Each resident of flooded villages to be paid 100 thousand tenge 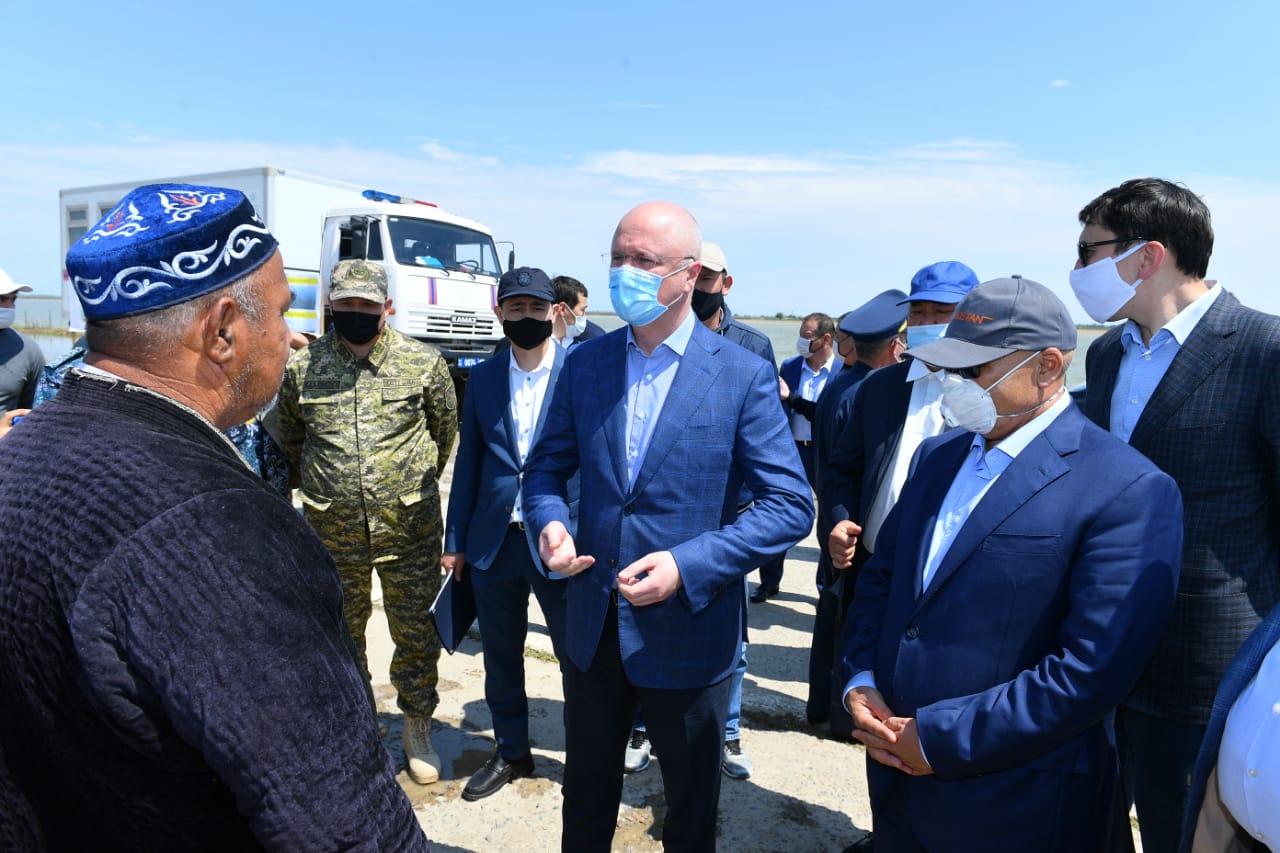 May 6, 2020, Government Commission headed by the Deputy Prime Roman Sklyar arrived in the flooding zone of the Makhtaaral district, Turkistan region.

After flying around the flooded territories, together with the Akim of the Turkistan Region Umirzak Shukeyev and Uzbek colleagues, the commission went to the flooded villages of Orgebas and Ferdausi. 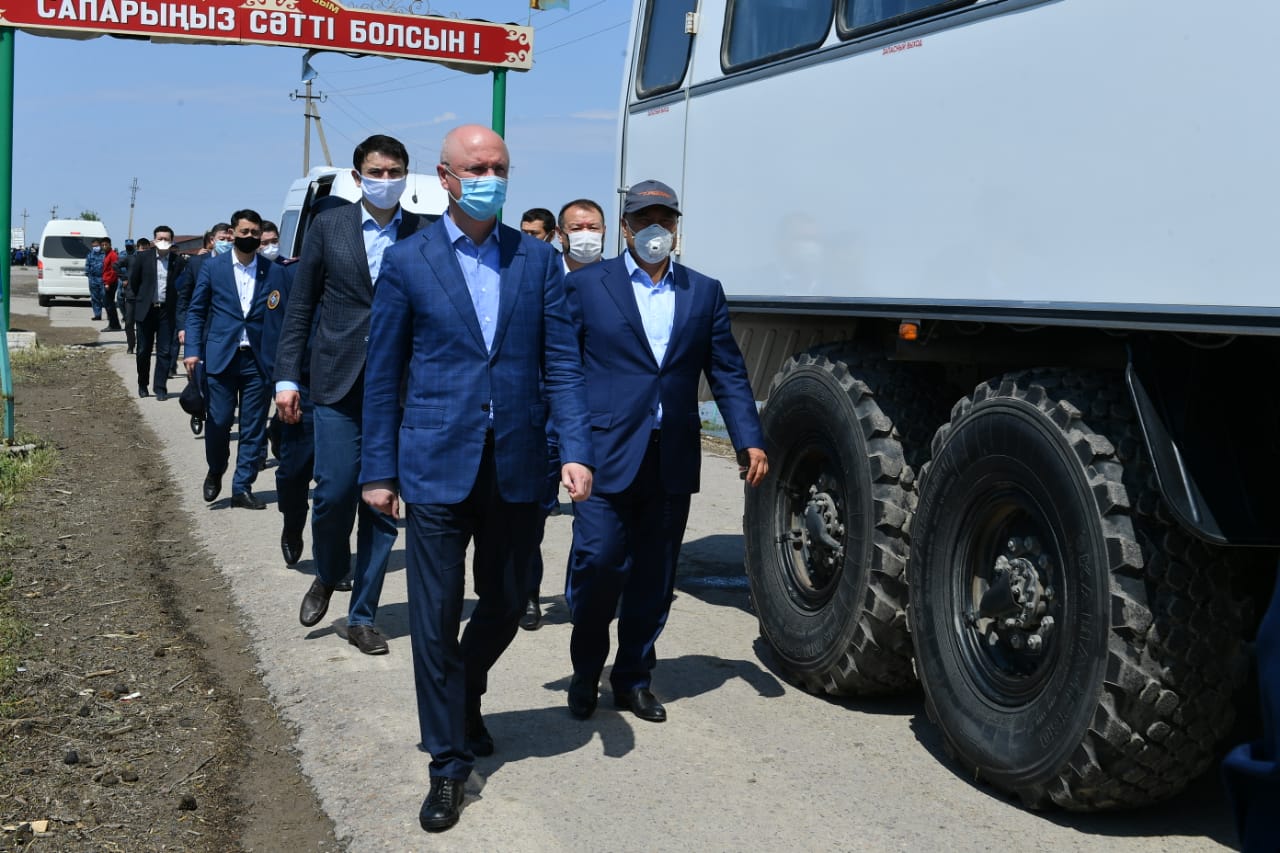 At the same time, over 100 pieces of special equipment (tracked and wheeled tractors, fire engines equipped with motor pumps) and 200 people, including hydraulic engineering specialists, arrived in the Makhtaaral district of the Turkistan region from Uzbekistan. 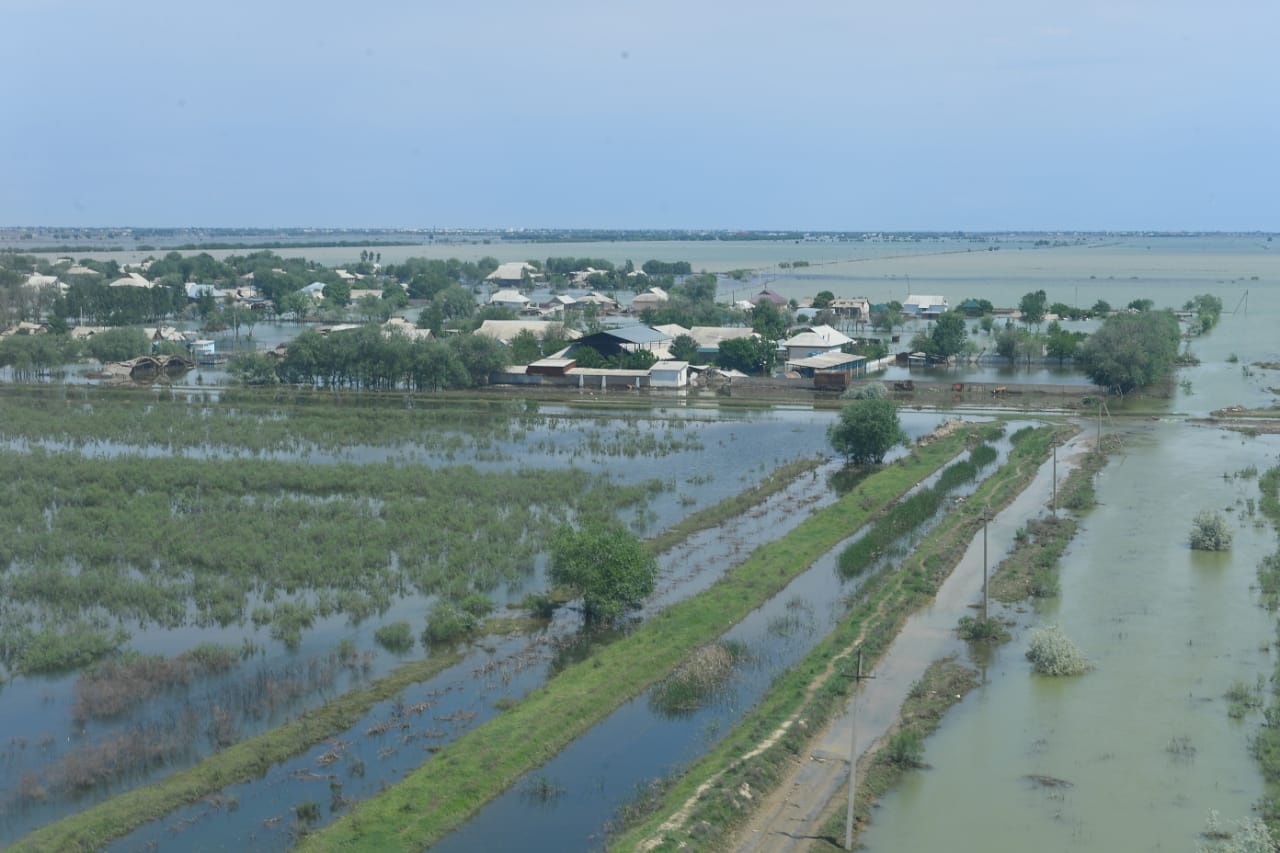 After visiting the flooded villages and getting acquainted with the situation on the spot, Roman Sklyar and Umirzak Shukeyev met with local residents affected by the flood. After listening to all the proposals made by the elders of the flooded villages, the state commission went to Myrzakent, where the headquarters meeting was held. 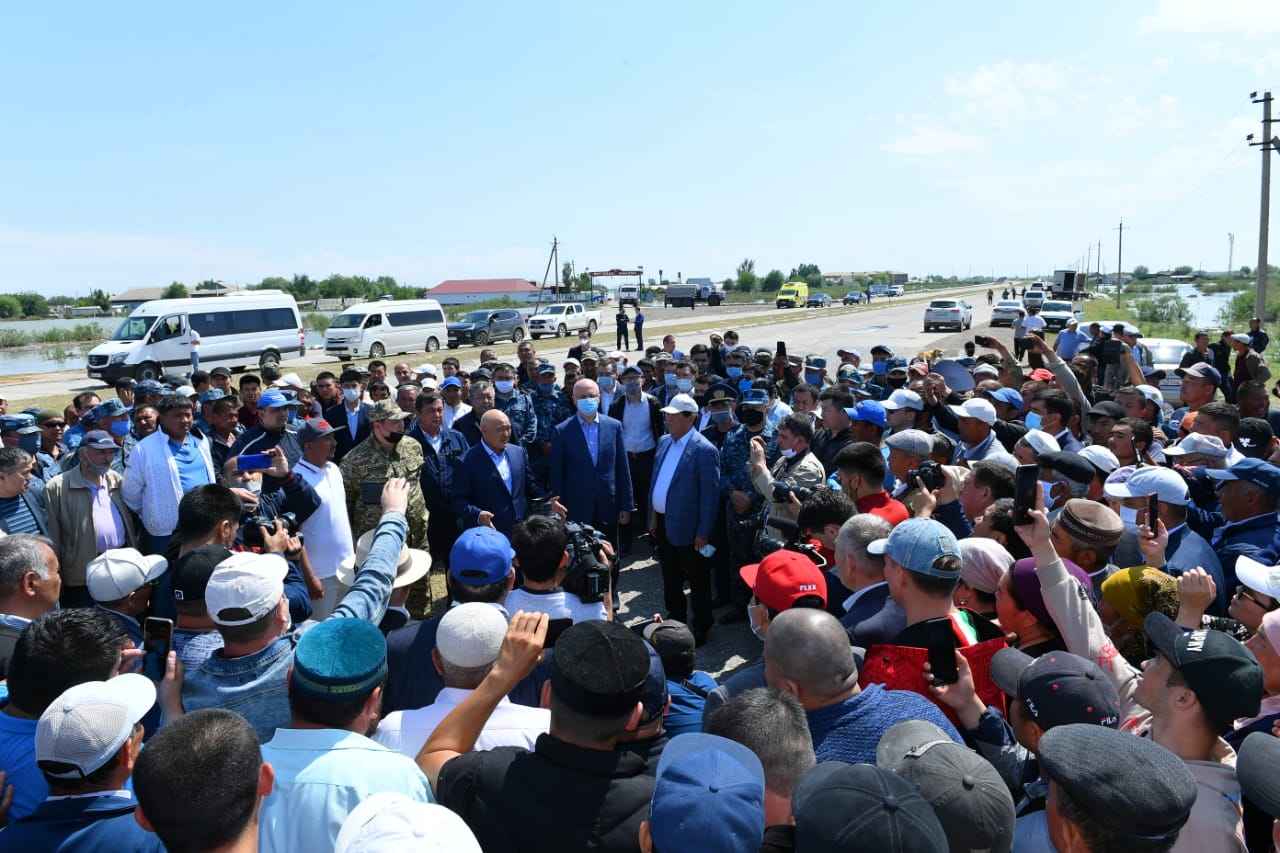 At the proposal of the head of the Turkistan region, the commission decided to pay 100 thousand tenge to each resident of the flooded villages.

A new microdistrict will be built on the outskirts of Myrzakent, where residents of the villages of Dostyk, Zhanaturmys and Zhenis will be resettled. All communications will be brought into the new housing estate, kindergartens and schools will be built. 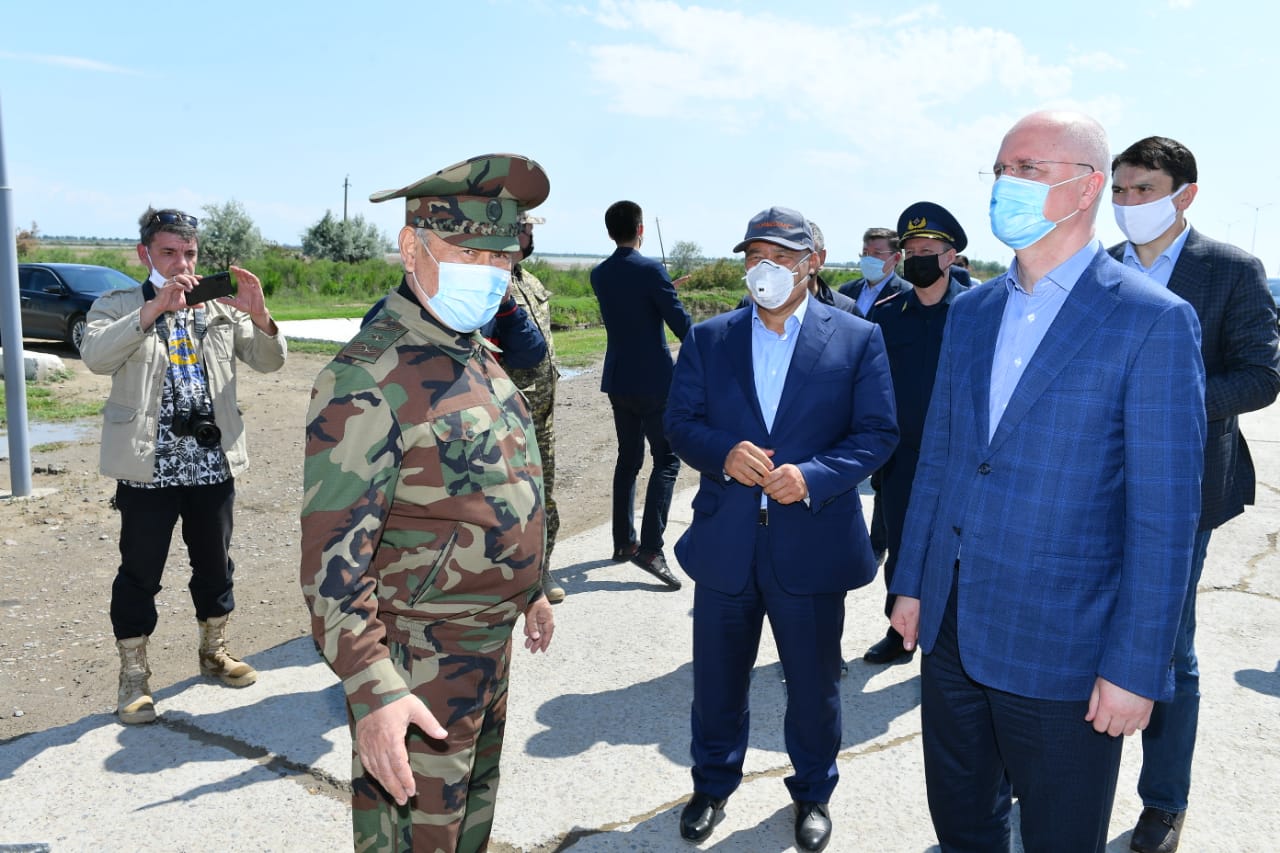 Residents of the flooded villages of Orgebas and Ferdausi are offered three options for solving the housing problem:

The villagers will have to make their choice at the rural gatherings.

The issue of compensation for losses to agricultural producers and livestock owners was also resolved. The damage will be recovered from the government reserve following the audit conducted by the commission of the operational headquarters for emergency response.

For agricultural loans, farmers will be granted a deferred payment.

To restore agricultural land, the Ministry of Agriculture of the Republic of Kazakhstan, together with the Research Institute of Agriculture, will restore the land and give recommendations on what crops can be planted this year.