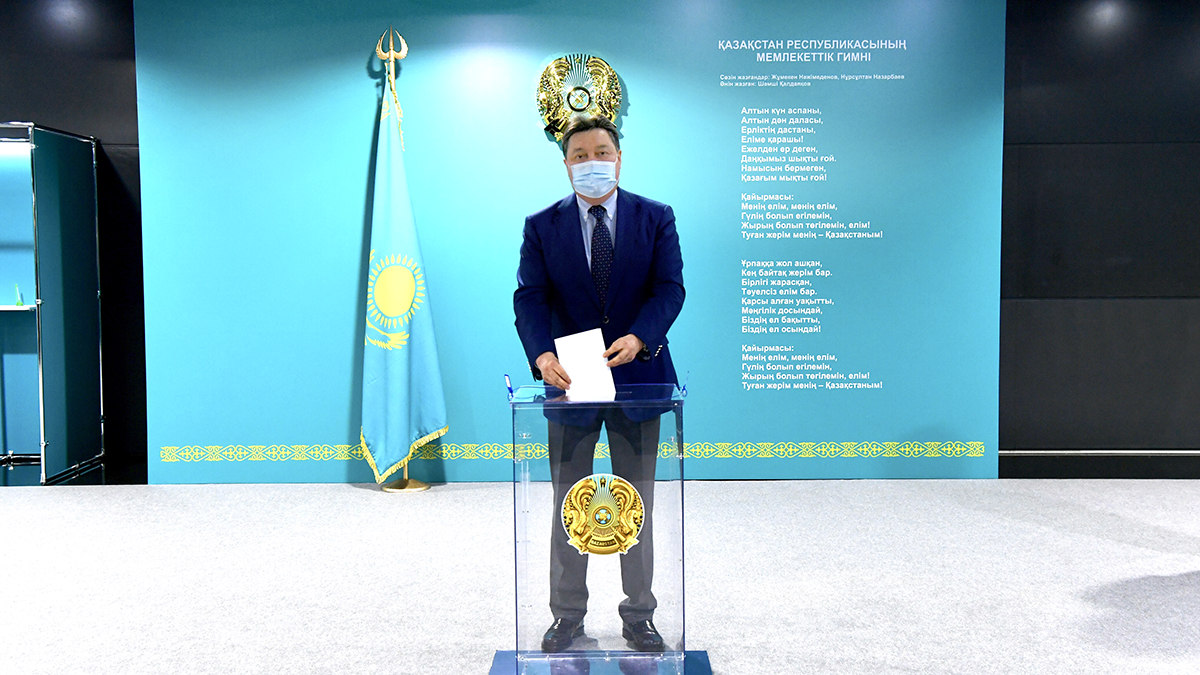 Voting is taking place in the building of the Palace of Peace and Reconciliation.

© 2019 - 2020 Press service of the Prime Minister of the Republic of Kazakhstan.
Developed by SoftDeCo.
Terms of use