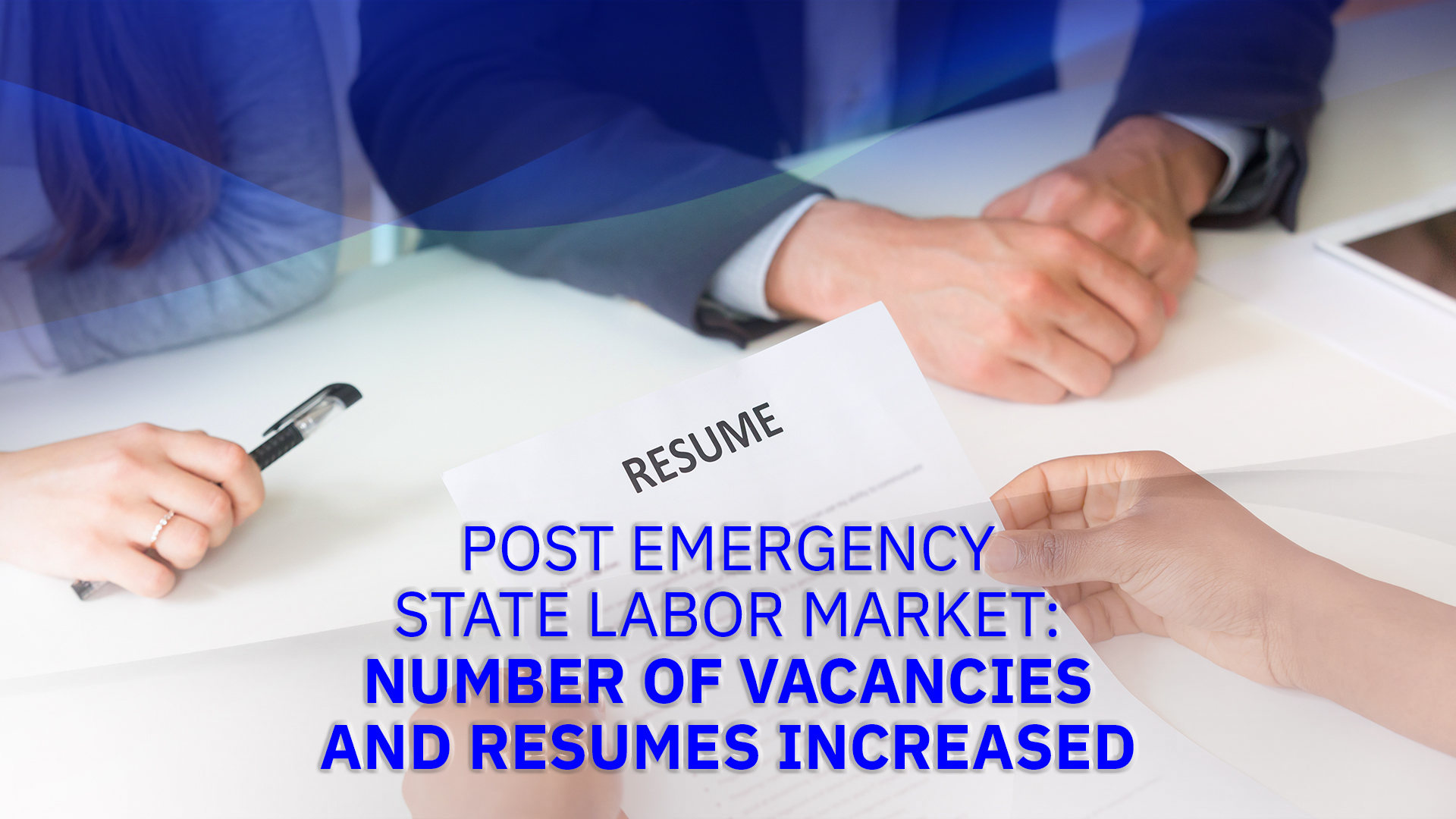 The gradual softening of quarantine measures and the implementation of state employment support programs have led to a revival of the labor market in Kazakhstan. To date, 125.4 thousand vacancies are posted in the database of the Electronic Labor Exchange. Primeminister.kz prepared an analysis of the labor market after the end of the state of emergency in the country.

According to the data of the Center for the Development of Labor Resources, a sharp decrease in the number of vacancies was observed in March — from 68.9 thousand to 34.2 thousand. The number of resumes from applicants decreased from 29 thousand to 20.1 thousand. However, a phased weakening quarantine measures and the resumption of work of enterprises intensified the market, and today 75.7 thousand resumes are posted in the database of the Electronic Labor Exchange.

The Head of State Kassym-Jomart Tokayev pays special attention to the creation of new jobs and the employment of citizens. On May 11, in his speech at the final meeting of the State Commission on Emergency State, the president noted the importance of creating new jobs through funded projects. So, this year, 1 trillion tenge was allocated from the budget for the implementation of the Employment Roadmap program.

The Employment Roadmap provides for more than 6.5 thousand infrastructure projects for the repair and construction of social facilities, engineering and transport infrastructure, irrigation systems, housing and communal services, and the improvement of settlements. Thanks to this, 255 thousand jobs will be created.

In general, within the framework of the implementation of all state programs, it is planned to cover employment of 1 million 220 thousand people, including creating 235 thousand permanent jobs.

What kind of specialists does the labor market need most?

As noted in the Center for the Development of Labor Resources, in general, three specialties are most demanded in Kazakhstan — nurses, security guards and drivers. They are the scarcest, as the demand of employers significantly exceeds the number of applicants. So, today in the database of the Electronic Labor Exchange there are 2.3 thousand resumes of nurses, 2.6 thousand resumes of drivers. Lawyers are in third place by the number of resumes. However, this specialty is the least popular among employers.

Two more specialties for which the number of resumes exceeds the number of vacancies, are file clerks and teachers of physical education and sports.

Kostanay region (17.7 thousand), Nur-Sultan (15.8 thousand), Karaganda region (10.9 thousand) are leaders in the number of available vacancies. The smallest number of vacancies are in Mangystau (3.1 thousand), Kyzylorda (3.6 thousand) and North Kazakhstan (3.6 thousand) regions. Moreover, the number of people looking for work in these areas is the largest. So, in the Turkistan region — 8.9 thousand resumes, the Mangystau region — 6.9 thousand and the Kyzylorda region — 6.5 thousand. On average, there are 219 resumes per 100 vacancies in the Mangystau region, 182 resumes in the Kyzylorda region, in Turkistan region — 112 resumes, in Almaty region — 105 resumes. The situation is exactly the opposite in the Kostanay region — 16 resumes per 100 vacancies, 26 resumes in Nur-Sultan, 27 resumes in Almaty.

Top industries with the highest number of vacancies in Kazakhstan

At the same time, the prevalence of the number of vacancies over the number of resumes in the context of professional groups is noted. So, for 100 vacancies, the smallest number of resumes falls on service and sales workers — 41, production equipment operators, pickers and drivers — 44, farmers and workers in agriculture and forestry, fish farming and fishing — 46.

In the Turkistan region, 630 vacancies were placed for farmers and workers in agriculture and forestry, fish farming and fishing, and the remaining regions posted less than 100 vacancies for this professional group.

It is worth noting that supply and demand are often located in different parts of the country. Thus, by regions, the largest number of resumes of professional specialists was posted in the Turkistan region — almost 4 thousand resumes. Here, the largest number of job seekers — specialist technicians and other supporting professional staff — 2.8 thousand resumes.

In terms of the structure of the posted resumes and professional groups, the largest share of job seekers — managers and civil servants is concentrated in Nur-Sultan — 7%.