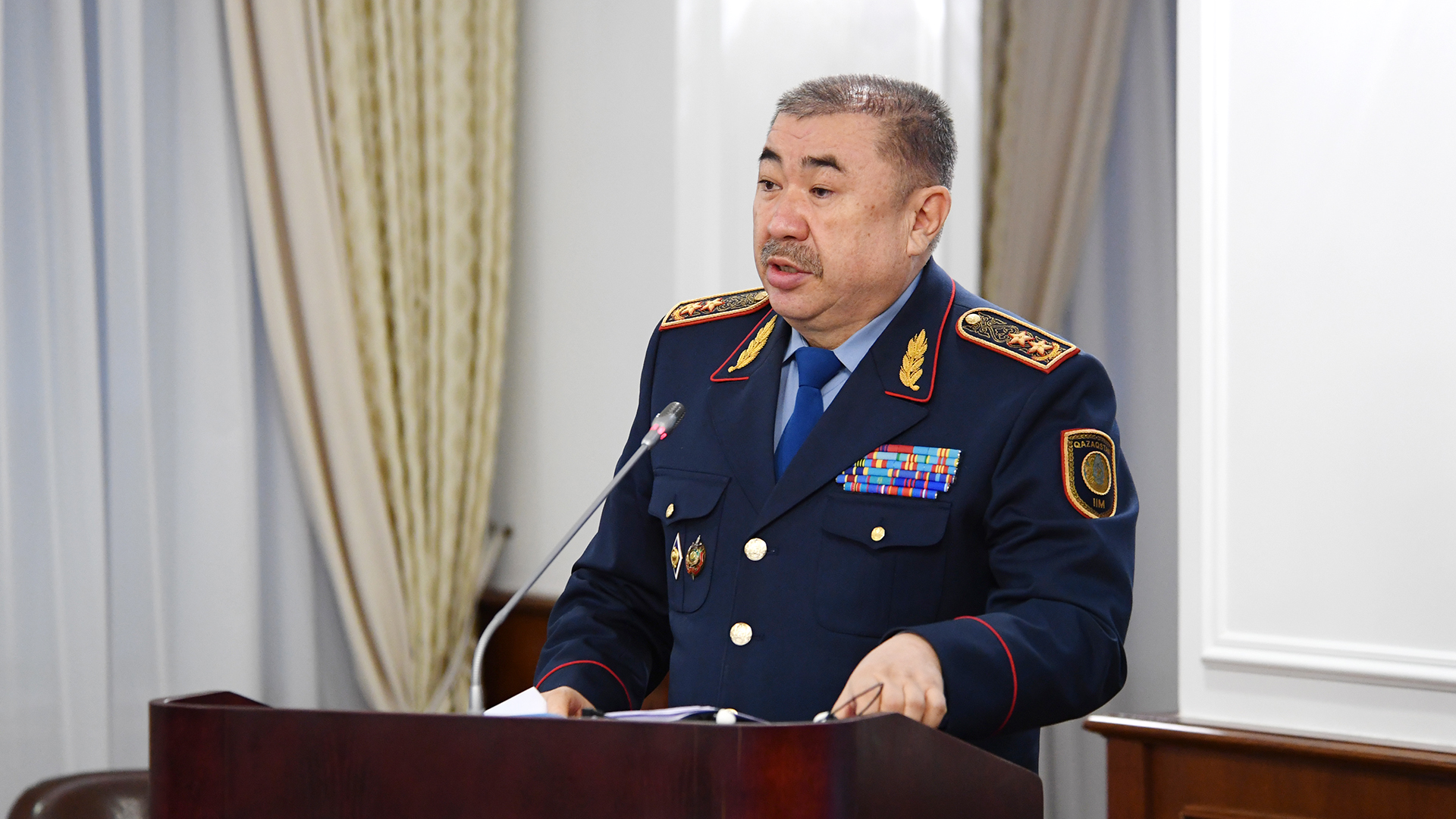 According to the minister, last week due to difficult weather conditions, traffic on a number of roads was closed. Hazardous weather alert notifications have been distributed through the media and SMS notifications. However, despite these warnings, many drivers were on the road at the time of the emergency.

According to the minister, the weather conditions negatively affected the situation on the roads. In particular, a sharp increase in temperature to "zero degrees" and the subsequent formation of ice, as well as limited visibility due to fog, rain and snowfall.

At the same time, in order to reduce accident rate, the police daily disseminated information through the republican and local media on the operation of vehicles in difficult weather conditions and traffic restrictions.

At the same time, according to Turgumbayev, often many drivers, while driving faulty vehicles, traveled along bypass roads to dangerous sections with closed traffic.

“Neglecting the rules of the road, in conditions of ice and limited visibility violated the speed limit and did not maintain distance, which was the reason for the accident,” the minister said.

In total, more than 120 vehicles and over 900 people were evacuated from snow drifts. Evacuated citizens were placed in heating points deployed in nearby settlements. To assist citizens in the regions, operational headquarters were deployed.

According to Turgumbayev, more than 200 employees of the Emergency Committee and 300 police officers, 170 units of rescue equipment and police cars, as well as special equipment of local executive bodies and road services were involved in saving people.

“The brigades of the emergency medical and rescue centers carried out 42 trips to the accident sites, provided medical assistance to 41 citizens,” the minister said.

Currently, the situation on the roads is stable; all necessary equipment and human resources are involved in ensuring their safe functioning.

“However, the weather in eight regions is still unstable. These are: East Kazakhstan, Atyrau, Akmola, Kostanay, Kyzylorda, Pavlodar, North Kazakhstan and Turkistan regions. In this regard, we urge akims of the regions to work together to monitor the situation and ensure road safety,” the minister of internal affairs concluded.