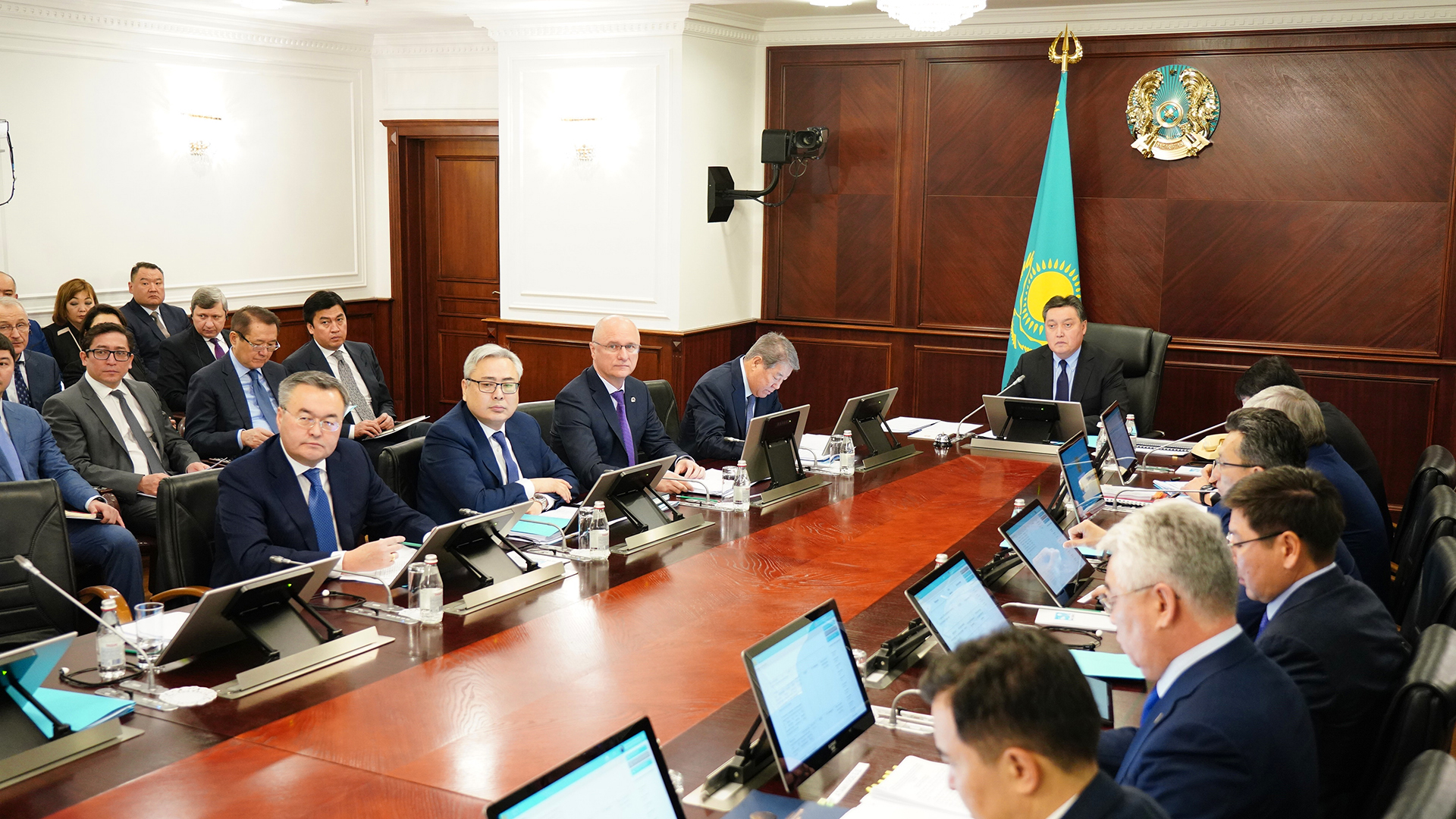 At the Government session chaired by Prime Minister Askar Mamin, a draft of the new Environmental Code of the Republic of Kazakhstan was considered.

The basic principles and innovations of the Environmental Code were presented by the Minister of Ecology, Geology and Natural Resources Magzum Mirzagaliyev. Comments were made by the chairman of the board of JSC Samruk-Kazyna SWF Akhmetzhan Yessimov, the position of the international expert community was voiced by the permanent representative of the UN Development Program in Kazakhstan Yakup Berish, the general director of Kazzinc LLP Alexander Khmelev expressed the opinion of large industrial enterprizes, and Chairman of the ECOM public association, coordinator of the Pavlodar Aarhus Center Svetlana Mogilyuk — of environmental public organizations.

The draft of the new edition of the Environmental Code was developed taking into account the experience of the OECD countries, as well as the views of the Kazakh public and business. Its main principle is “the polluter pays and corrects.”

The amendments provide for the application of the Environmental Impact Assessment Procedure only for large enterprises of the “first category”, and not for all nature users. At the same time, the public will participate in all stages of the EIA, and not once at the stage of environmental impact assessment.

Since 2025, comprehensive environmental permits (CER) will be applied for large facilities of the “first category” and a mechanism of the best available technologies (BAT) will be introduced, aimed at reducing emissions into the environment. Companies that switched to BAT are exempted from the payment for emissions; for the rest, the rates of payment for emissions will gradually increase 2, 4, 8 times every three years, starting in 2028 (from 2025 for the top 50 large enterprises). Obtaining CER will become mandatory for newly introduced enterprises. At the same time, local executive bodies are obliged to finance environmental measures at the expense of incoming environmental payments in the amount of 100%.

The draft Code provides for the creation of an automated system for monitoring the volume of emissions of harmful substances into the environment by the largest polluting enterprises.

The Code excludes the procedure for prior notification of verification of an enterprise on the fact of an environmental violation and complaints through the media, which will allow authorized state bodies to immediately respond and prevent damage to the environment. At the same time, administrative fines for environmental offenses will be increased 10 times.

The draft of the new edition of the Environmental Code also introduces a 5-step hierarchy of wastes and mandatory “phasing” in their treatment: prevention / minimization of formation — reuse, recycling, and disposal. Waste classification will be made in accordance with the European waste catalog, covering both non-hazardous and hazardous waste.

At the same time, the Waste to Energy mechanism is being introduced, that is, waste incineration with the subsequent generation of electricity by analogy with renewable energy sources. This will make it possible to reduce waste volumes to 30% by 2025 and attract investments worth more than 180 billion tenge.

“Improving the environmental situation in the country is one of the priority tasks assigned to us by the First President – Elbasy Nursultan Abishevich Nazarbayev and President Kassym-Jomart Kemelevich Tokayev. Every year, environmental safety issues are becoming more relevant,” said Mamin.

The head of government noted that the Code creates such conditions for enterprises when it is more profitable for them to invest in the modernization of production, new technologies than to pay fines for environmental pollution.

In order to ensure the adoption by enterprises of the best available technologies to reduce their environmental impact, the prime minister instructed to work out the issue of creating a BAT Bureau based on the International Center for Green Technologies and Investment Projects.

“Today, over 120 million tons of municipal solid waste has been accumulated at the landfills of the country. In order to reduce these volumes, I instruct akims of the regions, together with the Ministry of Ecology, Geology and Natural Resources, to work out the issue of providing land for the construction of facilities for sorting and energy waste disposal,” said Mamin.

In order to ensure the implementation of Kazakhstan’s obligations within the framework of the Paris Agreement, he head of government instructed to develop common approaches and mechanisms to achieve the targets in the development of the Low-carbon Development Strategy.