Prime Minister Askar Mamin received a delegation of the Regional Commonwealth in the Field of Communications (RCC), as well as Secretary General of the International Telecommunication Union Zhao Houlin and Director General of the Universal Postal Union Bishar A. Hussein.

The Head of Government was informed about the course of the 25th meeting of the Coordination Council of the CIS Member States on Informatization under the RCC (Sep. 16-17, 2019, Nur-Sultan), as well as preparations for the World Radiocommunication Conference, which will open at the end of October 2019 in Sharm el Sheikh, Egypt. 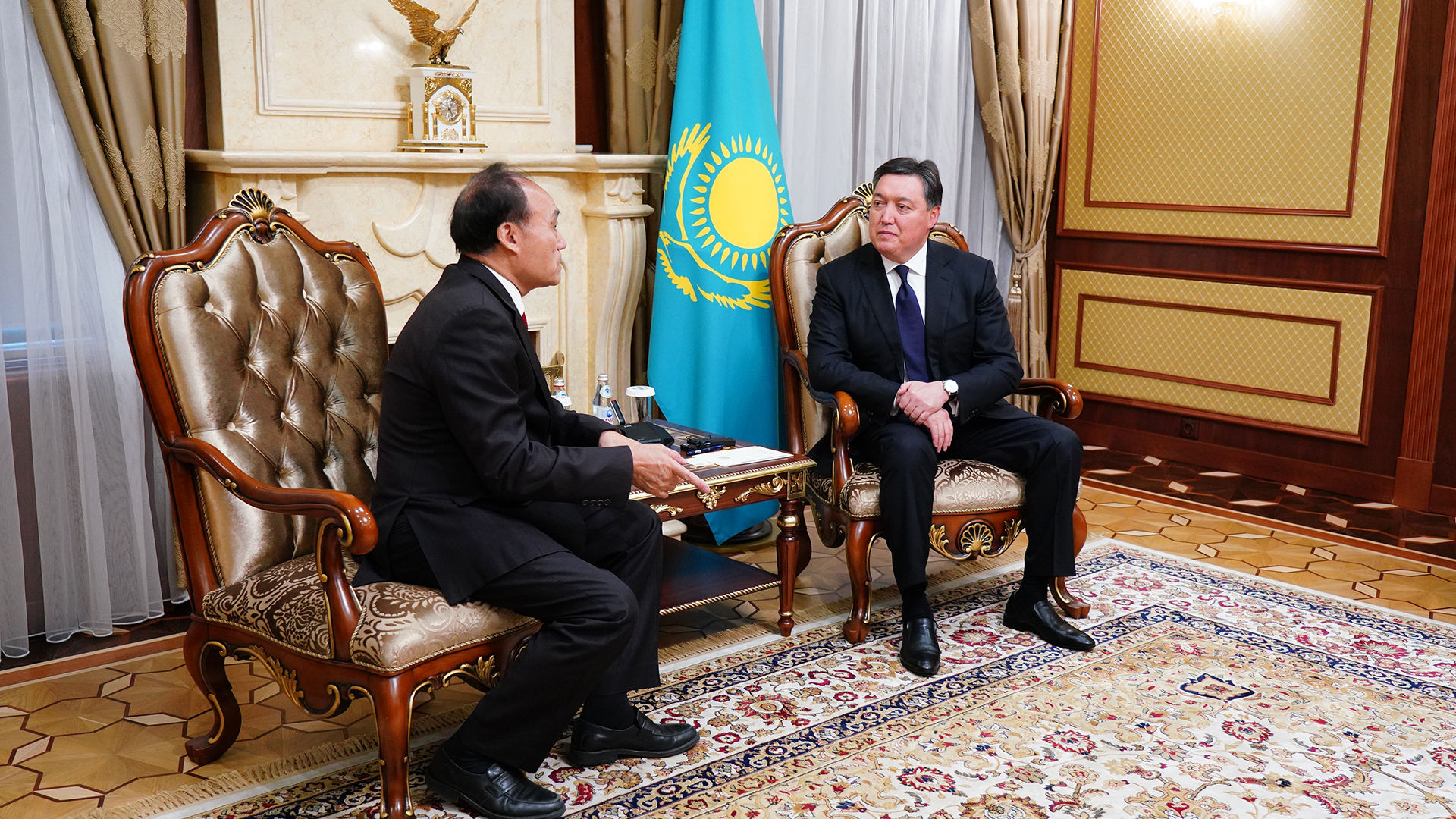 The Prime Minister Askar Mamin noted that Kazakhstan pays great attention to the introduction of 5G communication technologies, the expansion of broadband Internet access, as well as other projects on informatization and digitalization, which have a serious effect on the development of the Kazakhstani economy and increasing its competitiveness.

“Within the framework of the State Program Digital Kazakhstan, we plan to cover with high-speed internet and introduce high-tech types of communications by the end of 2023, covering all the basic and satellite rural settlements,” Mamin said.

The Head of Government informed about Kazakhstan’s plans to create a transport infrastructure capable of providing telecommunication traffic to Russia, China and Central Asia.

“Today we are carrying out preparatory work for the construction of fiber-optic communication lines along the bottom of the Caspian Sea with Azerbaijan with a deadline of completion by the end of 2021,” Mamin said.

The prime minister invited the RCC members to take part in the forthcoming forum “Digital Agenda in the Era of Globalization 2.0” in February 2020 in Almaty.

RCC is an international organization with the functions of an interstate coordinating body of the CIS in the field of electric and postal communications, and also has observer status in the International Telecommunication Union (ITU) and the Universal Postal Union (UPU). The RCC consists of 20 participants – 12 full members and 8 observers. The Coordinating Council includes the communications administrations of Armenia, Belarus, Kazakhstan, Kyrgyzstan, Moldova, Russia, Tajikistan and Uzbekistan.