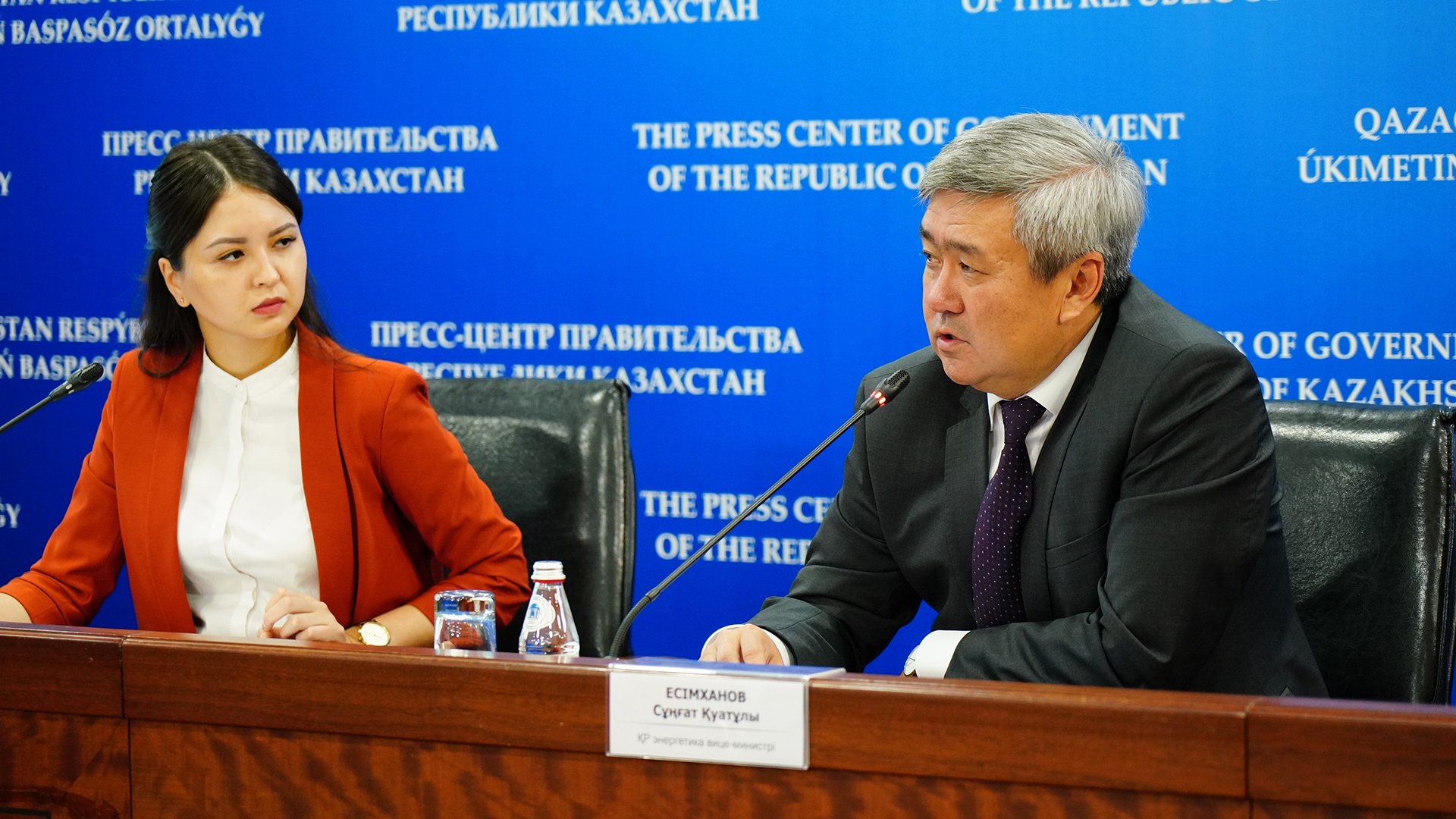 Sep. 19, 2019, at a briefing at the press center of the Government, the Vice Minister of Energy Sungat Yesimkhanov spoke about the preparations for the heating season.

Yesimkhanov informed that the unified electric power system of Kazakhstan is operating normally. As of Sep. 19, 2019, electric energy consumption in the republic amounted to 72.5 billion kWh, which is 1.7% more than last year.

At the same time, the vice minister emphasized that the preparation of energy enterprises for the autumn-winter period is being carried out in accordance with the approved repair schedules.

“Repair of 21 thousand km was completed on electric networks, power lines and 1,152 substations, which is 84% ​​and 92% of the annual plan, respectively,” Yesimkhanov said.

To prepare for the upcoming heating season, 428 boiler houses were repaired in the district heating zone out of 459, which is 93% of the annual plan.

According to Yesimkhanov, in a number of regions non-compliance and lagging behind the established deadlines in the repair schedule are observed.

“There are several examples when we get out of schedule. We say this as a warning to enterprises. For example, the power plant of Eurasian Energy Corporation JSC, which is located in Pavlodar region. This is the largest state district power station. Here, control is not only of the akimat, but also of the shareholders of our Committee. To date, two blocks have broken out of the schedule — No. 5 and No. 8. They were supposed to be completed in June and August, but, unfortunately, will be completed only at the end of October. I want to say right away that the state district power station has nothing to do with the heat supply, it will not create problems in the heating season. We note this because it can affect the energy system,” said the vice minister.

Yesimkhanov also voiced information on fuel storage at the stations.

“Our southern part has gas, so there is no need to prepare anything there, there are contracts. Kaztransgaz supplies, there are no questions. For coal — we have 20 large energy enterprises that are heated by coal. Today, there are already 4 million tons of coal at these stations. This year, the enterprises have done quite well. Compared to last year, more than 600 thousand tons of coal was prepared,” said the vice minister.

According to Yesimkhanov, there are standards — the distance from coal opencasts to the storage of energy sources should be 10-20 days. So, today almost all stations have coal reserves. For example, in the Ust-Kamenogorsk TPP, in which coal reserves should be for 20 days, coal is now stored for 38 days. At Balkhash CHP, which is characterized by a small coal consumption, coal was delivered, which should be enough for 2-3 months.

The country has 460 boiler houses with district heating. Of these, 428 are ready for the heating season. About 30 boiler houses in the southern regions are completing commissioning and should be ready by early October.

The Ministry of Energy approved a schedule for the supply of “social” fuel oil in the amount of 277 thousand tons at a price of 100 thousand tenge, including VAT.

“In general, preparations for the upcoming heating season are held in a stable mode,” the vice minister of energy said in conclusion.