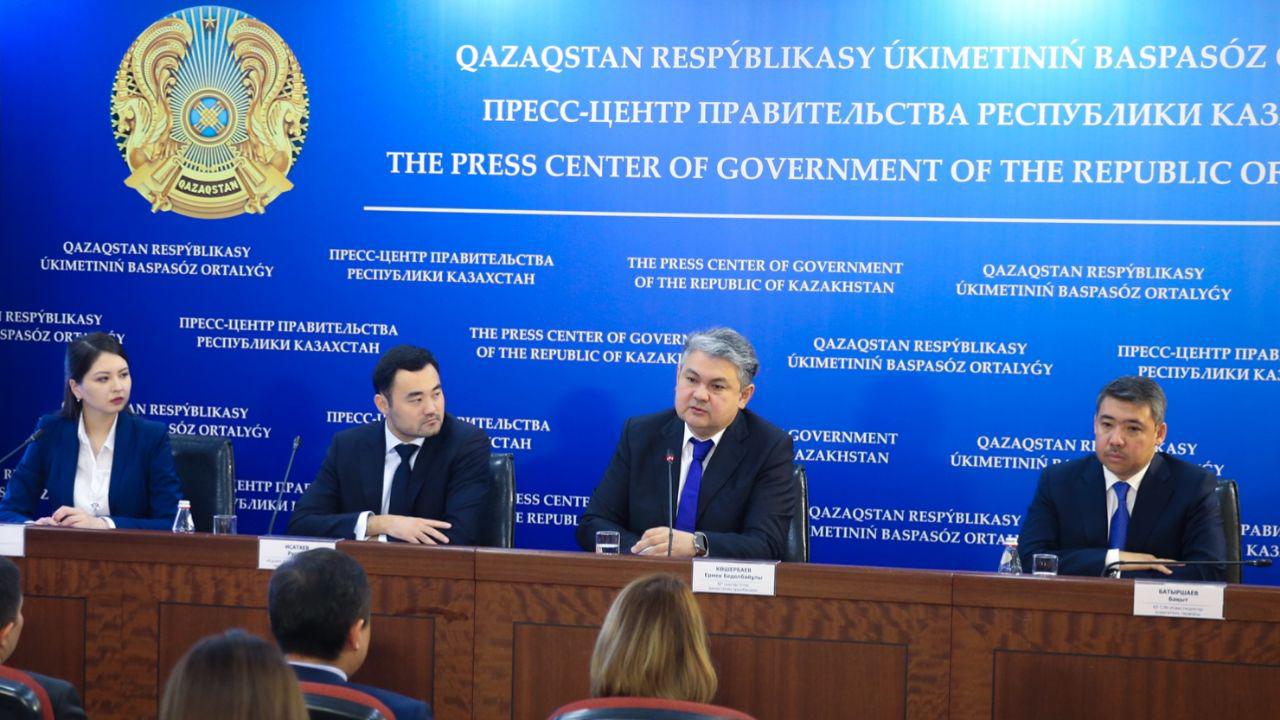 June 21 at the briefing in the press center of the Government, Vice Minister of Foreign Affairs Yermek Kosherbayev and Chairman of the Investment Committee of the Ministry of Foreign Affairs Bakhyt Batyrshayev told about measures taken to attract foreign investment in the economy of Kazakhstan.

On instructions from the First President – Elbasy Nursuktan Nazarbayev, in December 2018, investment attraction functions were transferred to the Ministry of Foreign Affairs. This decision was very timely for achieving ambitious goals of the further development of our country in the context of increased competition for investment in the world.

“In his inaugural speech, President Kassym-Jomart Tokayev noted the need to attract and protect investments, stimulate business activity and form a wide middle class. Attracting investment is creating new jobs, improving the skills of Kazakhstani personnel, transferring innovative technologies, as well as increasing tax revenues to the state budget. That is, our work will also favorably affect the resolution of social problems of society,” said Kosherbayev.

In order to fulfill these tasks, a new system for attracting foreign investment has been created, and it is constantly being improved.

Within the framework of the new system, it is envisaged to strengthen interaction with foreign institutions and use this infrastructure as one of the main instruments for attracting investments. Kazakhstan has 93 missions abroad, now all of them are focused on active work on attracting new investments.

A three-tier system has been built in the format of a foreign institution-center-region, which allows you to work with every investor and project point-by-point, at all levels. This mechanism allows you to broadcast projects from the regions directly to overseas agencies to search for potential investors, and vice versa.

In addition, there are institutions that are also working to attract investment. It is the national company Kazakh Invest, the International Financial Center Astana and the Direct Investment Fund.

Also, the new system provides for the expansion of the geographic coverage of potential investors. Forty investment countries have been identified to attract them to priority sectors of the economy. The main focus is in the direction of advanced countries. These are the USA, Germany and Japan.

In general, since the beginning of the year, overseas institutions held over 1,000 meetings and identified 128 projects with high implementation potential.

In addition, since the beginning of the year, 17 investment events have been held, at the sites of which a number of significant strategic documents have been signed.

Work is underway to create front offices in all regions, where all the relevant permitting authorities will be assembled on the same site.

The investor only needs to turn to “one window” and he will receive all the necessary assistance for the implementation of his project.

“Moreover, we strive to ensure that the front offices are directly connected with the embassies. If, for example, an investor comes to the Embassy and questions arise regarding the cost of connecting certain communications, the availability of these communications, electric and thermal capacities that are necessary for investors in a particular region, then the Embassy can directly request and be in contact with the front offices. The work continues. We think we will complete it in July. By the end of the year, front offices should appear in all regions,” said the vice minister.

He also said that the Coordinating Council for Strategic Investors was established, whose activity is aimed at simplifying the procedures for entering the Kazakhstan market to large investors. The Council includes the entire composition of the Government and any decision will be taken collectively. June 26, 2019, the first meeting of the Council will be held. On the agenda are the five very important issues to improve investment policy.

At the same time, Kosherbayev stressed that the purpose of the ministry is not only to attract investors, but to bring them to the most important sectors of the economy. Thus, priority sectors have been chosen, in which there are substantial reserves for the implementation of large projects. These are food industry, agrochemistry, agricultural engineering, gas chemistry, information and communication technologies, and the mining and metallurgical complex. Currently, the Ministry of Foreign Affairs together with the national company Kazakh Invest are working on projects in these sectors.

“We are always ready to assist all investors entering the market of Kazakhstan, also through measures of state support of investments. These are tax breaks, investment preferences, natural grants,” said Kosherbayev.