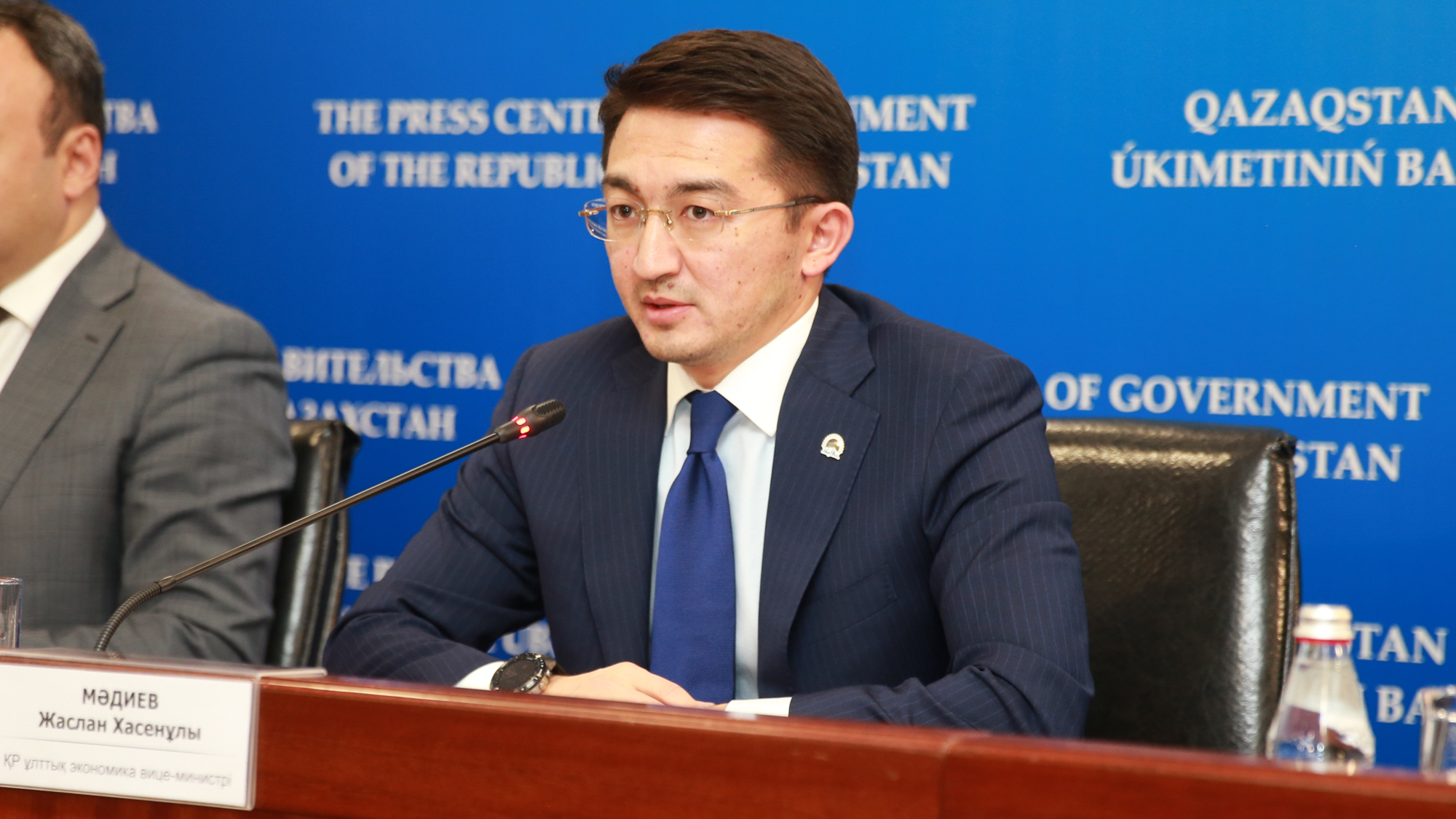 Improving the business climate ensures the growth of small and medium-sized enterprises, which contributes to the economic growth of the country, Vice Minister of National Economy Zhaslan Madiyev said at a press conference in the Government.

According to him, over the past two years, Kazakhstan has risen 11 positions, demonstrating the record results of reforms adopted by the Government since 2014 as part of 7 packages of legislative initiatives.

According to official statistics, the share of small and medium-sized enterprises in GDP for January-June 2019 in the republic amounted to 28.5%. The task is to bring this indicator to 30% by 2025 and to 50% by 2050, which corresponds to the level of developed countries. In January-June 2019, the output of small and medium-sized businesses amounted to 12.7 trillion tenge and increased compared to the corresponding period of 2018 in comparable prices by 10.8%.

So, in 2018, the Law on Improving the Regulation of Entrepreneurial Activities introduced the institution of preventive control in place of inspections carried out on a random basis.

The difference between preventive control and spot checks is the prevention and prevention of offenses without initiating administrative proceedings. The terms for conducting business inspections by government bodies have been reduced from 30 to 15 days.

At the same time, work is underway to introduce a moratorium on inspections of small businesses, including micro-businesses, from Jan. 1, 2020, for 3 years, which also contributes to favorable conditions for the development of entrepreneurship.

“So, over the past 10 years, a risk-based approach has been introduced for the selection of audited entities based on an assessment of the risks of a particular activity, the institute of random inspections and alternatives to inspections have been introduced, with the adoption of the Entrepreneurial Code, general risk management approaches for state bodies and approved criteria for assessing the degree of risk and checklists.

Thanks to the reforms carried out on a systematic basis, the total number of inspections against business entities has decreased by more than 4.3 times since 2010,” the speaker explained.

Today, the total number of permits has been reduced by more than 70%. The adoption of the Law provided a reduction in pressure on business, a reduction in the number of administrative barriers and unloading of state bodies from unnecessary functions, as well as the creation of the most favorable conditions for the development of entrepreneurship.

As the vice minister of national economy noted, today entrepreneurs have the opportunity to get a wide range of support tools in the form of subsidies and guarantees for loans from second-tier banks, grants by small businesses to implement new business ideas and industrial and innovative projects as part of business incubation as well as training, internship abroad, service support.

In addition, Kazakhstan has been actively cooperating with the World Bank for 25 years. From year to year, various projects are being implemented that exceed $8 billion — these are 47 projects.

“Today, about 13 projects worth $3.7 billion are being implemented with the bank. Here, I would like to note the initiatives within the framework of the bank’s technical assistance, which is provided to Kazakhstan. We are working closely on projects such as improving productivity in various sectors of the economy. In particular, it is in the field of agriculture, monetary policy, which ensure the stability of public finances. All work with the World Bank is aimed at joint improvement and doing business,” Madiyev said.

According to him, the Doing Business ranking is an objective indicator that guides both local and foreign investors. Moreover, it is not limited only to investment cooperation, well-known rating agencies also use it for guidance.

“The facilitation of business conditions gives impetus to the development of SMEs: it is diversification of the economy, better services, increased competition in the country,” he added.