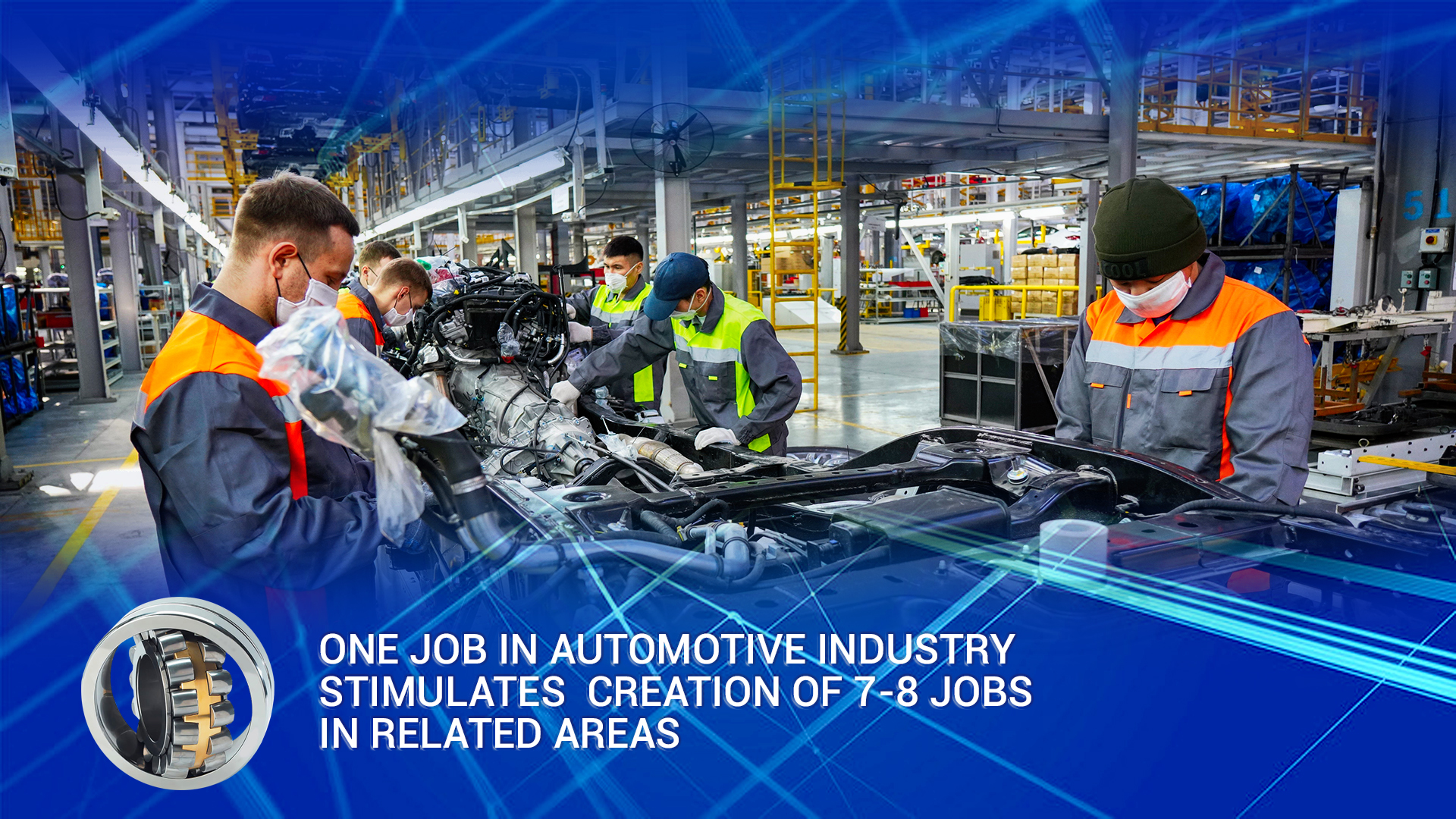 Automotive industry is an integral part of the industrialization of the economy and the most important industry of the state. The industry ensures the stability of the agricultural sector, the energy and metallurgical sectors, transport and other key sectors, which largely determines the material consumption of the economy, labor productivity and economic security of the country. Over the years of the implementation of the industrialization program, the volume of production in the engineering industry has increased almost three times and exceeded the mark of 1 trillion tenge. Read more about the industry development and prospects for further growth in the review by Primeminister.kz. 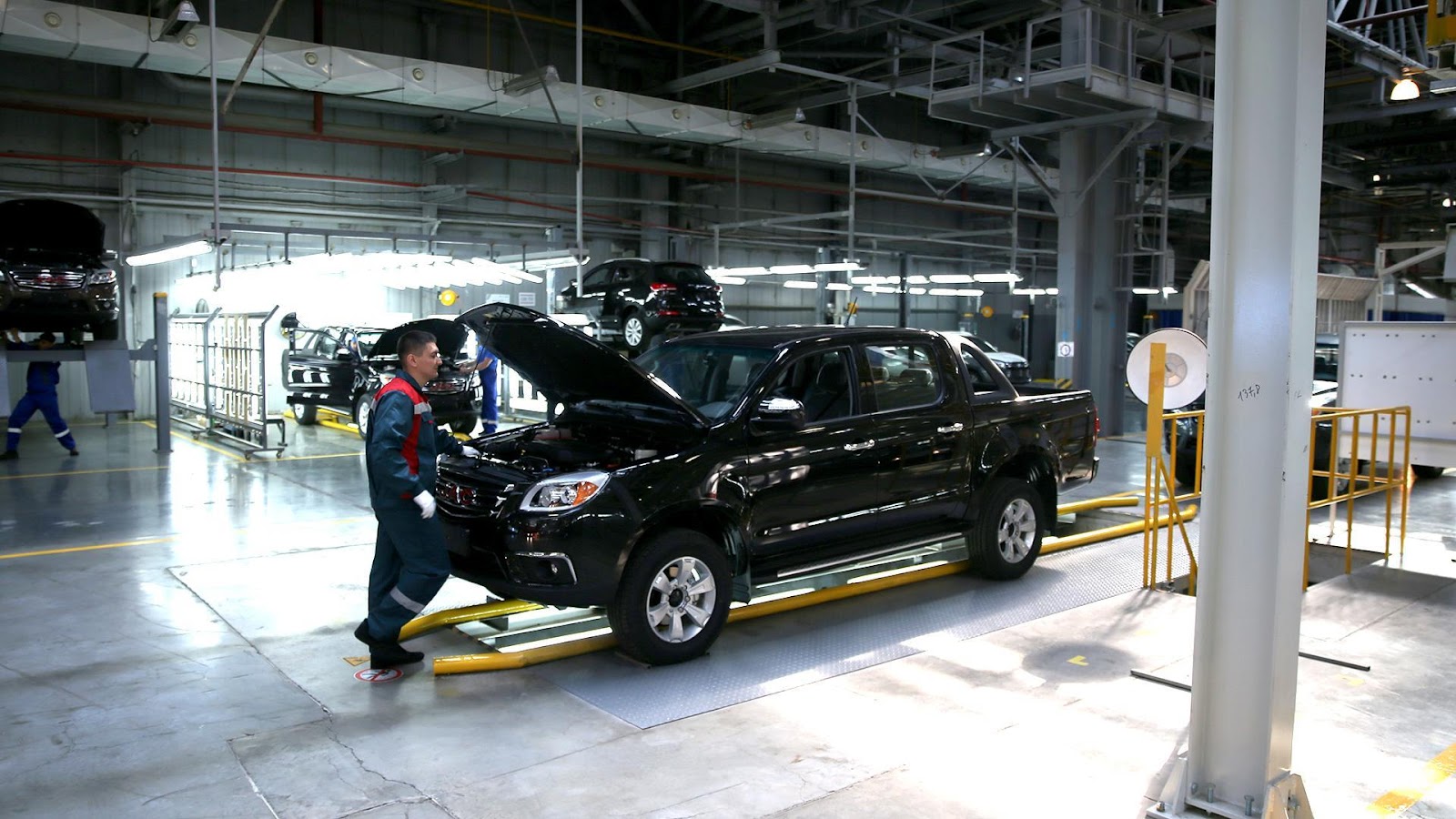 In the framework of new technological trends, such as Industry 4.0, the entire industry, in particular engineering, is aimed at increasing efficiency and productivity by making high-tech decisions on automation and digitalization of production.

One of the main advantages of the development of engineering industries is a powerful multiplier effect. The multiplier effect reflects the degree of influence of an individual industry or sector on the growth of the economy as a whole through the creation of additional demand in other sectors and sectors of the economy, and therefore, jobs. One workplace in the automotive industry stimulates the creation of about 7-8 jobs in related industries. 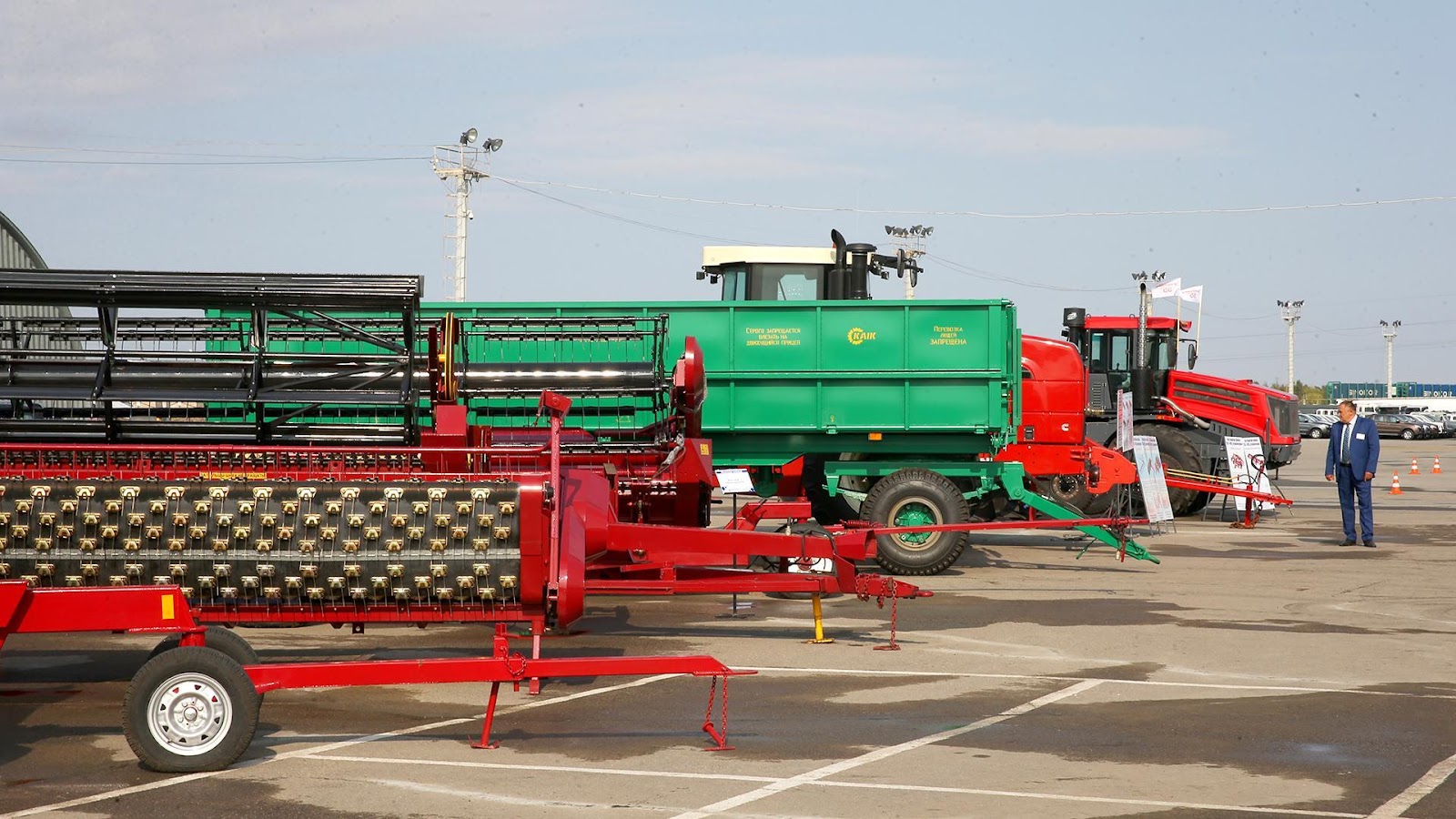 So, the production of machinery and equipment, electrical equipment, vehicles, which are related to the branches of mechanical engineering, has the greatest multiplier effect on other sectors of the economy. 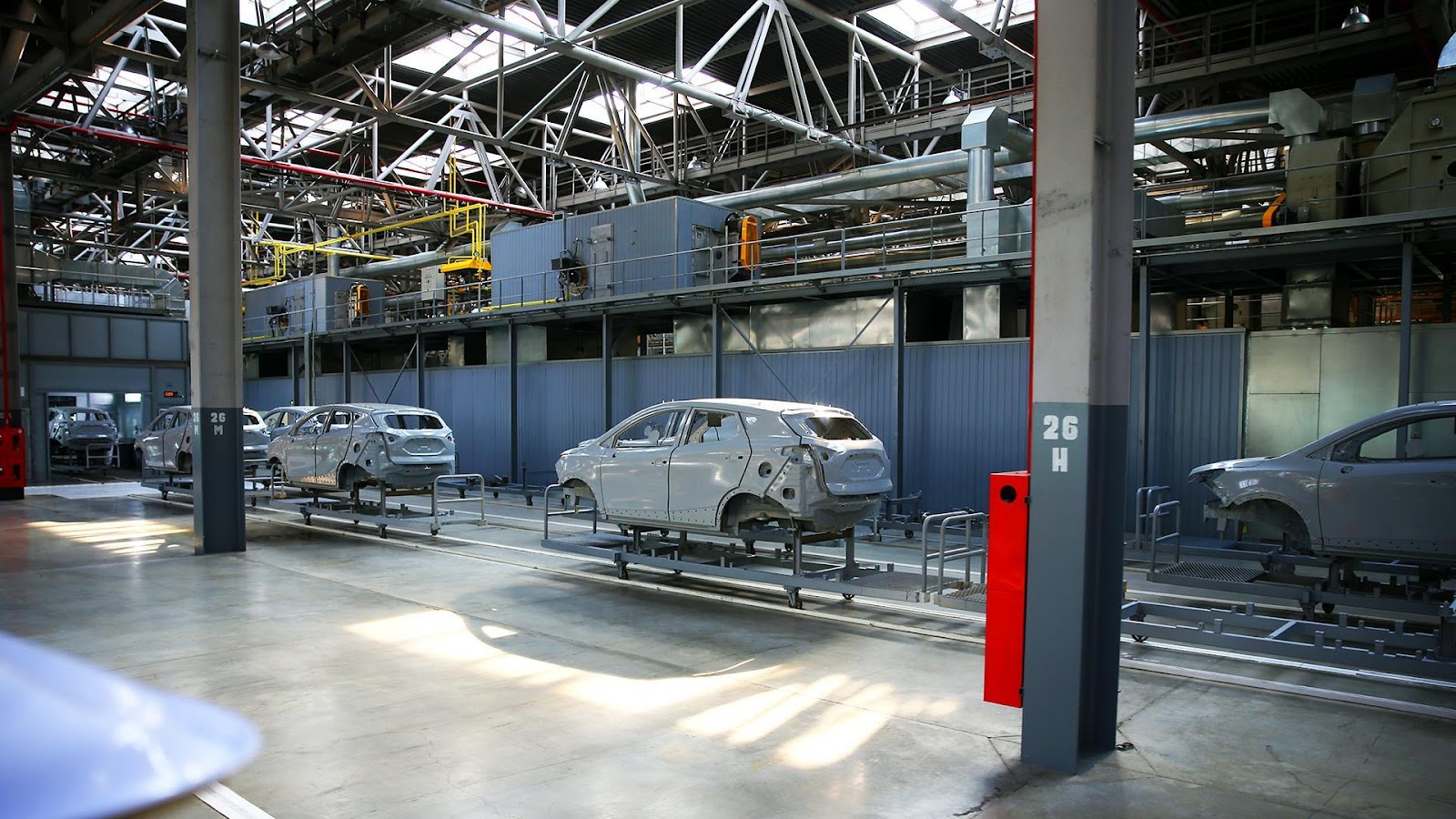 Thus, mechanical engineering, being a complex diversified industry segment, favorably affects the rest of the economy as a whole, contributes to the growth of competitiveness and complexity of the economy, technical progress and the overall increase in the quality of life of the population of our country.

In Kazakhstan, engineering industries are the main areas within the framework of the State Program of Industrial and Innovative Development of the Republic of Kazakhstan for 2015-2019. Prior to this, as part of the first stage of the country's industrialization, mechanical engineering was identified as one of the priorities for state support and growth promotion. At this moment, there was a sectoral development program for 2010-2014.

In developing the second stage of the country's industrialization, various sectoral programs were combined in the framework of the Unified State Program to overcome fragmentation, thereby substantially reformulating the goals in industrial policy. The second five-year plan included system-wide measures of industrial development in the financial sector, human resources, infrastructure, technology and innovation, internationalization, small and medium-sized enterprises, and industrial regulation. In addition, targeted support measures have been identified involving support in 14 manufacturing sectors. In this connection, the development of the entire manufacturing industry was brought under a single program and conditions, without division into individual industry programs.

Now Kazakhstan is looking towards new technological solutions and the introduction of advanced world experience in developing not only the economy, but also the manufacturing industry in particular.

So, in 2019, the volume of production of machinery and equipment increased by 20.9%. There are 2,664 enterprises operating in the machine-building industry, and more than 64 thousand workers are employed. In 2019, seven new projects were introduced, 1,080 jobs were created. 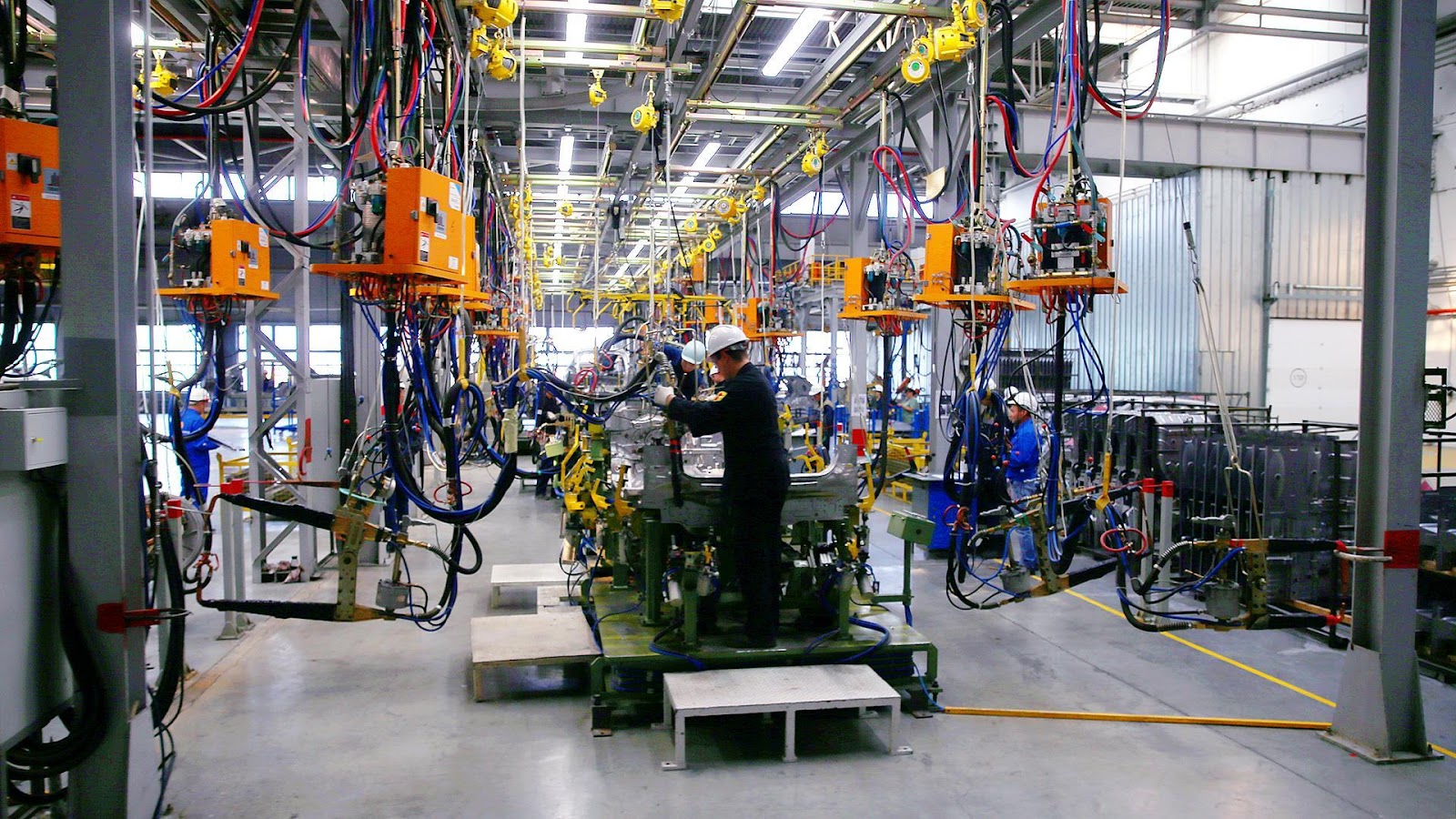 In 2019, growth was 62.5%, more than 50 thousand vehicles were produced. Kazakhstan has 51 enterprises producing cars and other motor vehicles.

The share of automobile production in mechanical engineering over nine years has grown from 5% to 26%. In 2019, 50,447 vehicles were produced.

Roadmap for Development of Mechanical Engineering

The highest growth dynamics among the engineering industries is demonstrated by the automotive industry. Actively developing production in the sectors of electrical, agricultural, railway, mining and oil and gas engineering.

In fact, all of these sub-sectors of engineering are priority. In general, production growth is forecasted due to the opening of new industries in electrical, agricultural engineering, the production of automotive components in the automotive industry, etc. 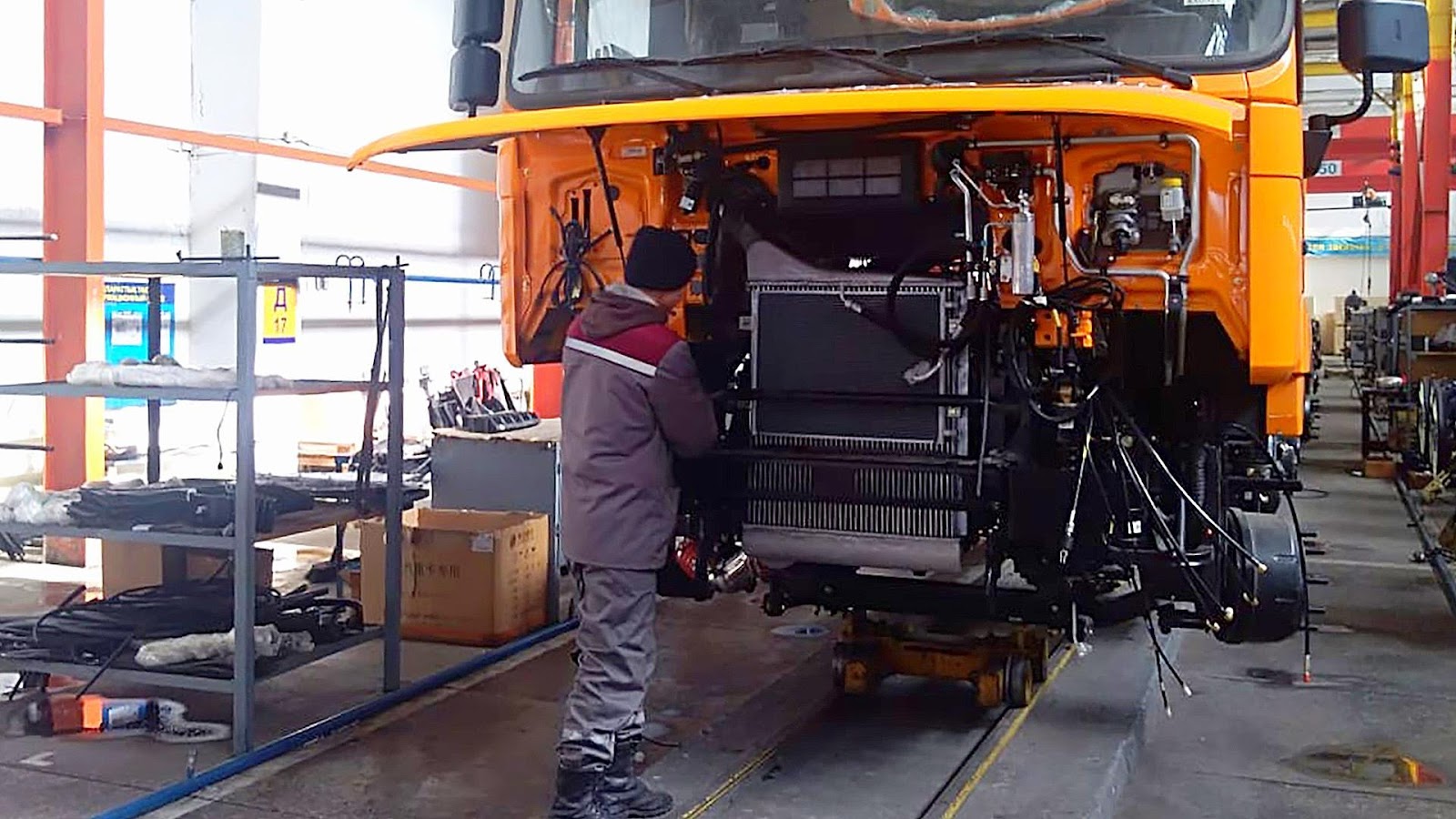 Among the main domestic manufacturers of electrical equipment, the following can be distinguished:

In electrical engineering, there is an increase in volumes of the largest players in the sector, at Kainar-AKB LLP – more than 50% of production goes to export markets. The ministry provides assistance in promoting products on the markets of Uzbekistan, the Russian Federation, the United Arab Emirates, the Republic of Belarus, etc.

What has been Done in Recent Years? 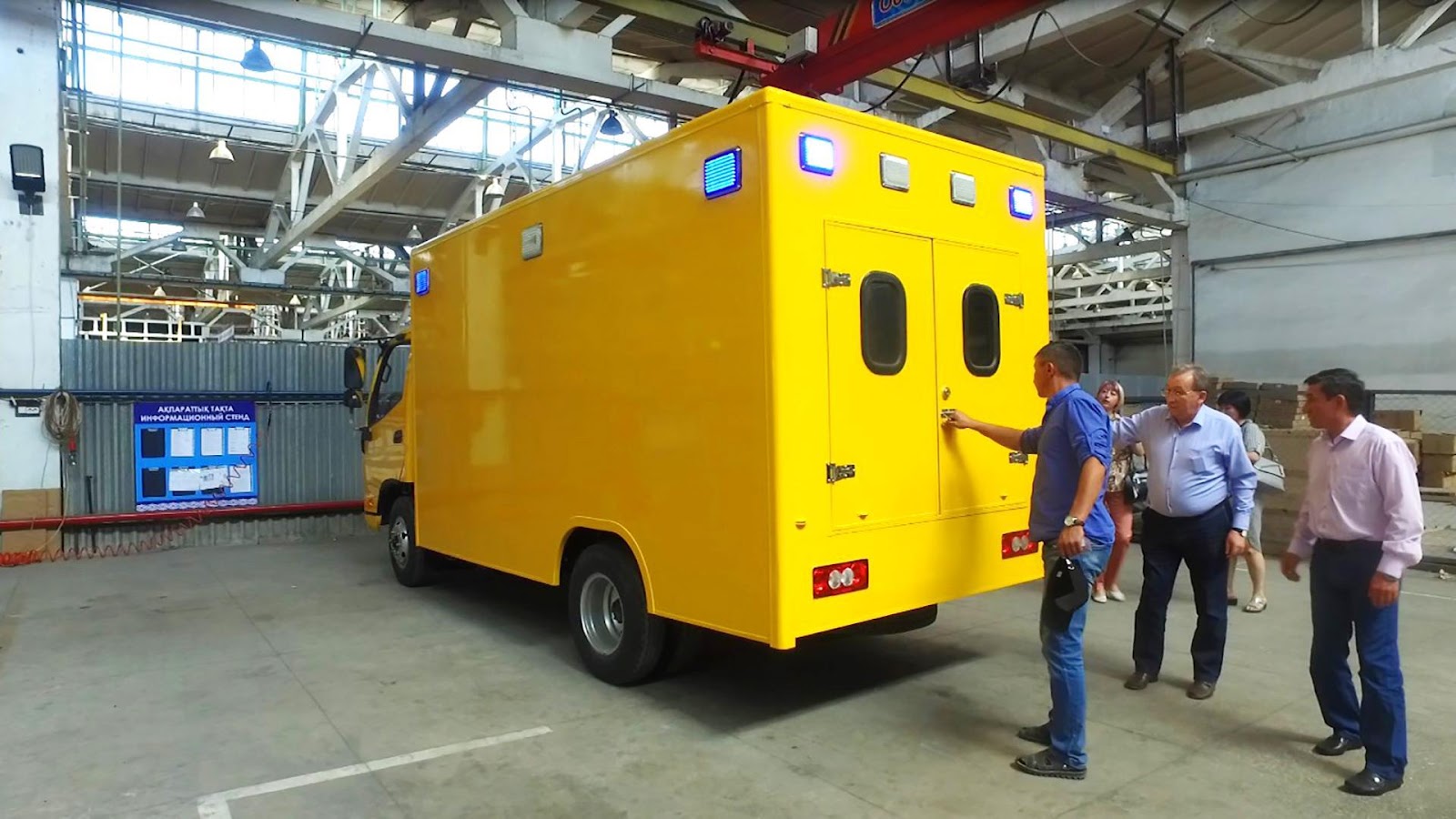 On behalf of the Prime Minister Askar Mamin, together with the Ministry of Energy, in 2019, an analysis of the range of purchased products of oil and gas engineering was carried out at the Karachaganak, Kashagan, and Tengiz fields. A joint action plan has been developed and approved. As part of this plan, work is underway to conclude long-term contracts for oil and gas engineering enterprises with oil and gas sector operators.

Mining engineering enterprises also work to conclude long-term contracts with enterprises of the SWF Samruk-Kazyna and other subsoil users. 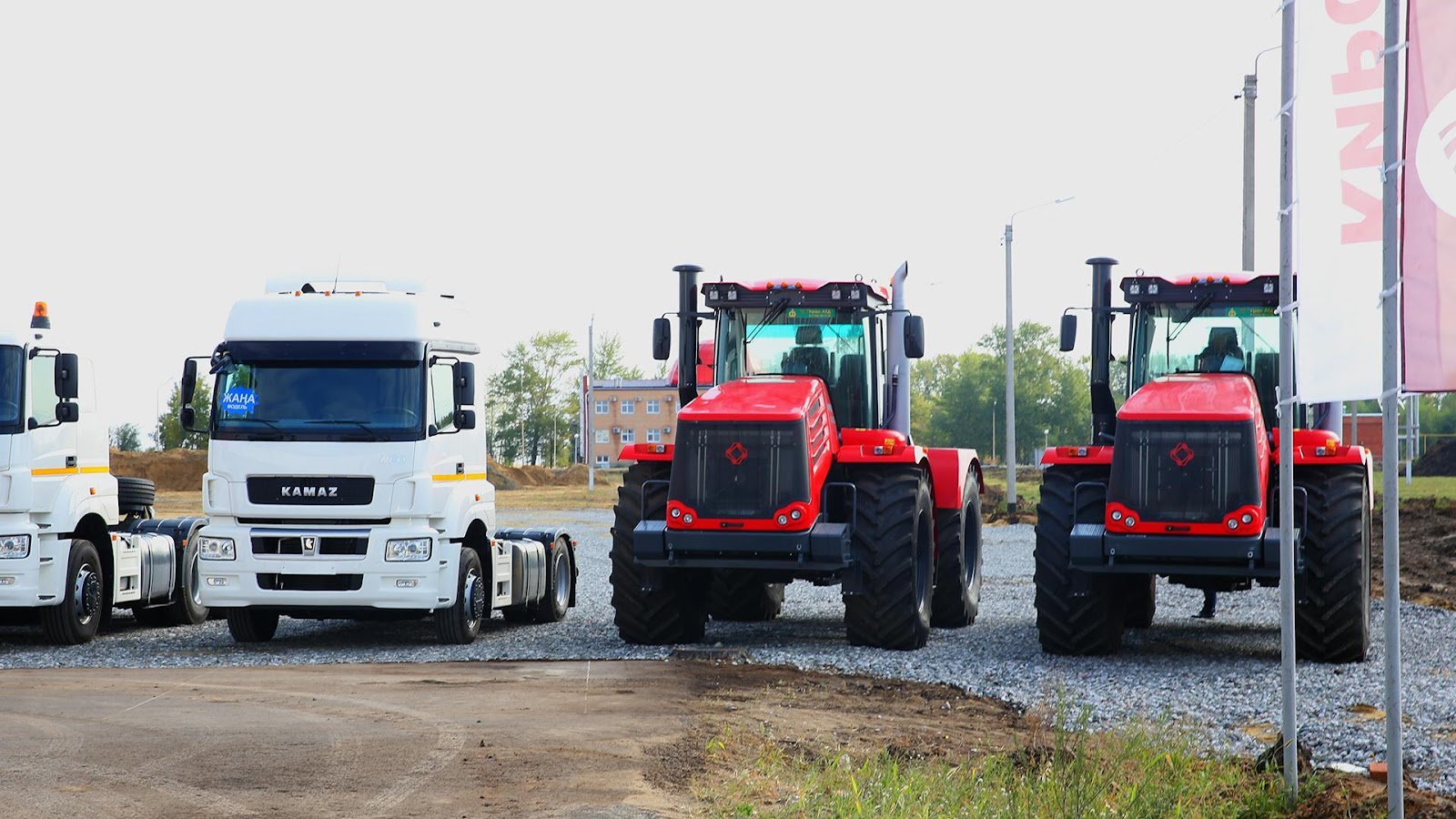 The Ministers of Industry and Trade of the Russian Federation and Industry and Infrastructure Development of the Republic of Kazakhstan on July 3, 2019, in Moscow approved a Program of Joint Actions in Industrial Cooperation between the Russian Federation and the Republic of Kazakhstan and a List of key projects, which include items of Agromashholding JSC and Petersburgsky Tractorny Zavod JSC. 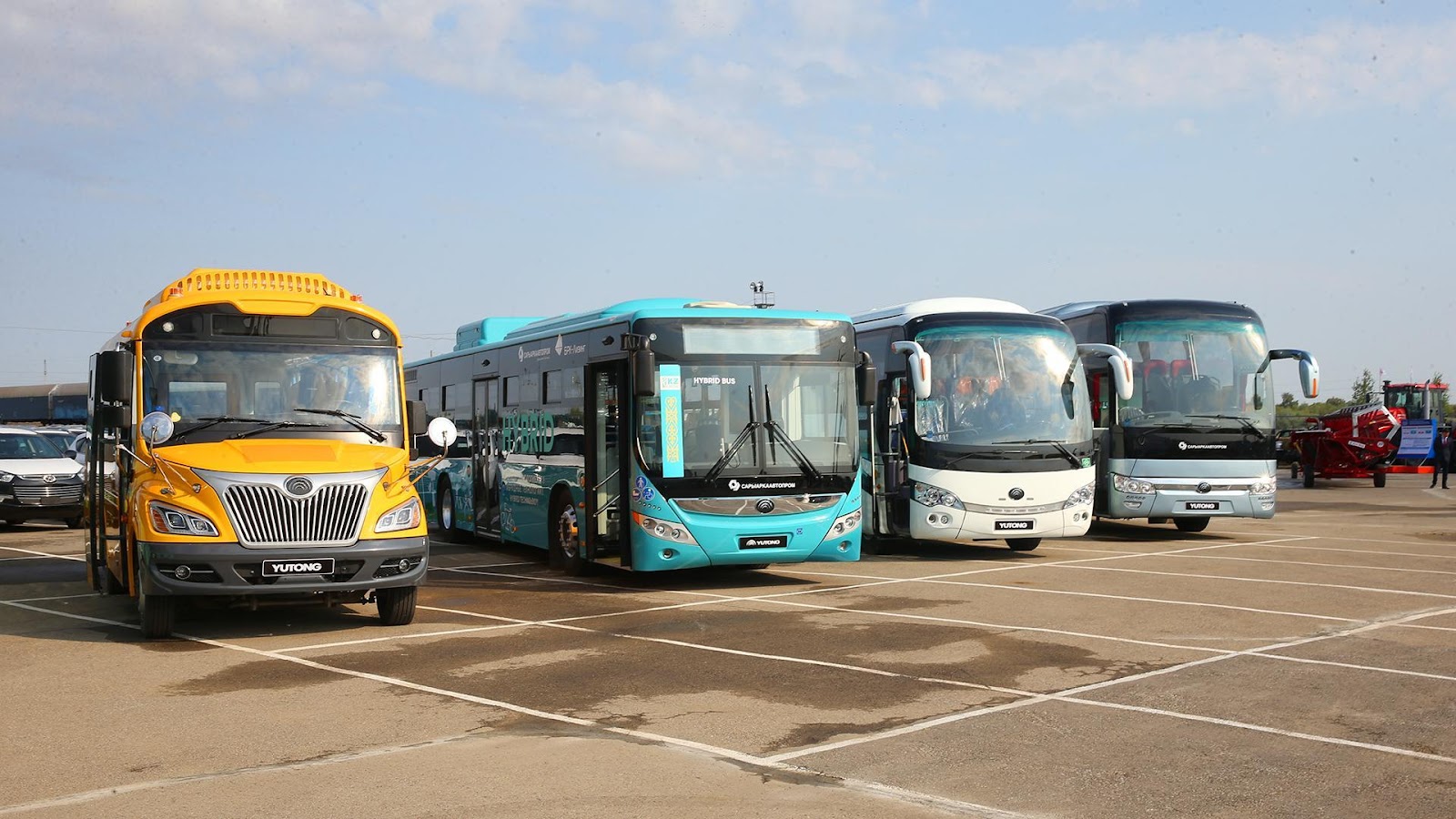 On April 3, 2019, Joint Action Program was adopted between Kazakhstan and the Russian Federation to develop cooperative ties.

It provides for the cooperation of KAMAZ PJSC, Peterburgsky Tractorny Zavod JSC, AVTOVAZ PJSC and Hyundai Motor Manufacturing Rus LLC with Kazakhstani enterprises for the implementation of joint projects for the construction of factories for the production of main gearboxes for driving axles of trucks, a foundry and research engineering center, K-700 tractors and their components.

On Oct. 23, 2019, Kirovets tractors were launched at the Kostanay Tractor Plant. 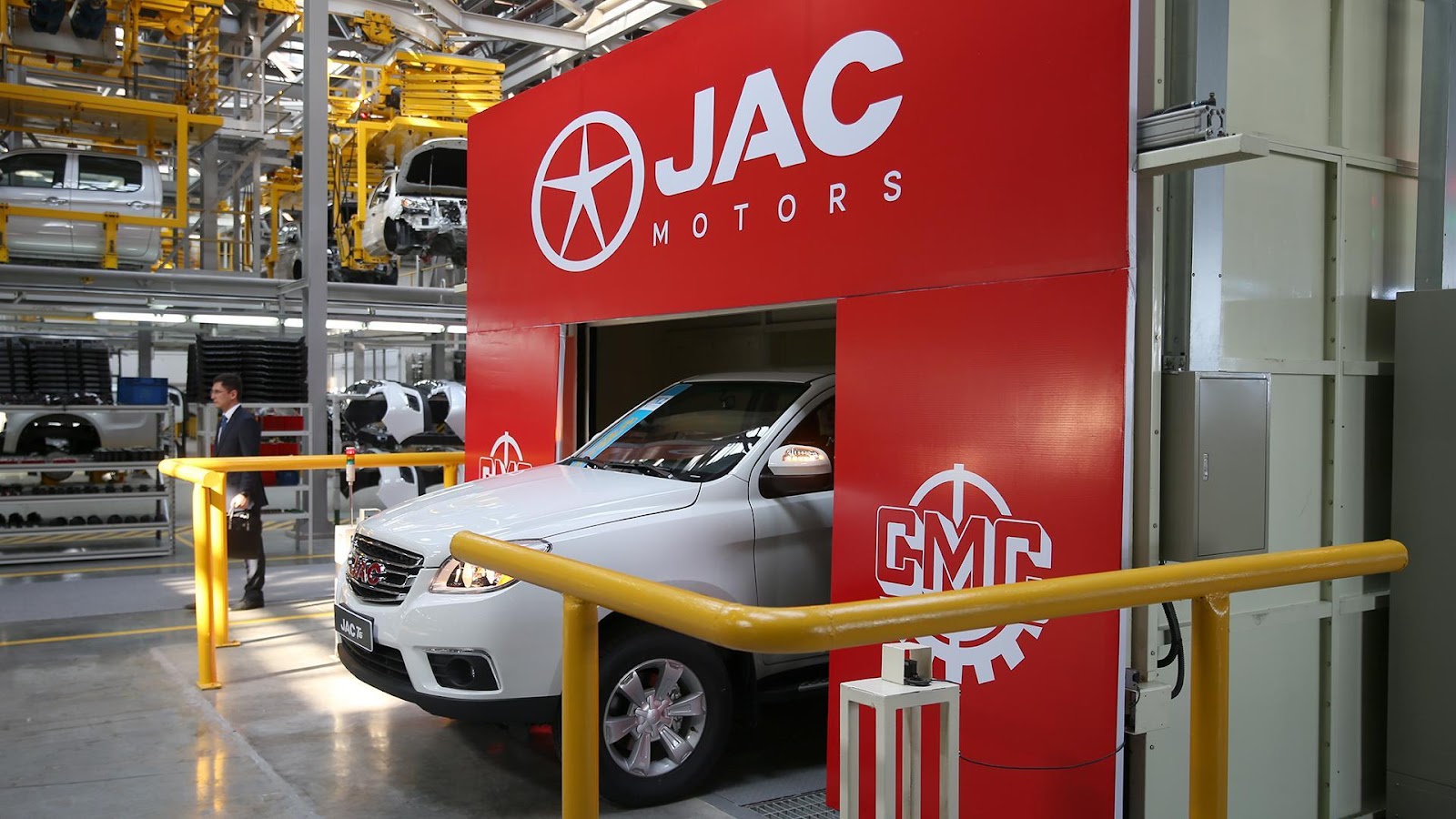 Currently, three major projects with the participation of China are being implemented in the engineering industry:

SMS – JAC Motors plans on the site of SaryarkaAvtoProm LLP, in addition to increasing production volumes and expanding the range of cars manufactured, to establish the production of auto components.

In the framework of cooperation with Chinese partners, it is planned to launch factories to produce tires and engines, which will give a powerful impetus to the development of the automotive component base in Kazakhstan.

What is Needed for Sustainable Growth of Automotive Industry in Kazakhstan?

Key growth points should be focused on the modernization of existing fixed assets, by attracting investment, as well as the launch of new projects.

Consequently, more volumetric financing of the industry is necessary through soft loans, investments of both public and private funds for updating and modernization of fixed assets. 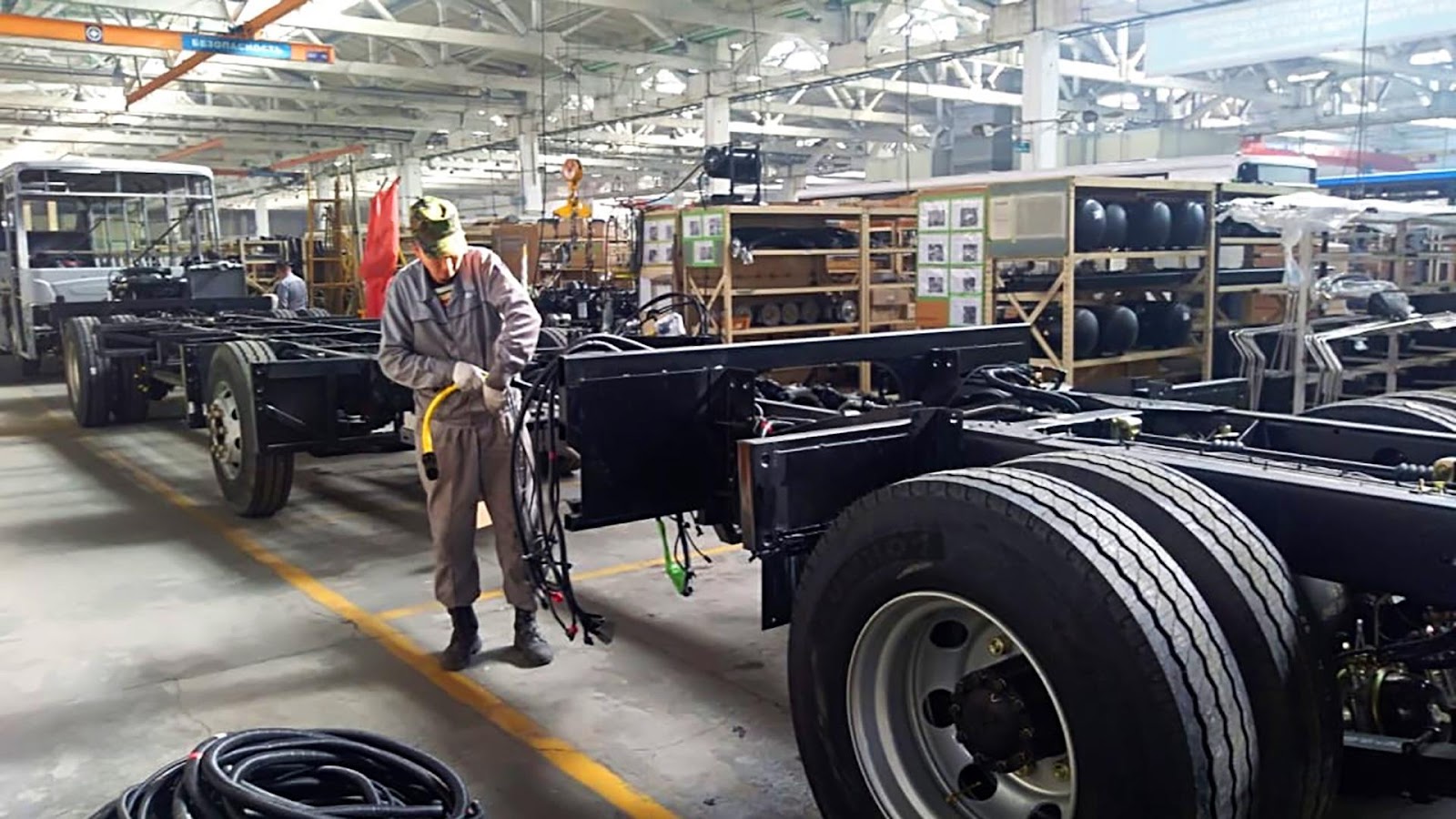 Personnel are one of the main and important factors of production. In the process of analysis, it turned out that, despite the presence of a sufficiently large number of working specialists, there is still a need for high-quality personnel, which is associated primarily with the development and modernization of existing enterprises, the emergence of new industries and a new technological structure, demographic changes, etc.

Among the factors of increasing the competitiveness of Kazakhstan's mechanical engineering, the development of human capital is one of the most important and at the same time problematic. Currently, the industry is going through a difficult period of development: gradually overcoming the crisis, adapting to work in modern market conditions and restoring the intellectual potential lost in the years after independence.

In general, the growth of the economy of Kazakhstan should be accompanied by the faster growth of engineering, which will increase the degree of automation and mechanization at industrial enterprises and increase labor productivity in all sectors of the economy of the republic. This can only be achieved if there is a sufficient pool of modern and highly qualified personnel, which are a success factor for the long-term development of the industry and the economy as a whole.

The qualifications of the workforce should be developed. According to official statistics, the most attractive sectors of the economy in terms of wages are the financial sector and mining. Today, in the engineering industry of Kazakhstan, the most trained personnel are from 40-45 to 65 years old. 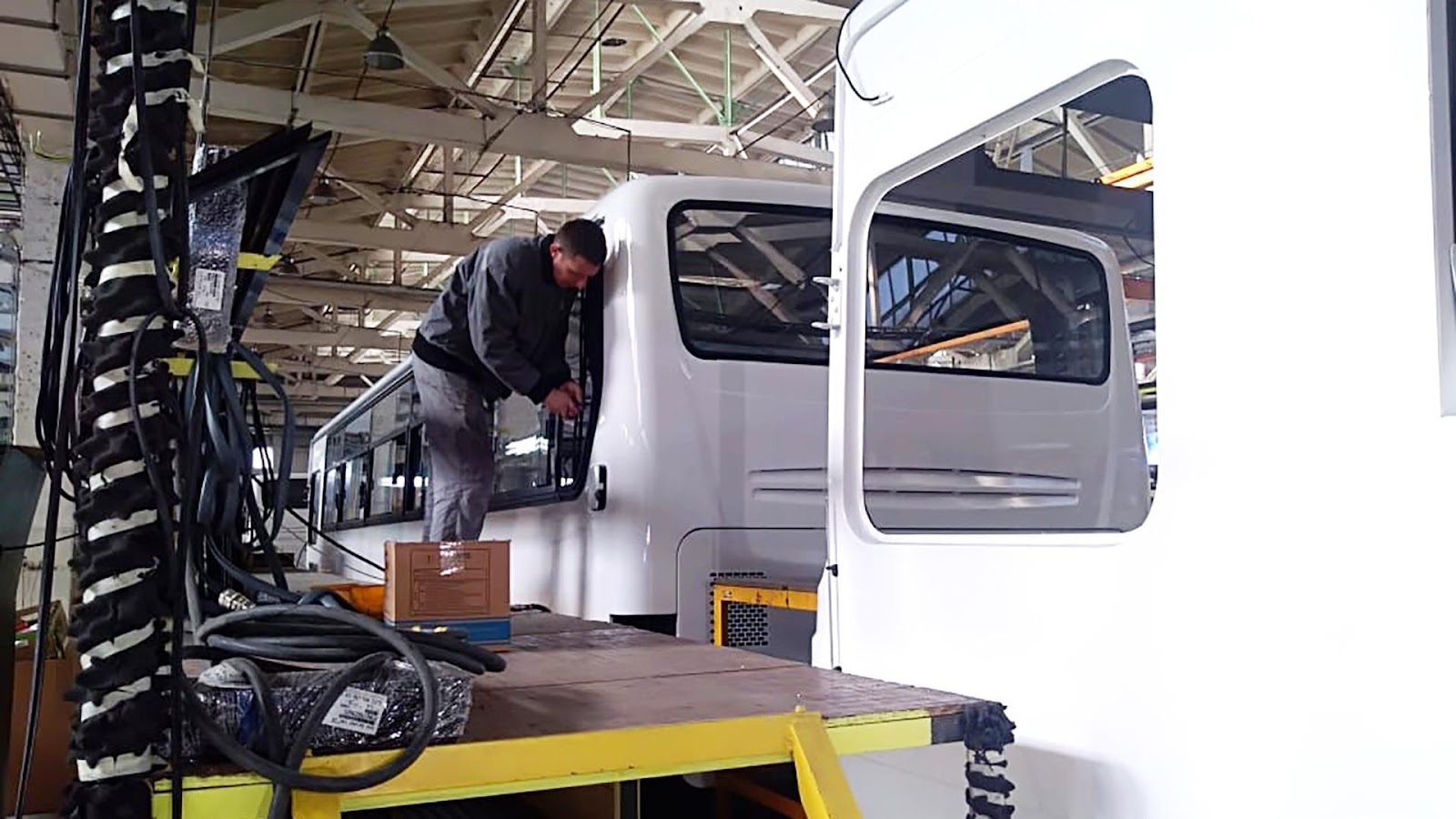 So, for organizations of secondary special and vocational education, there is the importance of social partnership with enterprises in industries. Close cooperation and planning of the training program, which has much in common with what is required for production, will help to improve the quality of vocational education and training in the specialties and professions that are in demand on the labor market.

One of the key roles in this direction will be played by the industry-specific qualifications framework and professional standards in mechanical engineering, developed and constantly updated by business, to which educational standards will adapt.