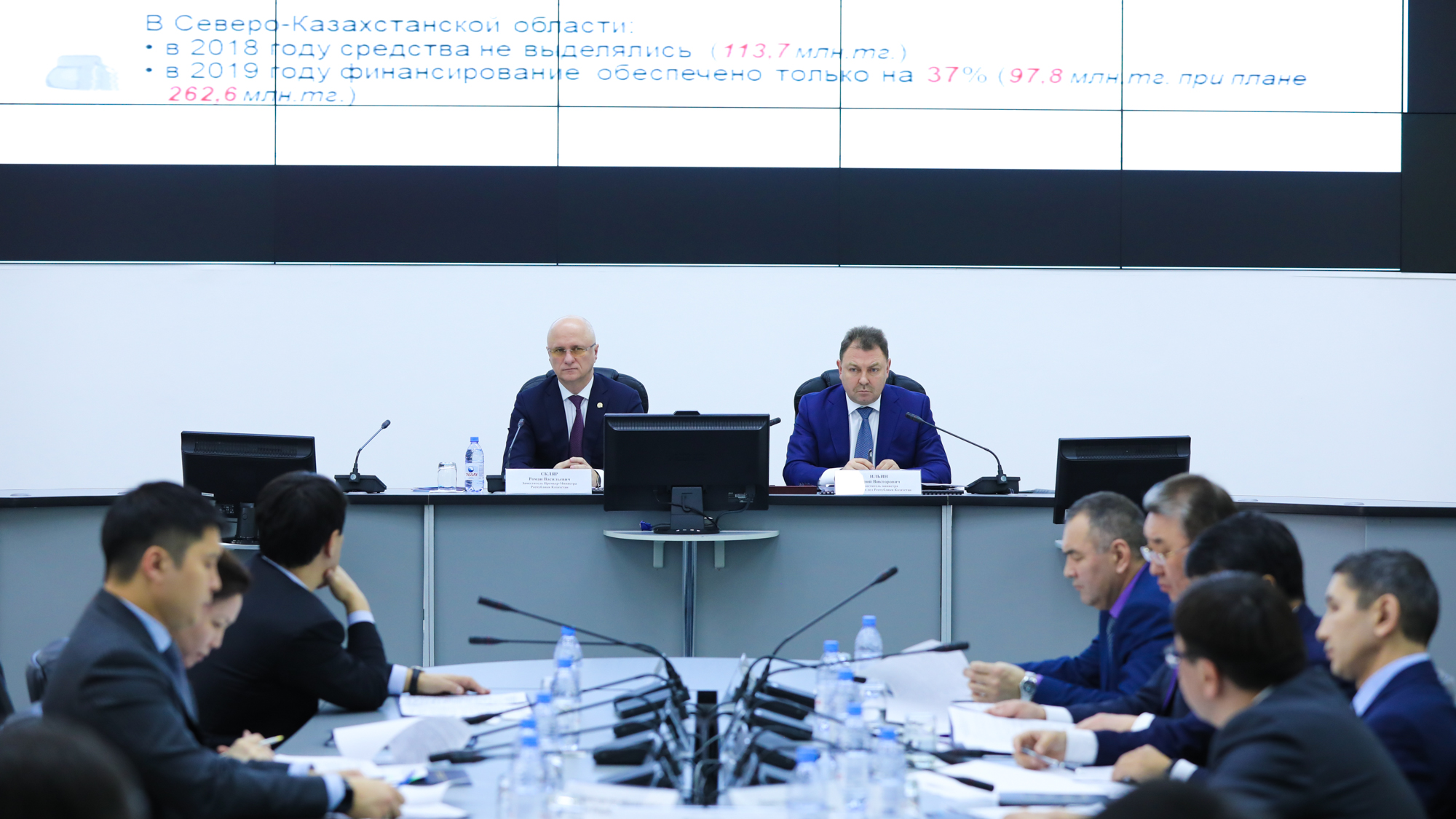 Today, Feb. 11, Deputy Prime Minister Roman Sklyar chaired a meeting of the Interdepartmental State Commission for the Prevention and Response to Emergencies with the agenda “On the preparedness of the governing bodies, forces and assets of the State Civil Protection System for the flood period.”

The leaders of the RSE Kazhydromet, the Emergency Committee, and the Water Resources Committee reported on forecasts, preparation for the flood period, technical readiness of hydraulic structures for receiving and trouble-free water passage.

It was noted that during the implementation of the measures of the Roadmap “A set of measures to prevent and eliminate flood threats for 2017-2020,” threats to 724 settlements were minimized. In the period from 2017 to 2019, 515 km of protective dams and ramparts were erected, 508.1 km of protective structures were repaired, shore protection, dredging and straightening of 537.1 km of flood-hazardous riverbeds were carried out.

To respond to a possible complication of the flood situation, a group of forces and means of emergency rescue units of over 9 thousand people, 1,730 pieces of equipment was created. Prepared additional reserve groups of forces and equipment, military personnel and equipment of the National Guard. The issues of warning the population have been worked out.