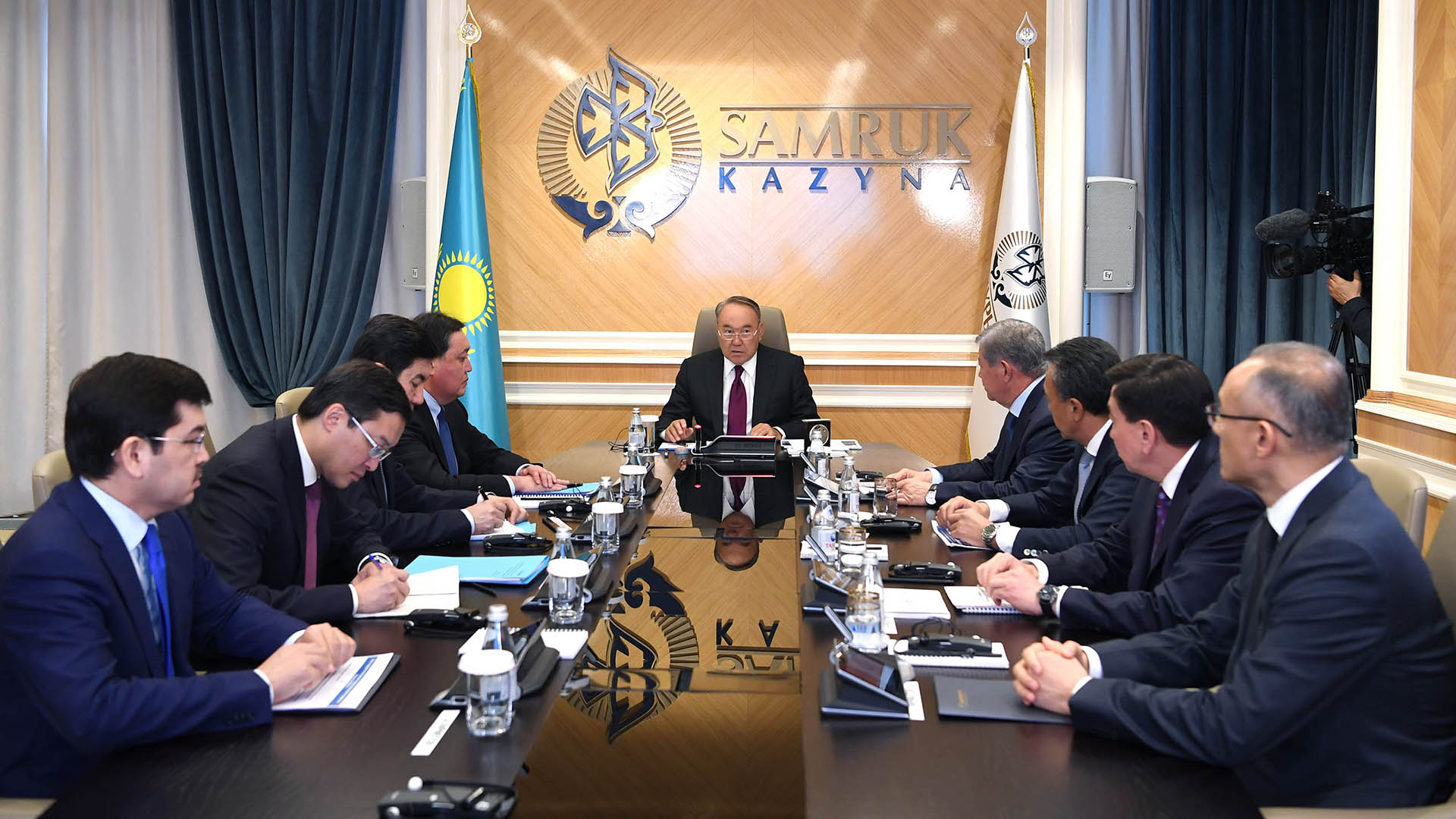 During the meeting, the participants examined the implementation of the instructions given at the Council meeting that took place in May 2019. This was reported by the press service of the First President – Elbasy.

“The Samruk-Kazyna Fund plays a special role in the country's national economy. The Fund is facing great challenges. This year we are holding the second meeting of the Council,” said Elbasy.

After hearing the information presented, Nursultan Nazarbayev noted that the management of the Fund was able to solve systemic issues and achieve positive dynamics of production indicators.

“Last year, the Fund managed to increase net profit by 88 percent to the level of 2017. This year we are seeing an increase of another 40 percent. For 9 months, the indicators are higher than the annual indicator of the last year. Good dynamics. You are systematically reducing administrative costs and other inefficient costs. This is all evaluated positively,” said the First President of Kazakhstan.

“The Fund, having received 268 billion tenge of net cash income, gave 70 percent to the state, or 190 billion tenge. This is 2 times more than last year. At the same time, in monetary terms, the amount of dividends increased by 5 times. It is not necessary to limit ourselves to this, it is necessary to continue work in this direction,” Nursultan Nazarbayev said.

The first President of Kazakhstan also pointed to the effectiveness of introducing new mechanisms to stimulate production in unprofitable areas in the oil and gas and chemical industries.

“Through the introduction of mechanisms, a complex of tasks is being solved – from increasing production volumes and solving social problems to increasing the share of required reserves. And the Government needs to study and support these approaches,” said Elbasy.

During the meeting, issues of the Fund’s IPO entry and ensuring the effectiveness of procurement were also discussed.

"Purchases from a single source were almost 1.5 times reduced and the volume of competitive purchases was increased by 4 times. And, as a result, savings have increased. Today it amounts to more than 130 billion tenge,” Nursultan Nazarbayev said.

Noting the positive results of the implementation of the Samruk-Kazyna Development Strategy for 2018-2028, the First President of Kazakhstan pointed out the importance of considering proposals aimed at improving the financial situation of the Fund's companies and further implementing the privatization plan.

Samruk-Kazyna is a national welfare fund. Therefore, we, as the Management Board, as well as the Board of Directors, need to carry out systematic work to increase the confidence of the population and business in the activities of the Fund. Citizens should understand that all this belongs to Kazakhstan and our people,” concluded Elbasy.