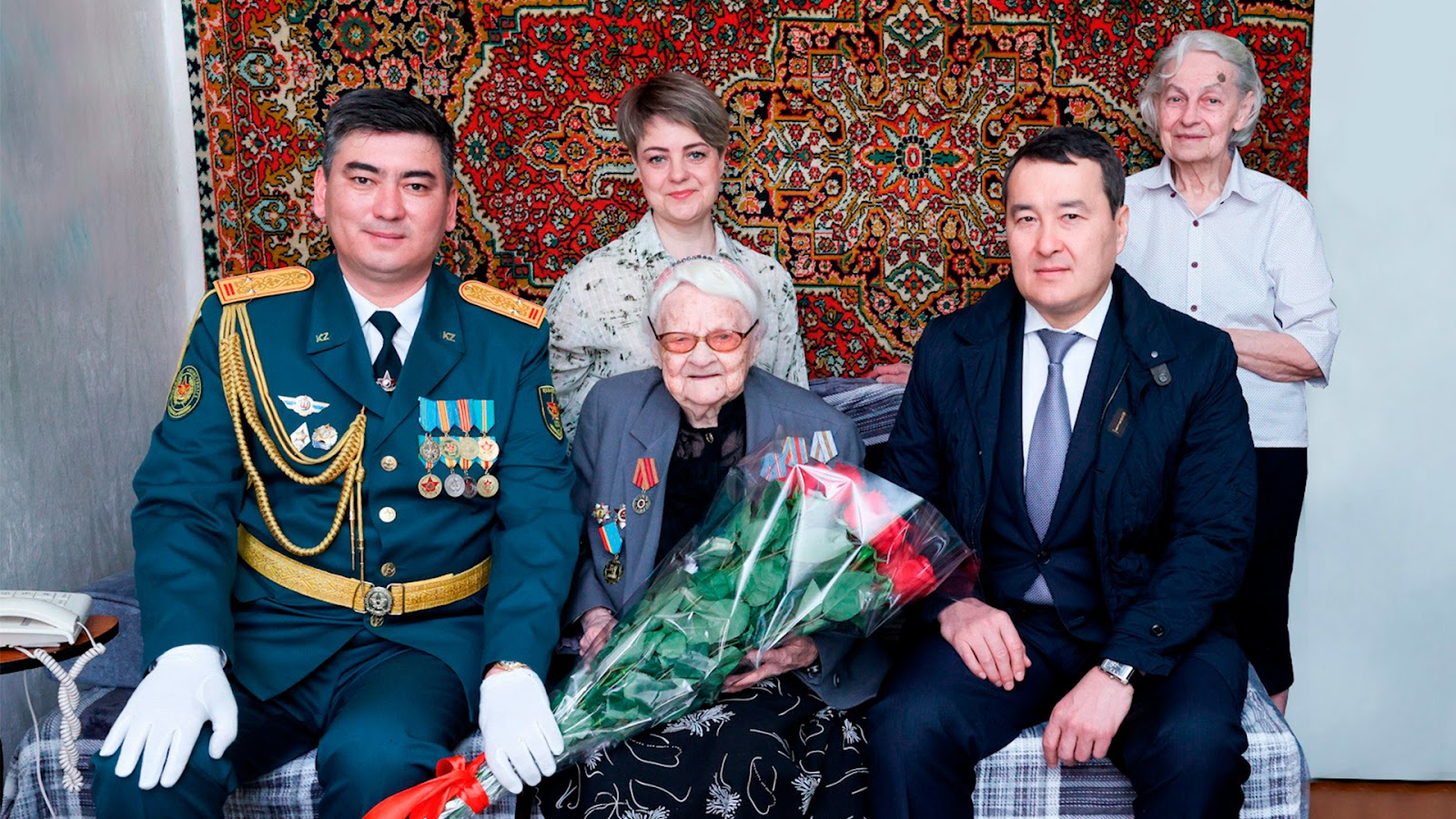 77 years have passed since the end of the most destructive and tragic war in the history of mankind, which took the lives of more than 70 million people. Every day there are fewer and fewer witnesses of those terrible events. Today, 376 veterans of the Great Patriotic War live among us. Last Friday, while in Petropavlovsk, I visited and congratulated Valentina Volkodav on Victory Day. She recently celebrated her 100th birthday. She is one of those people who have been waiting for Victory for so long.

The fate of Valentina Arkhipovna does not differ from those of her contemporaries. Like other Kazakhstanis, she took up arms and went to the front. And she survived, meeting Victory Day in Berlin. Together with her comrades, Valentina Arkhipovna returned to her homeland, worked, started a family and raised children.

However, not all front-line soldiers were given such happiness. How many young people are left on the battlefield! How many families received funeral letters. Unfulfilled dreams, ruined destinies, uncreated families, parents who lost their children, orphaned children... The war can be described in different ways.

Over the years, Valentina Arkhipovna witnessed not only the war, but also other great changes. In the difficult post-war years, she worked tirelessly, became an eyewitness to the independence of Kazakhstan and, together with a sovereign country, built a new life. Now, in a calm time, in a world that has changed beyond recognition, a happy mother and grandmother are thinking about what kind of world our children will live in 100 years from now? What great accomplishments will they achieve?

The future of the next generation depends on the decisions we make today and the values ​​we uphold. Therefore, May 9 is the Day of Remembrance of the Victims of the Great Patriotic War, when we worship the soldiers and remember their glorious feat.

May our sovereignty be eternal and our independence unchangeable! This is the biggest victory.