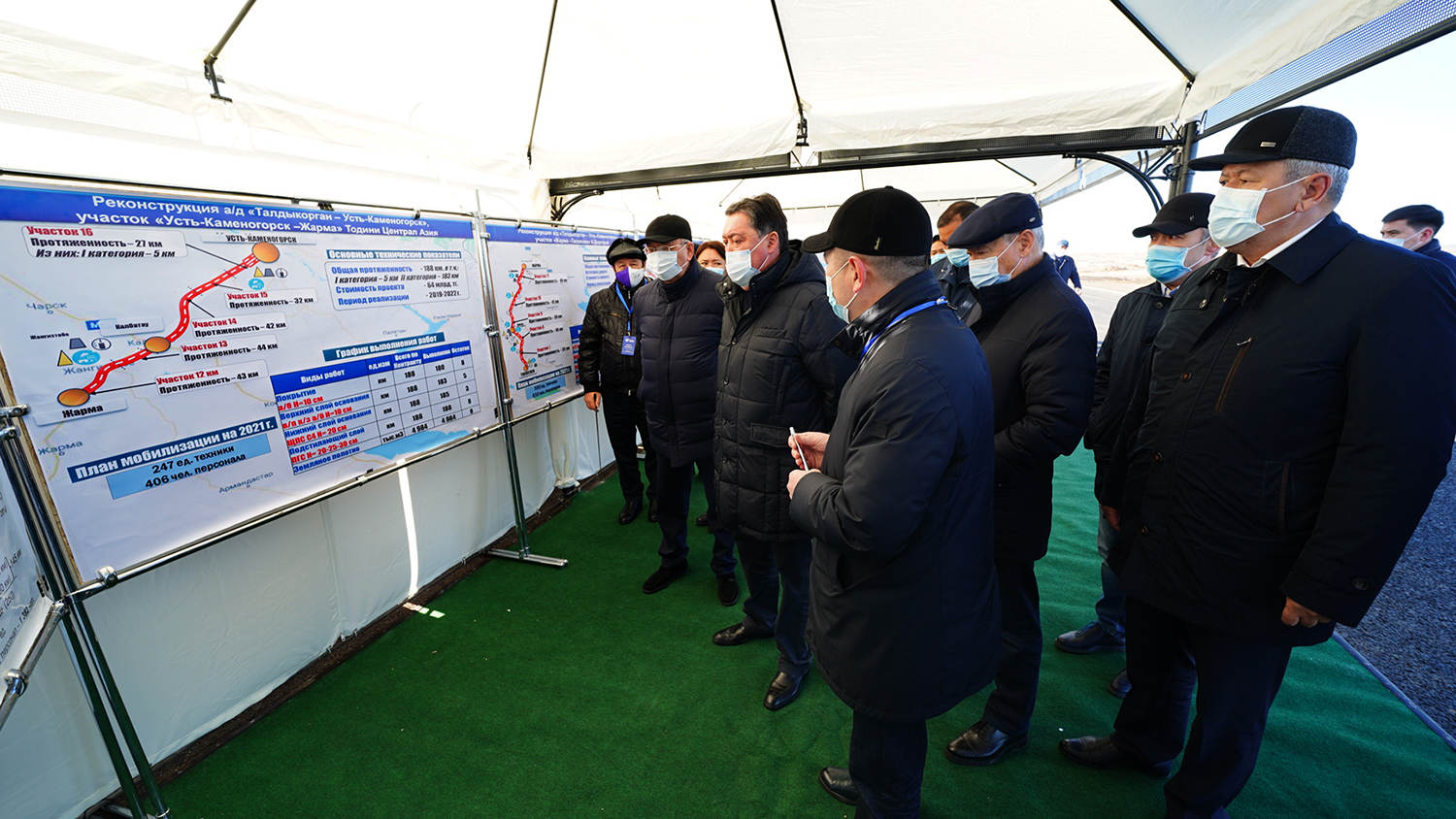 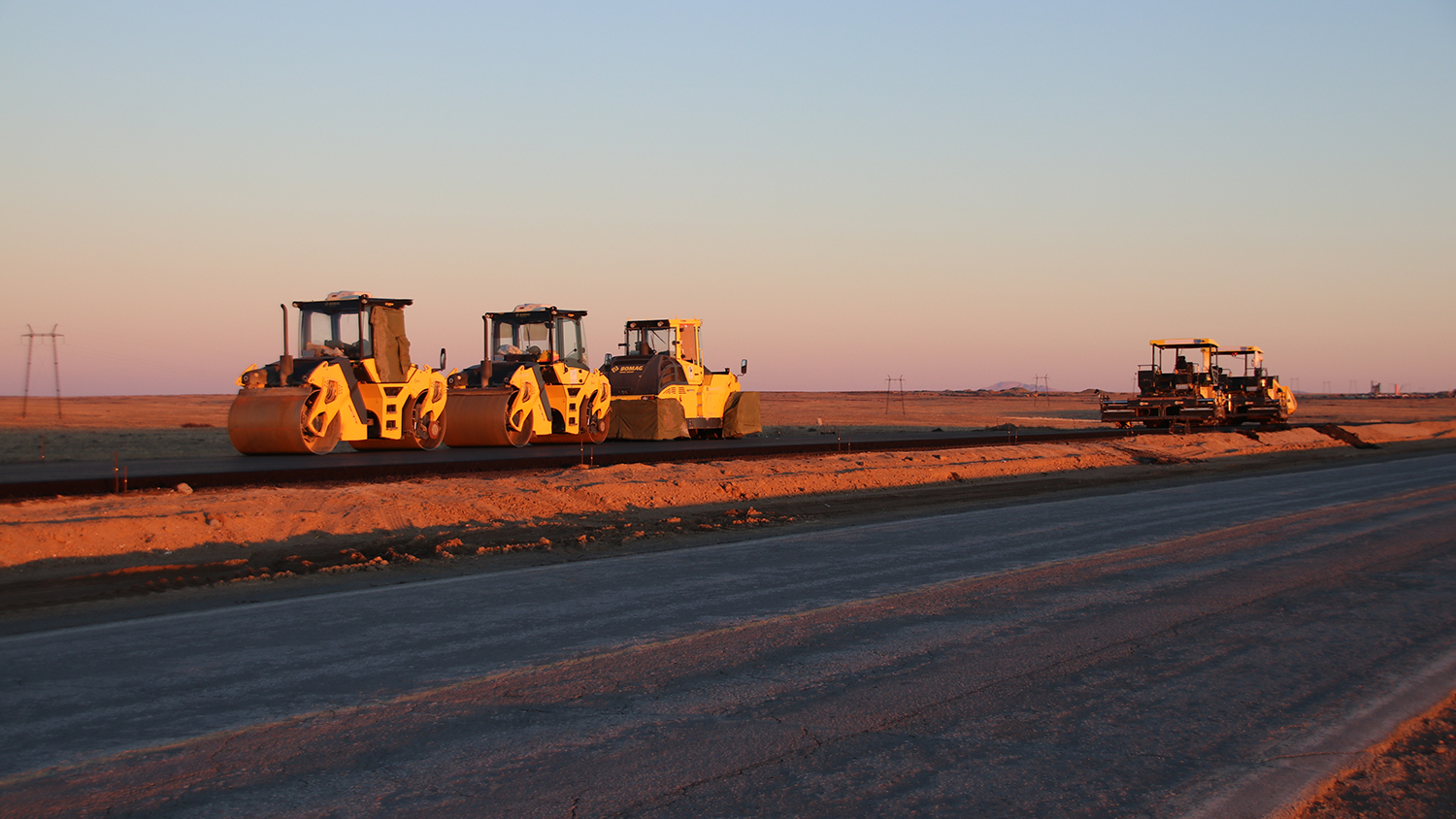 Under the project for the construction of the Ust-Kamenogorsk - Taldykorgan highway with a length of 768 km (across the East Kazakhstan region — 454 km, Almaty region — 314 km), the Head of Government was informed about the completion of the main work and the opening of motor traffic by the end of the year.

On the reconstruction project of the Kalbatau - Maykapshagai highway with a length of 415 km, traffic for 127 km was opened, full completion of the work is planned for 2022. 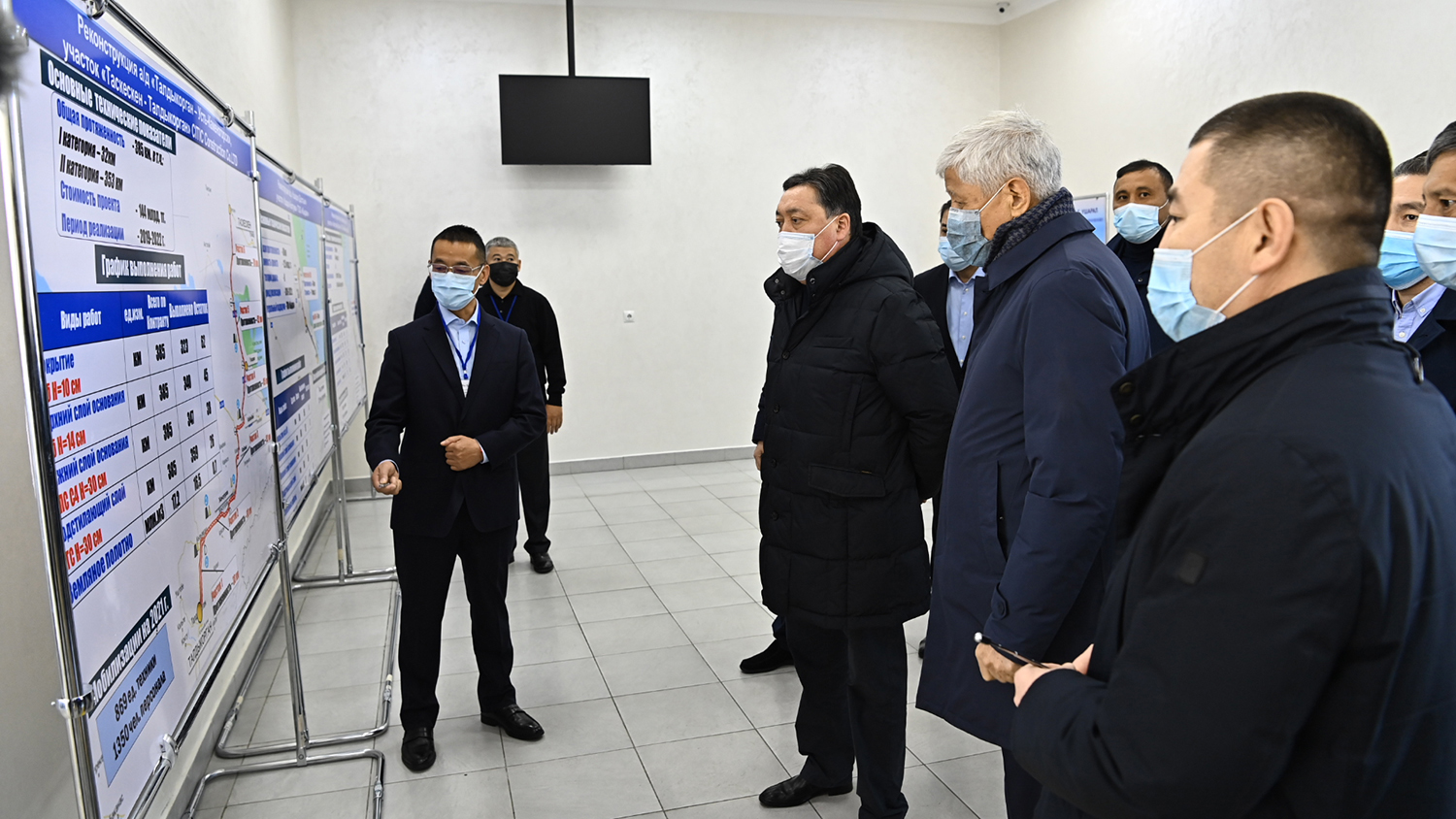 On the road Usharal - Dostyk, 145 out of 180 km were put into operation. Full completion of the work is scheduled for the first half of 2022.

In the Karaganda region, the Prime Minister inspected the progress of reconstruction of the highways Karaganda - Balkhash - Burylbaital - Kurty - Kapshagai with a total length of 946 km. This year, traffic will be provided along 765 km, along a four-lane road. The road Merke - Burylbaital (262 km) will be completely open to traffic. 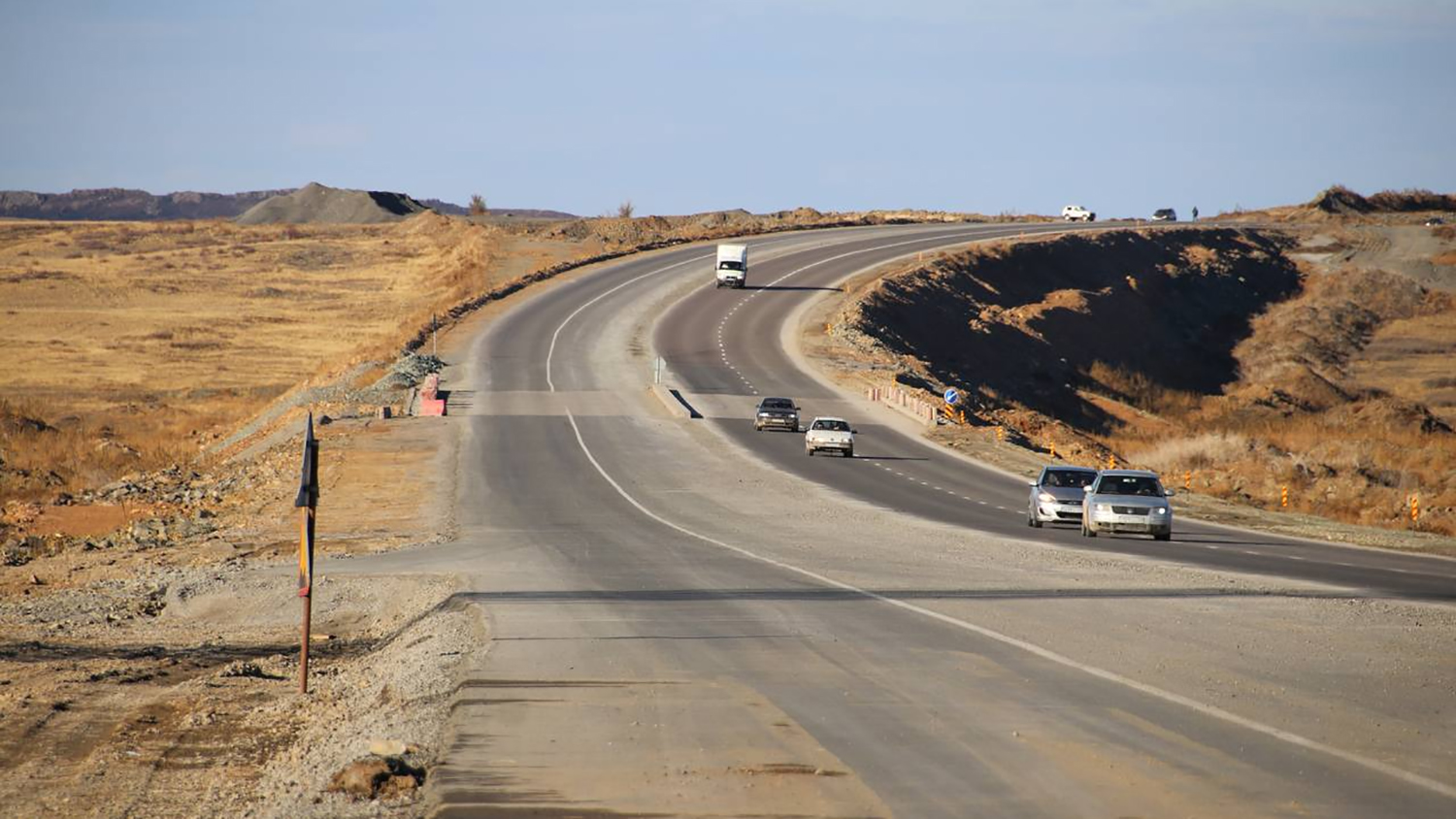 In Ust-Kamenogorsk, the Head of Government was informed about the completion of the reconstruction of the runway of the international airport - the length of the runway was increased to 2,800 m, the width — to 60 m. A complete replacement of the asphalt concrete pavement was carried out, a new system of lighting equipment was installed. It is planned to complete the construction of a cargo terminal for 30 tons and a warehouse for temporary storage of goods for 100 tons.

The Prime Minister was also reported on the progress of the reconstruction of the runway at the Usharal airport with completion on May 1, 2022. 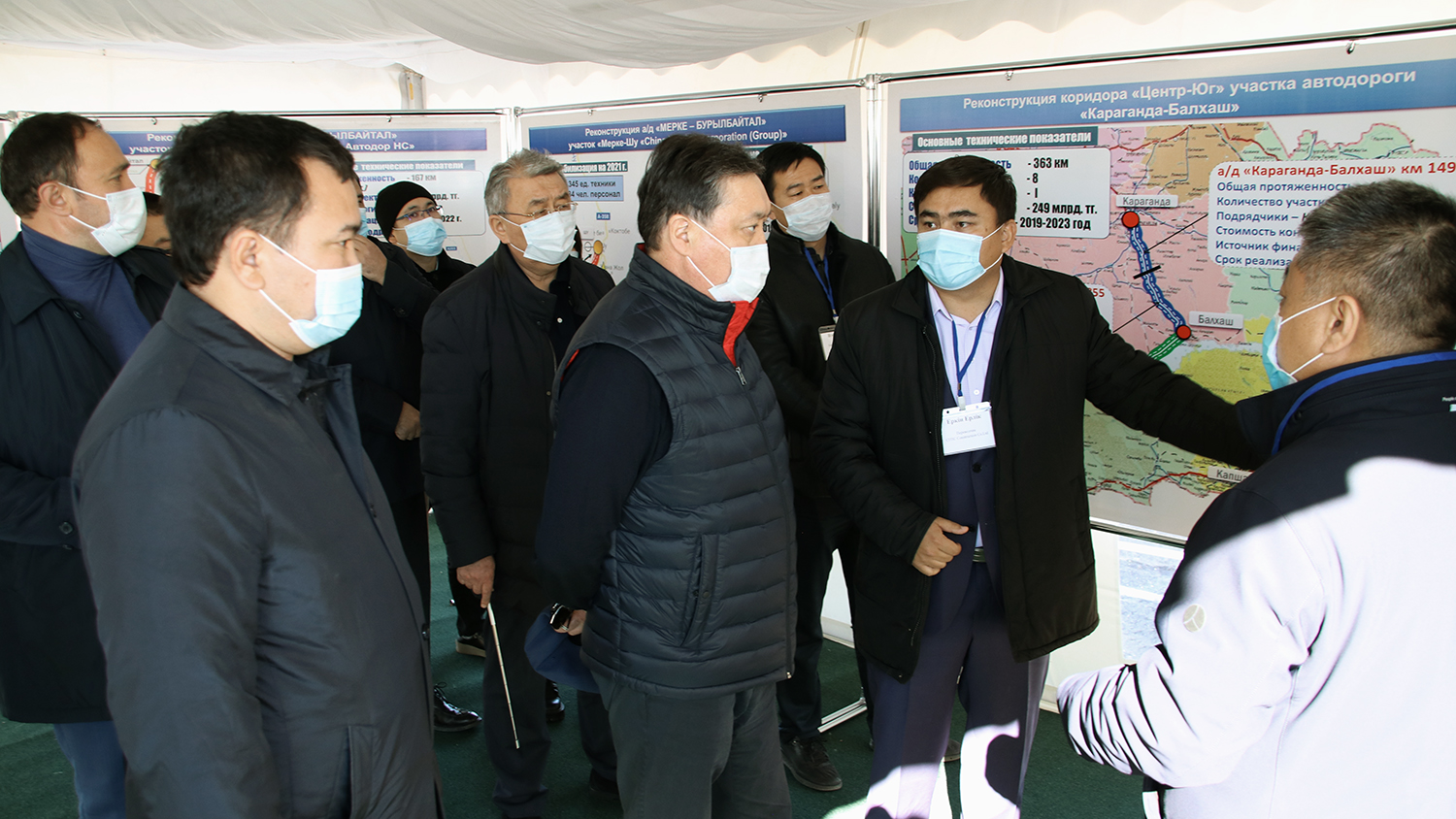 The working trip was attended by akims of the East Kazakhstan region Danial Akhmetov, Almaty region — Amandyk Batalov, Karaganda region — Zhenis Kassymbek, Vice Minister of Industry and Infrastructure Development Berik Kamaliyev, Chair of the Board of JS NC KazAvtoZhol Askar Muratuly and others.