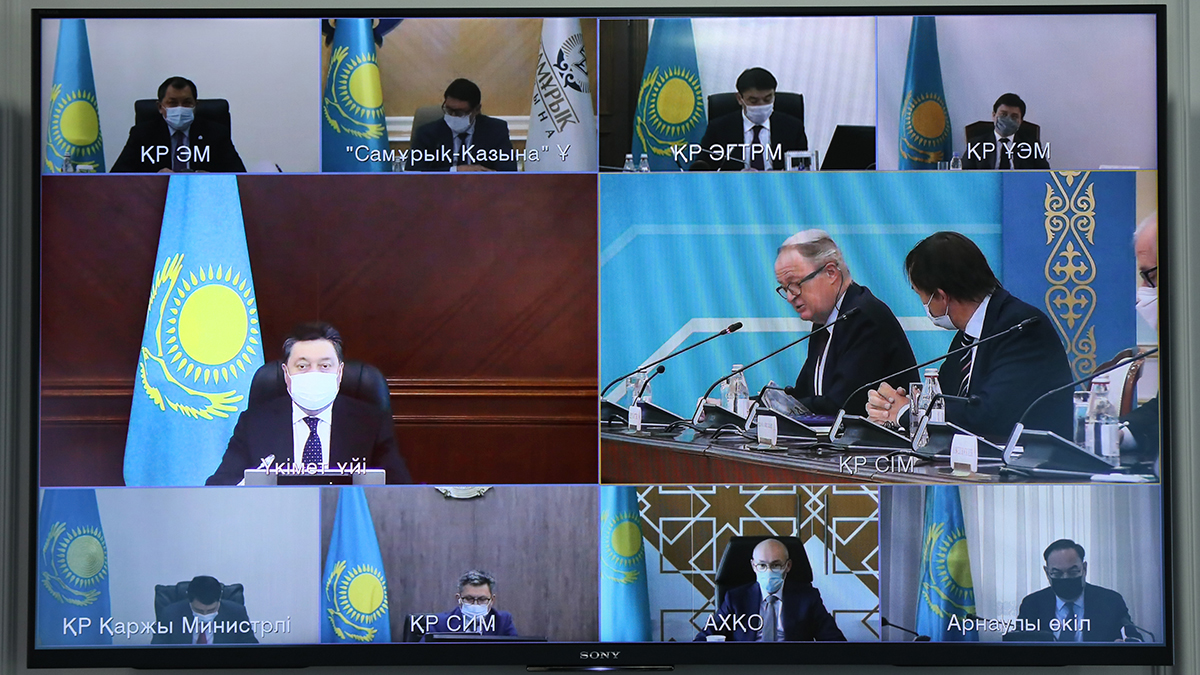 Prime Minister Askar Mamin chaired the 7th meeting of the Dialogue on Investment Cooperation between Kazakhstan and the European Union. The issues of the development of renewable energy sources, the transition of the Republic of Kazakhstan to a low-carbon economy, as well as the potential for cooperation in the decarbonization process were considered.

The European Union Special Representative for Central Asia Peter Burian, the Ambassador of the Netherlands in Kazakhstan André Carstens, Ambassador of Germany Tilo Johannes Klinner, Head of the German Economy in Central Asia Hovsep Voskanyan, Head of Eni in the Central Asia Luciano Vazquez, Vice President of Total Eren in Central Asia Thierry Plaisant made reports on the prospects for the development of renewable energy.

In December 2020, at the UN Summit on Climate Ambitions, the President of the Republic of Kazakhstan Kassym-Jomart Tokayev announced the goal of Kazakhstan achieving carbon neutrality by 2060.

"We are making consistent efforts to increase the share of renewable energy sources in total energy production. So, as of 2020, this figure was 3%, in 2022 it is planned to double it to 6%. By 2030, the share of green energy in the energy sector of Kazakhstan will be increased to 15%,” Mamin said.

The Head of Government emphasized that within the framework of the developed national project Green Kazakhstan, it is planned to implement measures to achieve the UN Sustainable Development Goals, including affordable and clean energy, sustainable cities and communities, responsible consumption and production.

In order to implement the tasks of sustainable development in Kazakhstan, a new Environmental Code has been adopted, which complies with the principles and standards of the OECD countries and will enter into force on July 1, 2021. Public and private investments in the development of the green economy are increasing in the country, incl. renewable energy, efficient water use and rational use of other natural resources.

The prime minister called on the ambassadors of the European Union to further open and active dialogue to promote the development of trade, economic and investment cooperation between Kazakhstan and the EU.