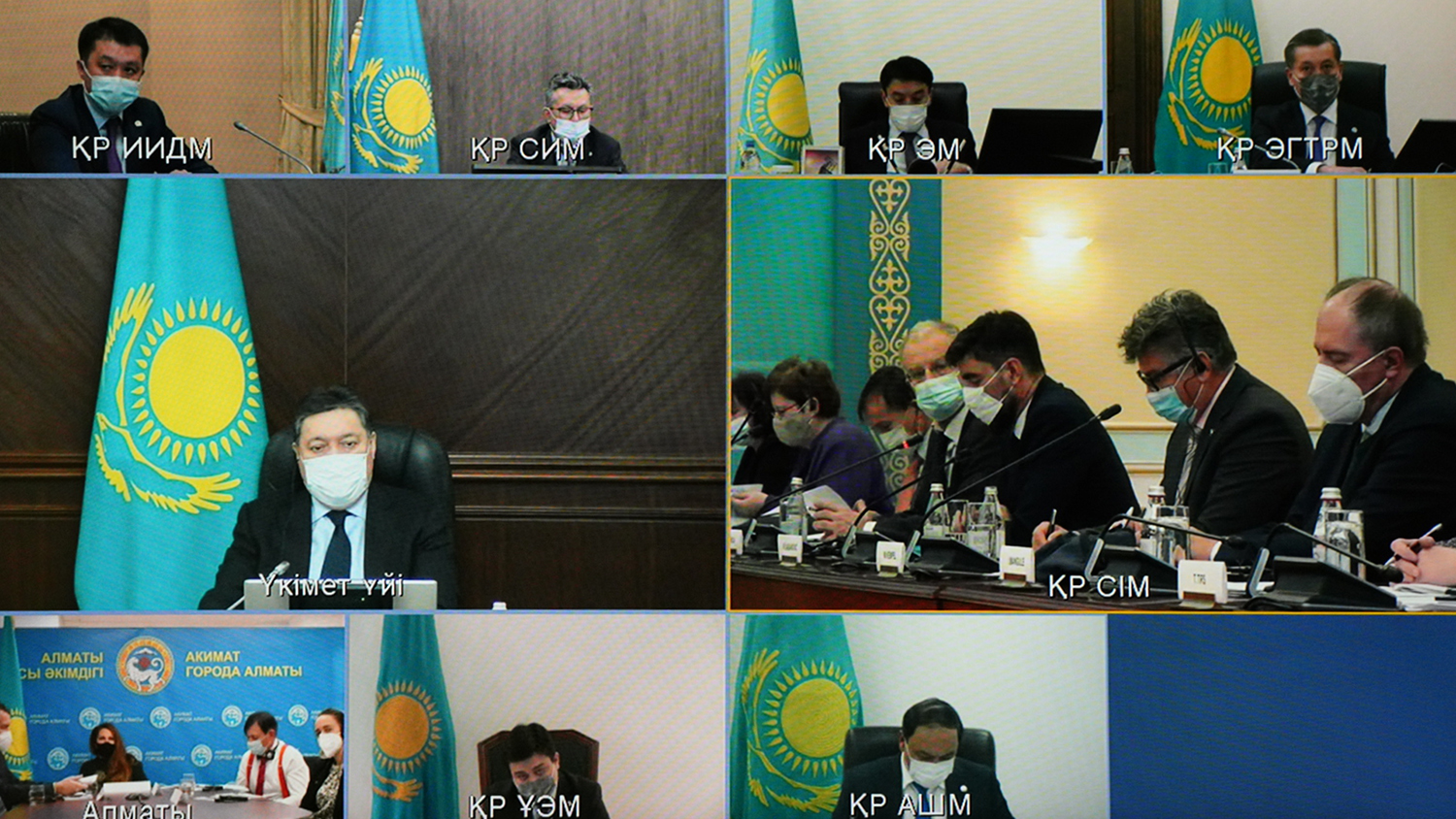 Prime Minister Askar Mamin held the 8th meeting of the Dialogue on Investment Cooperation between Kazakhstan and the European Union. The issues of environmentally sustainable development of the economy and mitigation of climate change were considered.

Issues of the development of green economy, renewable energy sources, combating desertification in the Aral Sea region, expansion of the forest fund, development of the woodworking industry, production and export of organic products, the use of ecological fertilizers in agriculture, sustainable agribusiness standards of the EU Strategy "From the Farm - to the Table" and others were discussed.

The Prime Minister Askar Mamin stressed that Kazakhstan is stepping up measures to implement its obligations in the framework of the global fight against climate change. At the same time, efforts are focused on increasing the sustainability and decarbonization of the economy. Government is taking practical measures to implement the goal announced by the President of the Republic of Kazakhstan Kassym-Jomart Tokayev in December 2020 within the framework of the UN Summit on Climate Ambitions for Kazakhstan to achieve carbon neutrality by 2060.

Currently, the Doctrine of achieving carbon neutrality of the Republic of Kazakhstan until 2060 is being developed. The document provides for reforms in all sectors of the national economy with an emphasis on renewable and traditional energy, industry, agriculture and forestry, transport, housing and communal services and waste disposal. Reducing emissions into the environment will be achieved by increasing the energy efficiency of the economy of the Republic of Kazakhstan, electrification, sustainable land use and large-scale use of renewable energy sources. The implementation of the Doctrine of Achieving Carbon Neutrality will maximize the potential of market mechanisms and private investment.

The Head of Government noted that in order to implement the instructions of the President of the Republic of Kazakhstan Kassym-Jomart Tokayev on planting 2 billion trees on the lands of the state forest fund and 15 million trees on the territory of settlements, Comprehensive plans for forest reproduction and afforestation, as well as Regional plans for greening of settlements for 2021-2025 were developed.

The Master Plan for the development of the forest sector of the economy of the Republic of Kazakhstan until 2025 is being implemented, which provides for strengthening protective measures in forests, state support for private afforestation and other measures. Conditions have been created to increase the competitiveness of the subjects of the timber harvesting and woodworking complex of the country by reimbursing 50% of the costs of laying and growing forests.

The Prime Minister called on the ambassadors of the European Union to further open and active dialogue to promote the development of trade, economic and investment cooperation between Kazakhstan and the EU.