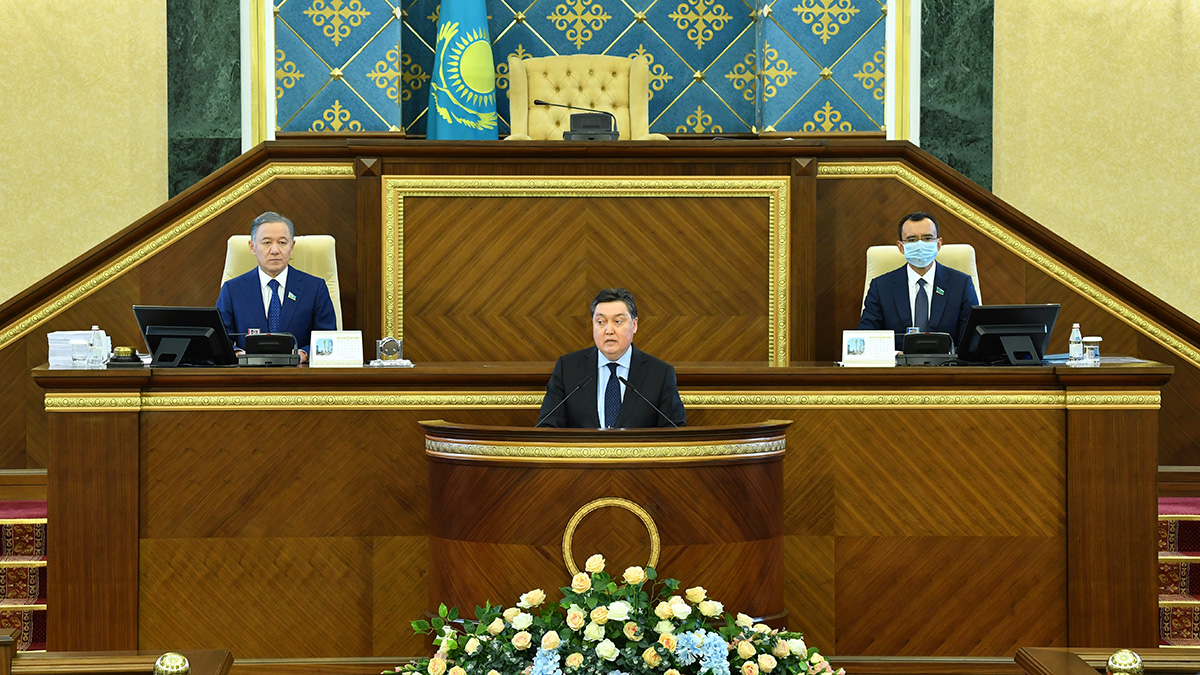 At a joint meeting of deputies of both chambers of the Parliament, Prime Minister Askar Mamin made a report on the work of the Government in 2020 and the measures taken for the further development of the economy.

The Head of Government noted that by the end of 2020, the real sector has become the main factor in the stability of the economy of Kazakhstan. Despite the uncertainty in the global and regional economies, the manufacturing sector showed growth at the level of 3.9%.

For the first time since 2004, the share of the manufacturing industry (13.1%) exceeded the share of the mining industry in GDP (12.5%). Pharmaceuticals showed dynamic growth with an increase of 47%, finished metal products – by 20%, mechanical engineering – by 16%, incl. the automotive industry – by 53%, the production of cars and locomotives – by 39%.

Housing commissioning in the country increased by 16.8%, amounting to 15.3 million square meters. m, which ensured a steady growth in construction (11.2%) and allowed Kazakhstan to take first place among the CIS countries in terms of new housing per person. Agriculture has seen the highest growth among the EAEU countries, as well as the highest rate in the last 7 years.

The gold and foreign exchange reserves of the Republic of Kazakhstan increased by 23.1% to $35.6 billion. The foreign trade surplus amounted to $ 8.9 billion.

As part of the industrialization of the national economy, 201 projects worth 916 billion tenge were implemented in 2020. The largest number of projects has been implemented in the agro-industrial complex, metallurgy, construction industry, mechanical engineering, and the chemical industry. This allowed the creation of 19 thousand permanent jobs.

The Law on Economic Growth Recovery was adopted, which included amendments to 14 codes and 71 laws in 9 directions. The instruments of concessional lending to SMEs have been significantly expanded. Increased financing of working capital. Refinancing of loans on favorable terms, as well as loan deferrals were provided.

Measures have been taken to provide tax incentives for the affected industries. Employment measures covered 1.4 million Kazakhstanis. The indexation of the size of pensions and state benefits was carried out by 10-12%. The increase in salaries for teachers was ensured by 25%, for medical workers, as well as for cultural and archival workers – by 50%, for employees of law enforcement and special services – from 30 to 70%.

“Despite the difficult socio-economic situation in the country, we have fulfilled all social obligations to the population,” Mamin said.

Following the results of 5 months of this year. Kazakhstan's GDP grew by 1.6%. At the same time, growth has been ensured in all sectors of the economy. The main drivers were the manufacturing industry (7.2%), incl. mechanical engineering (21.1%), chemical industry (9.8%), pharmaceuticals (25.7%) and light industry (5.5%).

High growth rates were achieved in the construction sector (11.3%) and housing commissioning (12.5% ​​or 4.6 million square meters). Stable growth rates are observed in agriculture (3.1%).

The growth of investments in fixed assets amounted to 25.5%, excluding mining.

The Prime Minister noted that the Government has been tasked with ensuring economic growth at the level of 3.5-4.0% by the end of 2021, as well as covering 1.2 million people with employment measures. This will increase the real income of the population by 5%. The goal is to implement 415 investment projects totaling 8 trillion tenge. It is planned to commission 17 million sq. m of housing, construction of 200 schools and the opening of 30 medical institutions, repair and construction of 6 thousand km of highways.

“We are faced with the task of further strengthening the achieved indicators and overcoming new challenges of socio-economic development,” stressed Mamin.