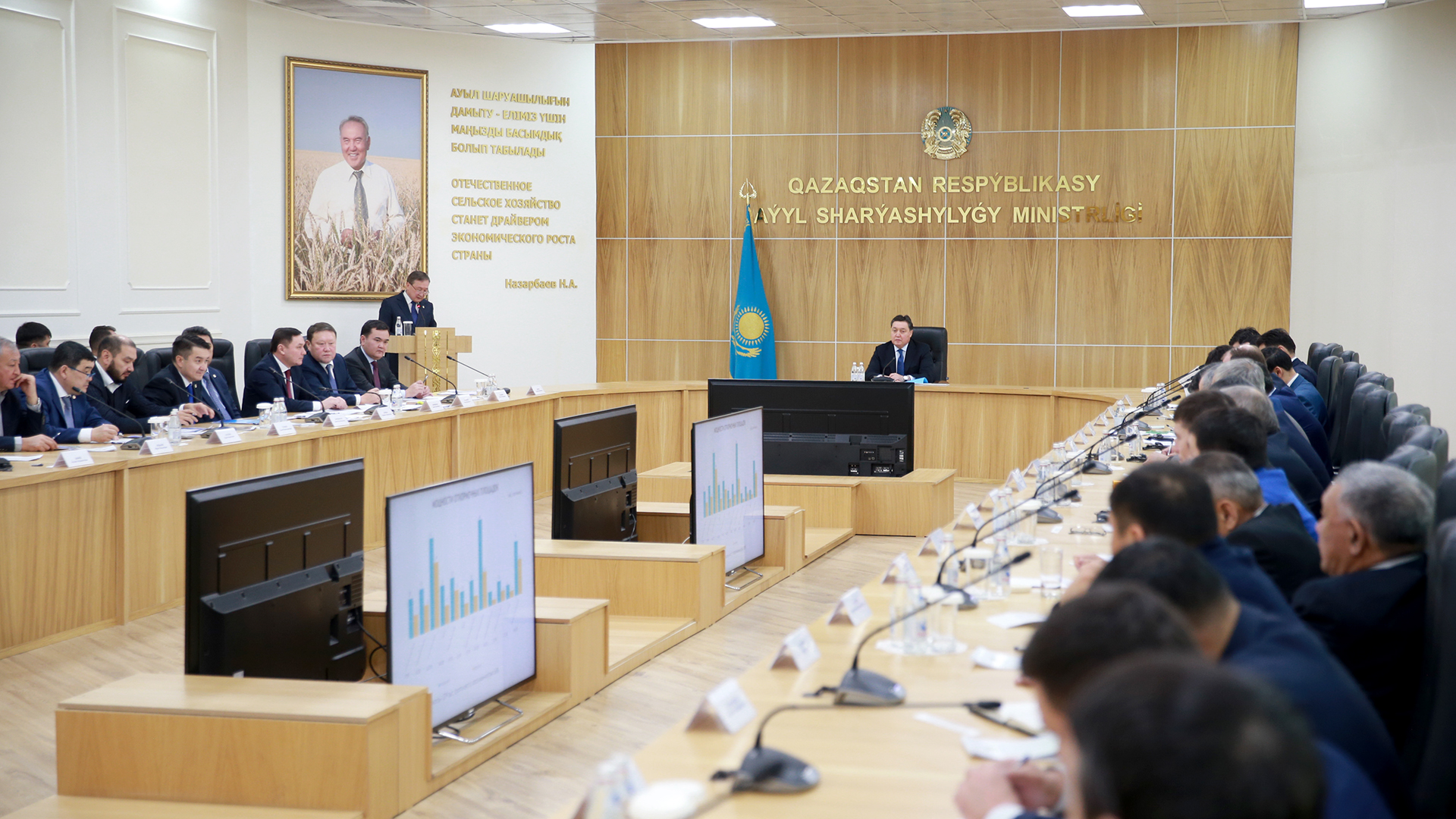 Prime Minister Askar Mamin chaired a meeting on the development of beef cattle breeding held at the Ministry of Agriculture.

In the framework of the State Agro-Industrial Complex Development Program for 2017-2021, a sectoral program for the development of livestock farming is being implemented.

Today in the republic, there are a little more than 7.1 million heads of cattle, including cattle of milk productivity — 4.7 million heads and meat productivity — 2.3 million heads. The annual increase in domestic stock is 5%. The country has 113 feedlots for 279 thousand cattle places of one-time feeding. This year, the construction of 24 feedlots for a total number of cattle houses of 52 thousand heads was financed. In order to provide feedlots with working capital, the Agroexport program is being implemented.

Particular attention is paid to feed production, whose share in the structure of the cost of livestock production is 70%. It is planned to increase the area under fodder crops from 3.3 million ha in this year to 4 million ha by 2021.

The meeting participants discussed measures to increase the number of livestock, its productivity, ensure the loading of feedlots, as well as the involvement of farms engaged in crop production in the livestock sector.

The head of government instructed the authorized state bodies, as well as the regional akimats, together with representatives of the agricultural business to elaborate in detail and comprehensively the optimal mechanisms for implementing the task of developing meat farming in Kazakhstan.

Akimats of the regions were instructed to take systematic measures to diversify agriculture by involving large grain-sowing farms and pasture owners in the livestock sector.