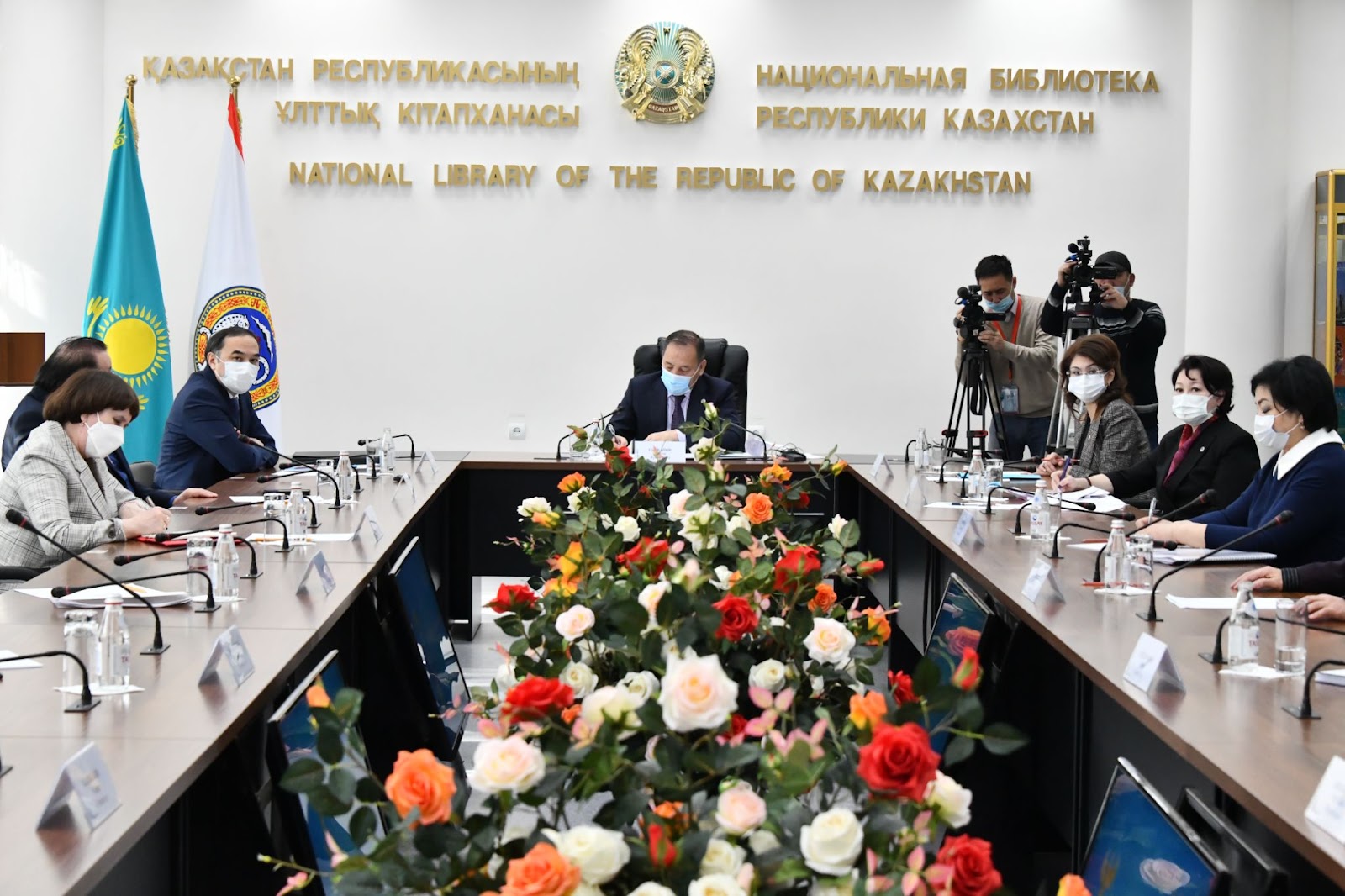 During a working trip to Almaty, Deputy Prime Minister of the Republic of Kazakhstan Yeraly Tugzhanov held a meeting with science and creative industry representatives to discuss the Ulttyq Ruhani Zhangyru project. 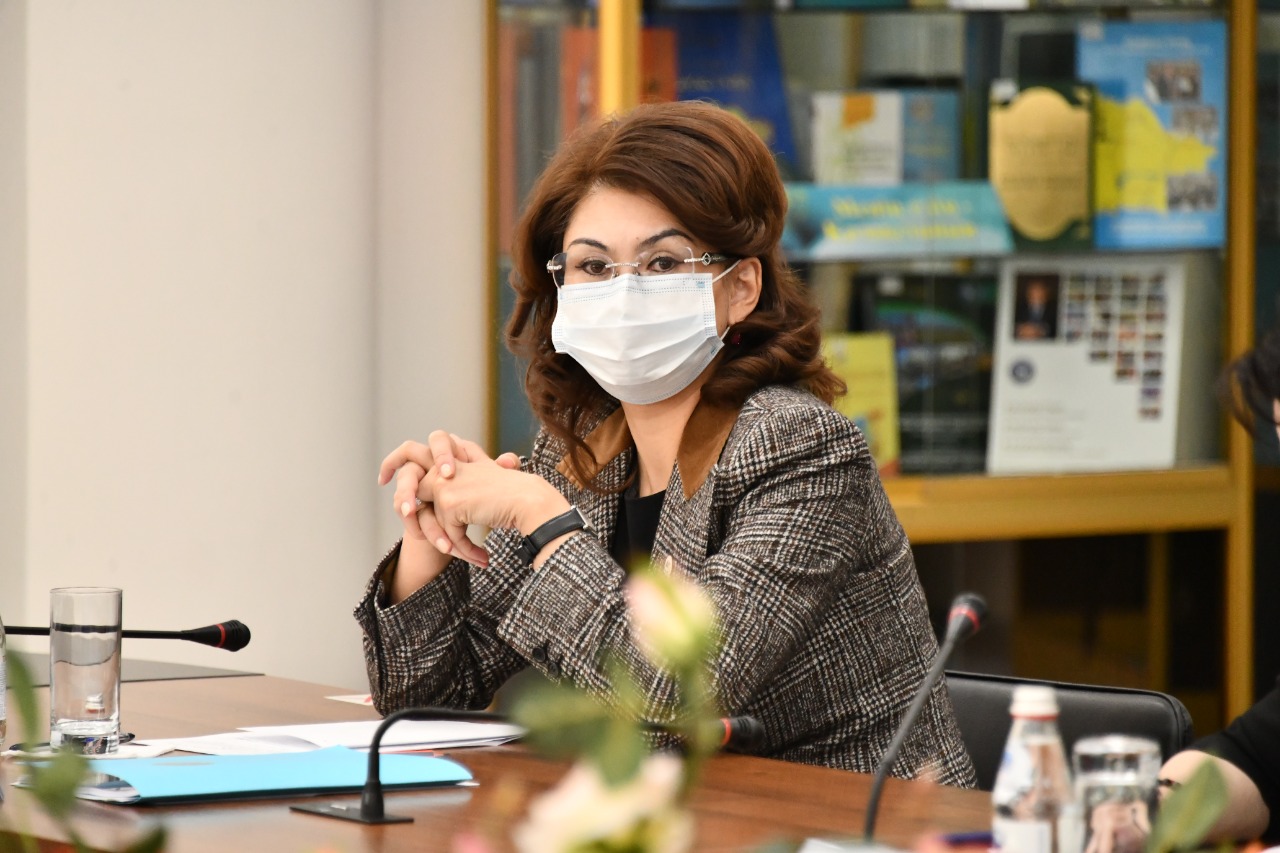 The meeting was attended by representatives of the creative and academic sphere, the Public Council, the Assembly of the People of Kazakhstan and Youth, as well as the ministers of information and social development Aida Balaeva, culture and sports — Aktoty Raimkulova, Deputy Akim of Almaty Yerzhan Babakumarov, First Vice Minister of Education and Science Sholpan Karinova. 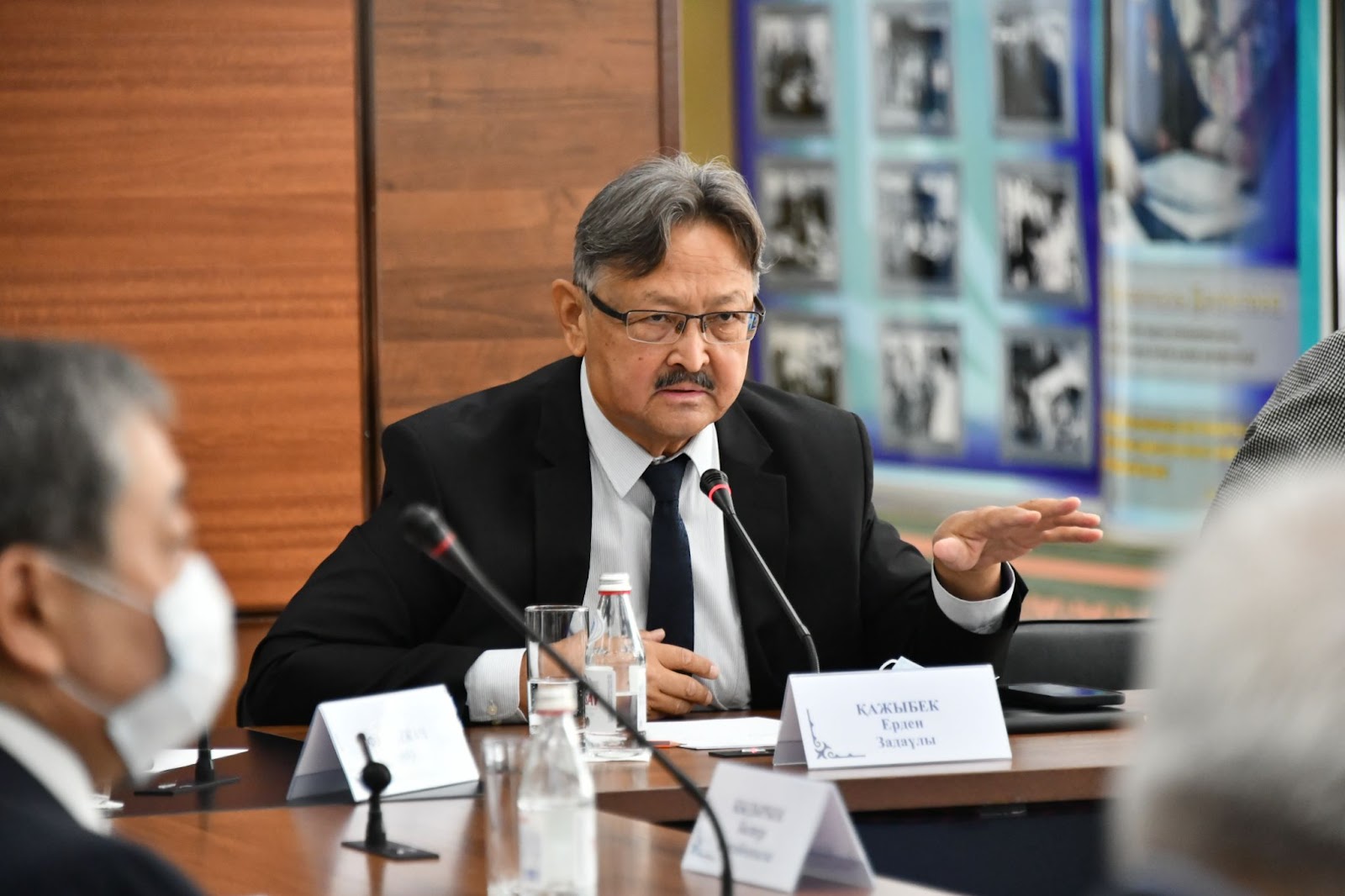 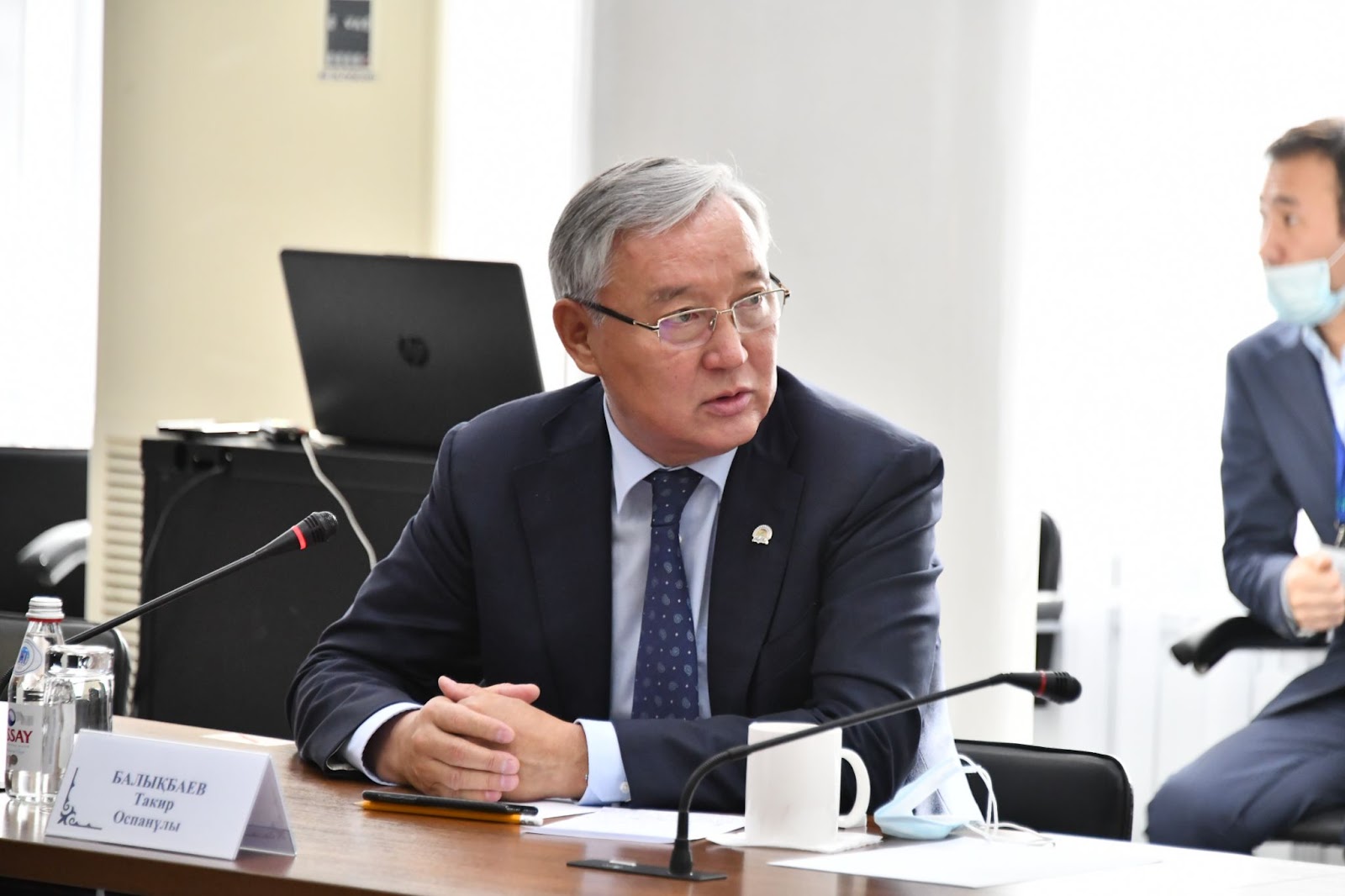 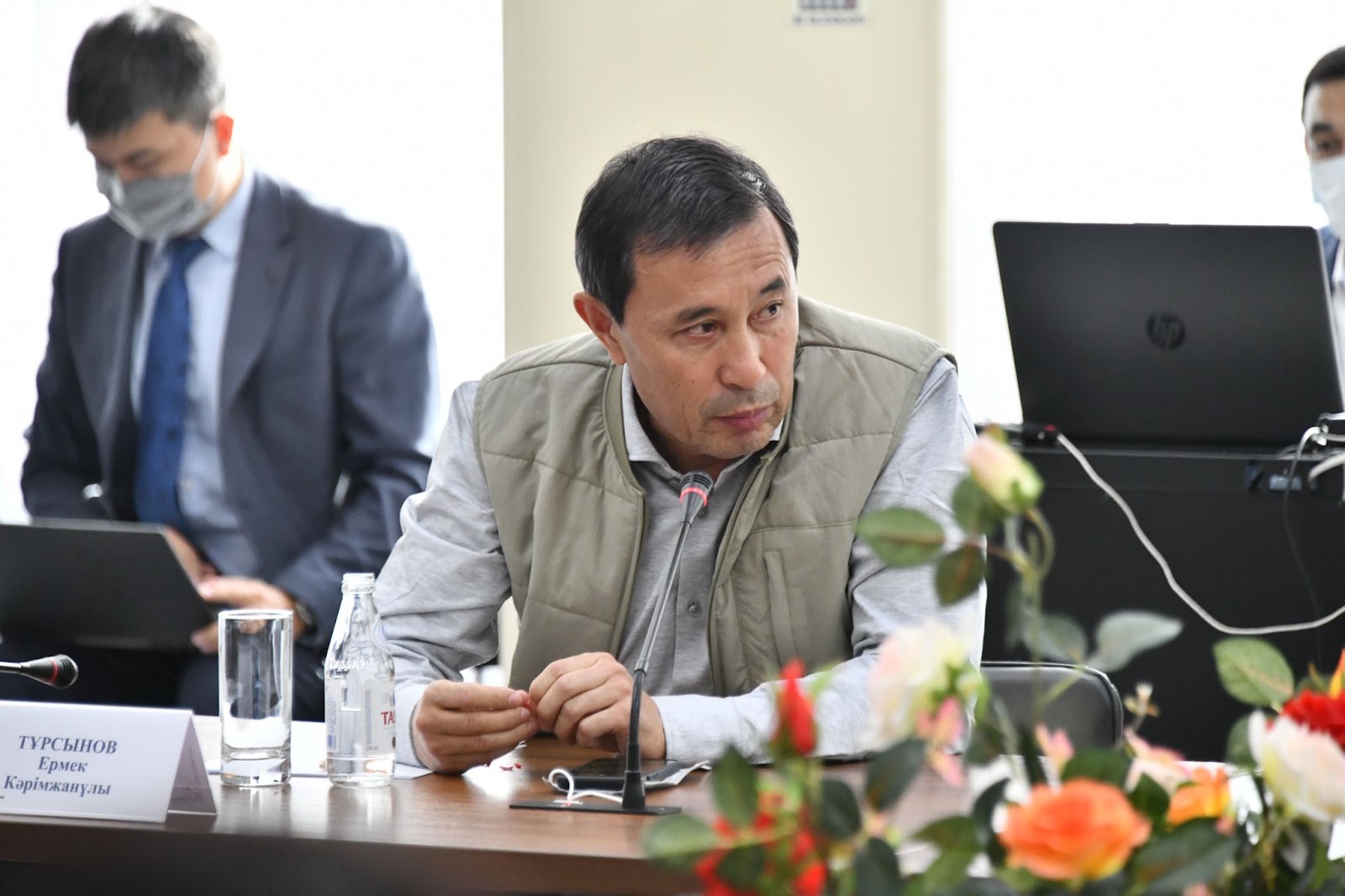 Attention was paid to the issues of promoting national values ​​and traditions, raising the cultural level and spiritual improvement of modern society, promoting the values ​​of Ruhani Zhangyru, which were laid down by the ideas of the First President of the Republic of Kazakhstan - Elbasy Nursultan Nazarbayev in his program article, and the national project Ulttyq Ruhani Zhangyru approved by the Decree of the Head of State Kassym-Jomart Tokayev "On approval of the list of national projects." 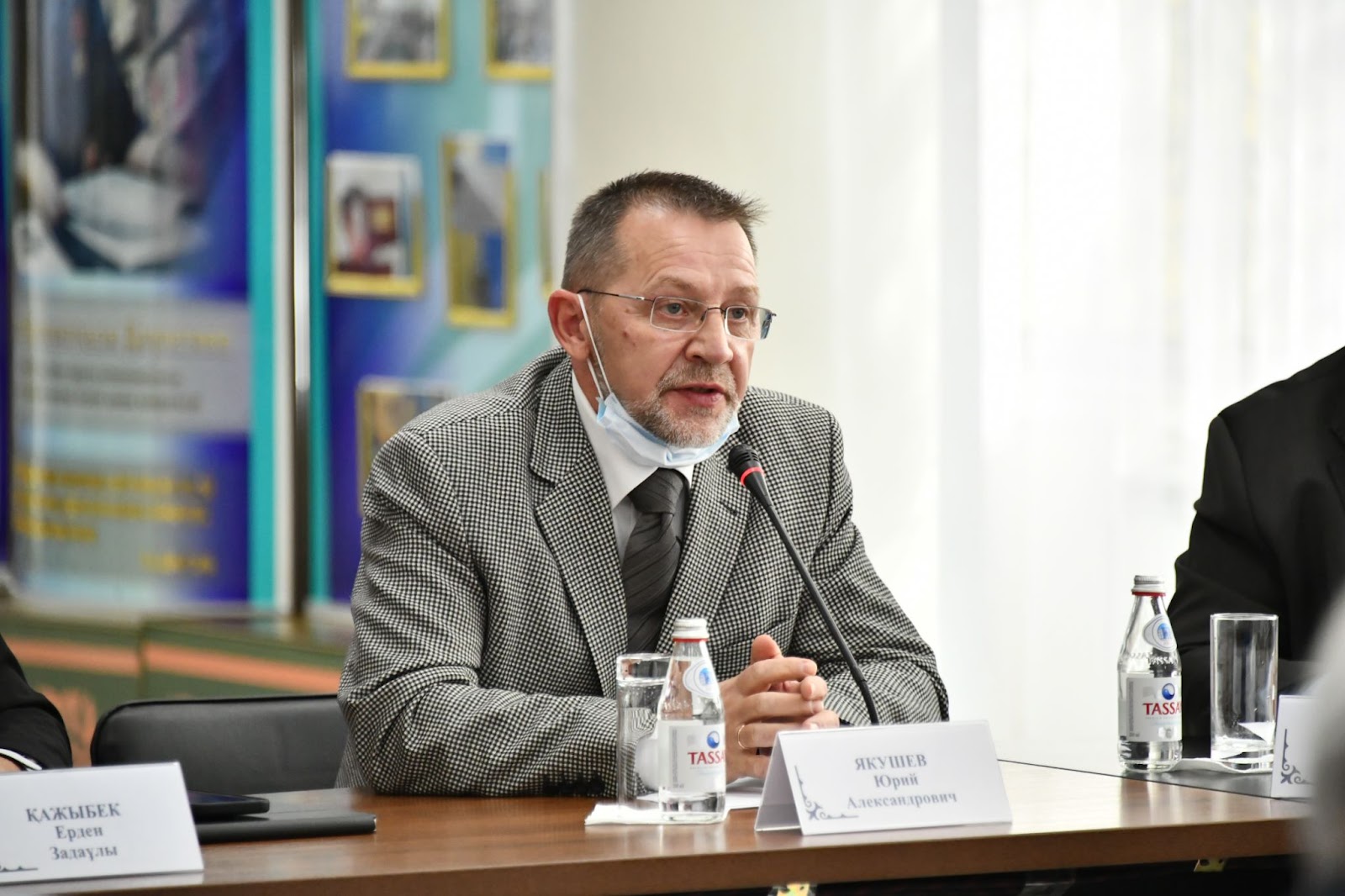 To date, 10 specific national projects have been identified in the country, including the Ulttyk Ruhani Zhangyru project. The goal of the project is to preserve the national and cultural identity and realize the artistic and creative potential of each Kazakhstani by stimulating, improving the quality and diversity of cultural products, forming spiritual moral values ​​among the young generation, as well as expanding the scope of the state language, promoting domestic cultural products, incl. h. by creating the Unified Electronic Platform e-culture.kz. The implementation of national projects will become a factor in further increasing the stability and competitiveness of the economy, improving the quality of life of Kazakhstanis. 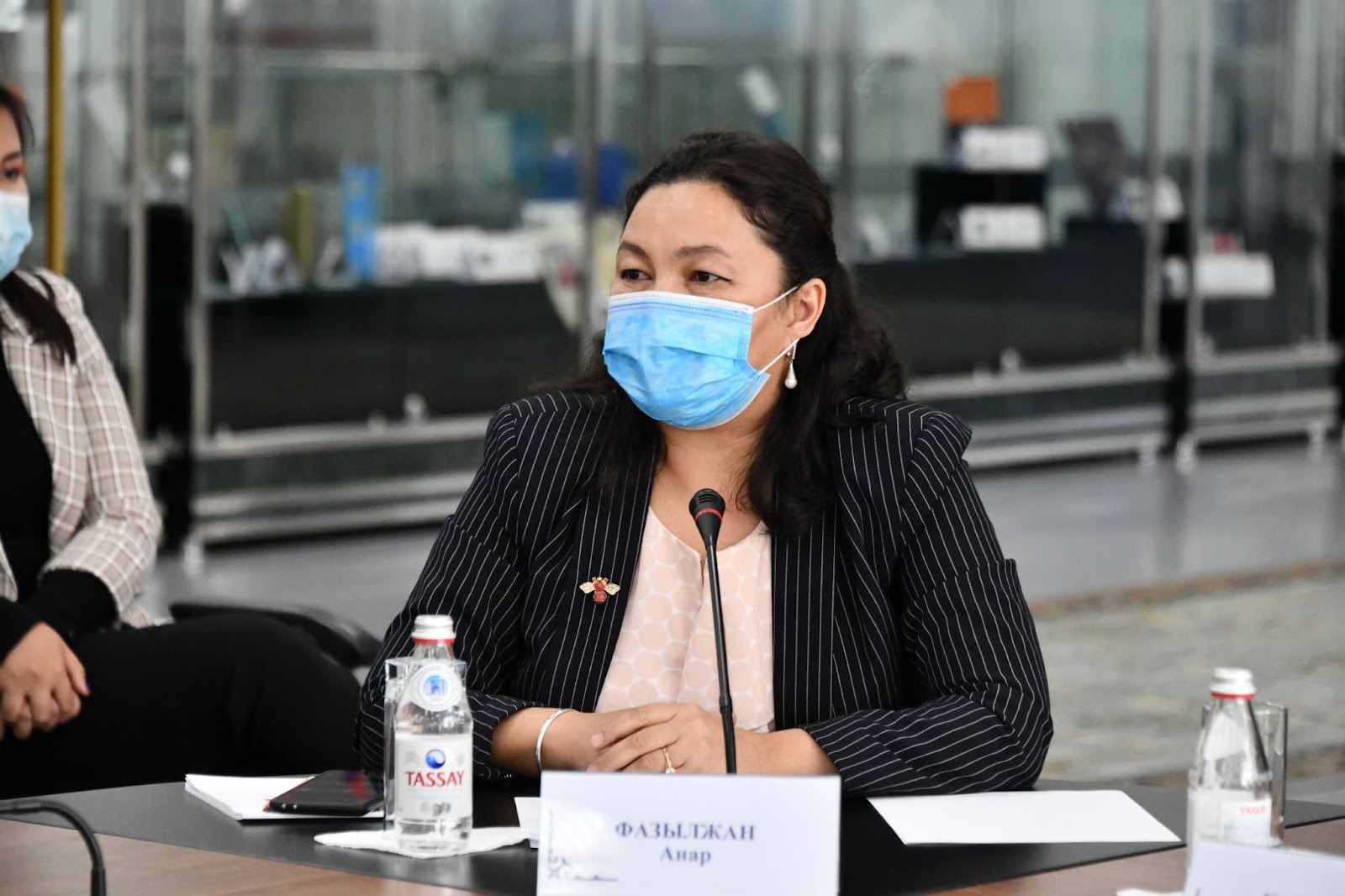 In Almaty, within the framework of the Ruhani Zhangyru program for 9 months of this year, 347 projects were implemented. Within the framework of the article "Seven Facets of the Great Steppe", more than 80 events have been implemented, most of which are to popularize the life and heritage of the great historical figures of the Steppe. On the basis of the libraries, 105 developmental circles function, which also cover the special project "Great Names of the Great Steppe". The translation of 100 textbooks has been completed within the framework of the special project “New humanitarian knowledge. 100 new textbooks in the Kazakh language ”. The implementation of new special projects has begun: 67 events have been held aimed at fostering pragmatism, rational skills, studying cultural heritage, etc. personality development (education of patriotism, increasing creative potential, etc.). 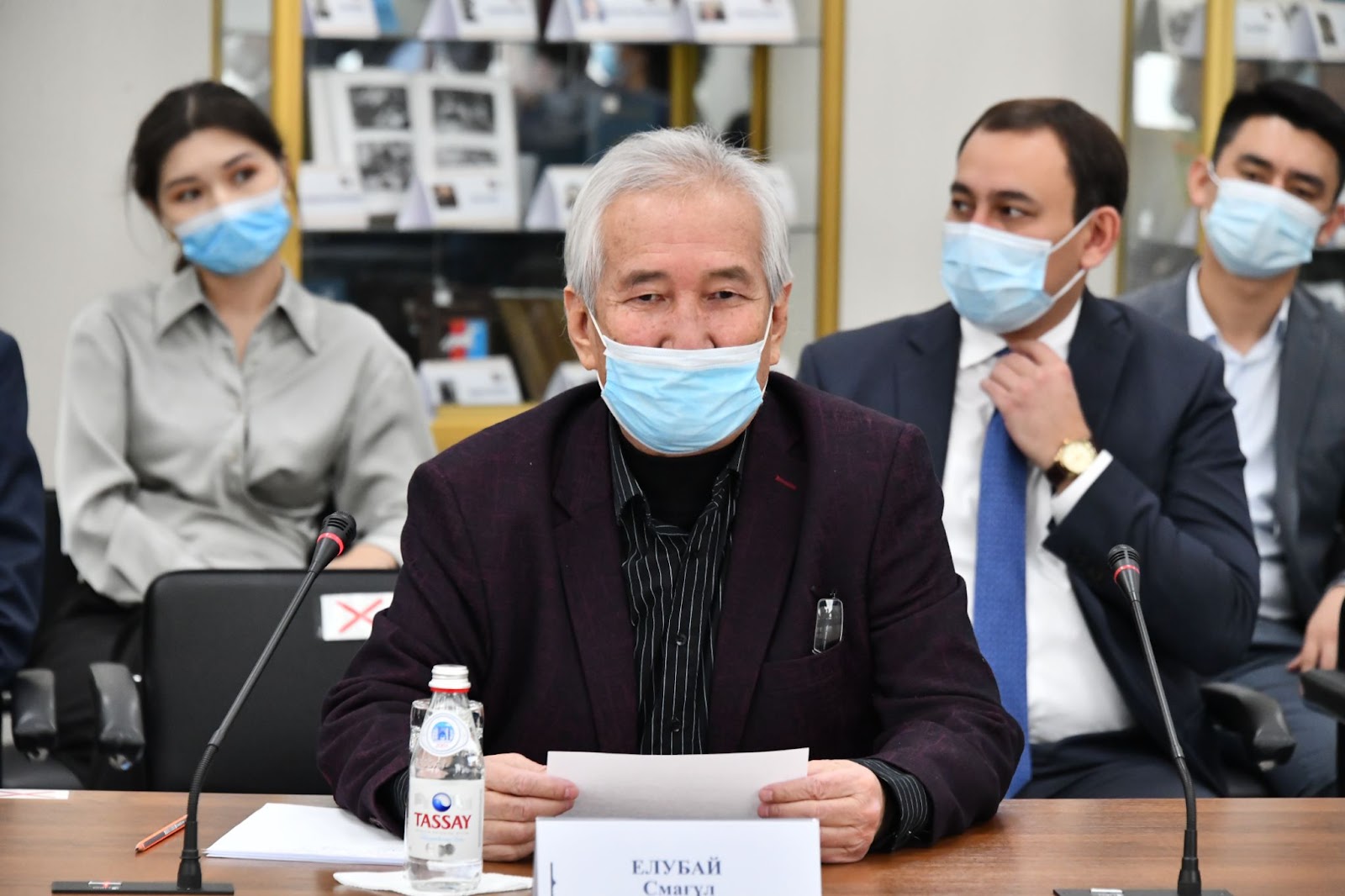 The participants of the meeting in their speeches voiced a number of proposals on the further development of cultural infrastructure, promotion of national values ​​in various formats of media production and cinema, increasing educational content in the state language, etc. 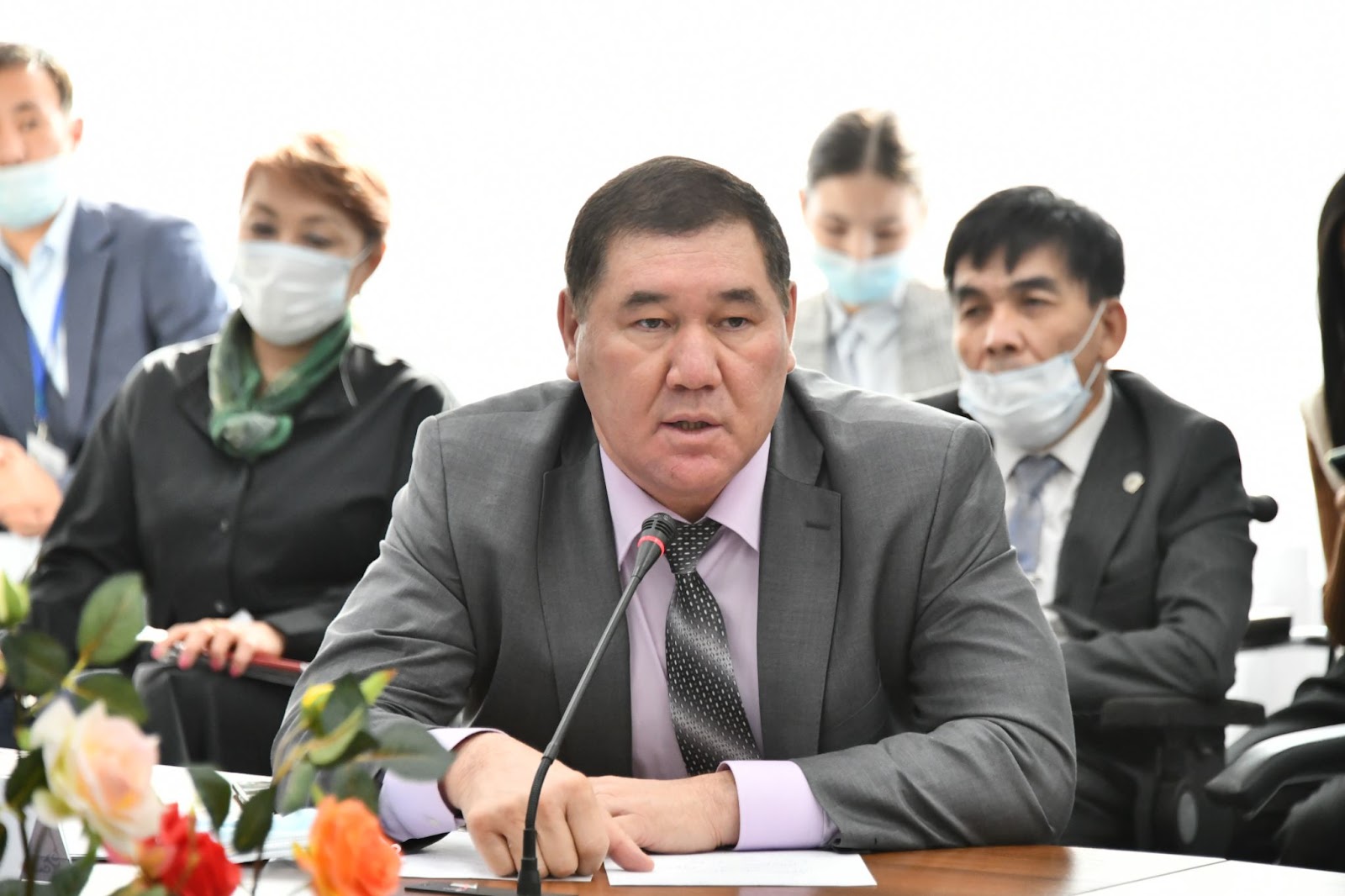 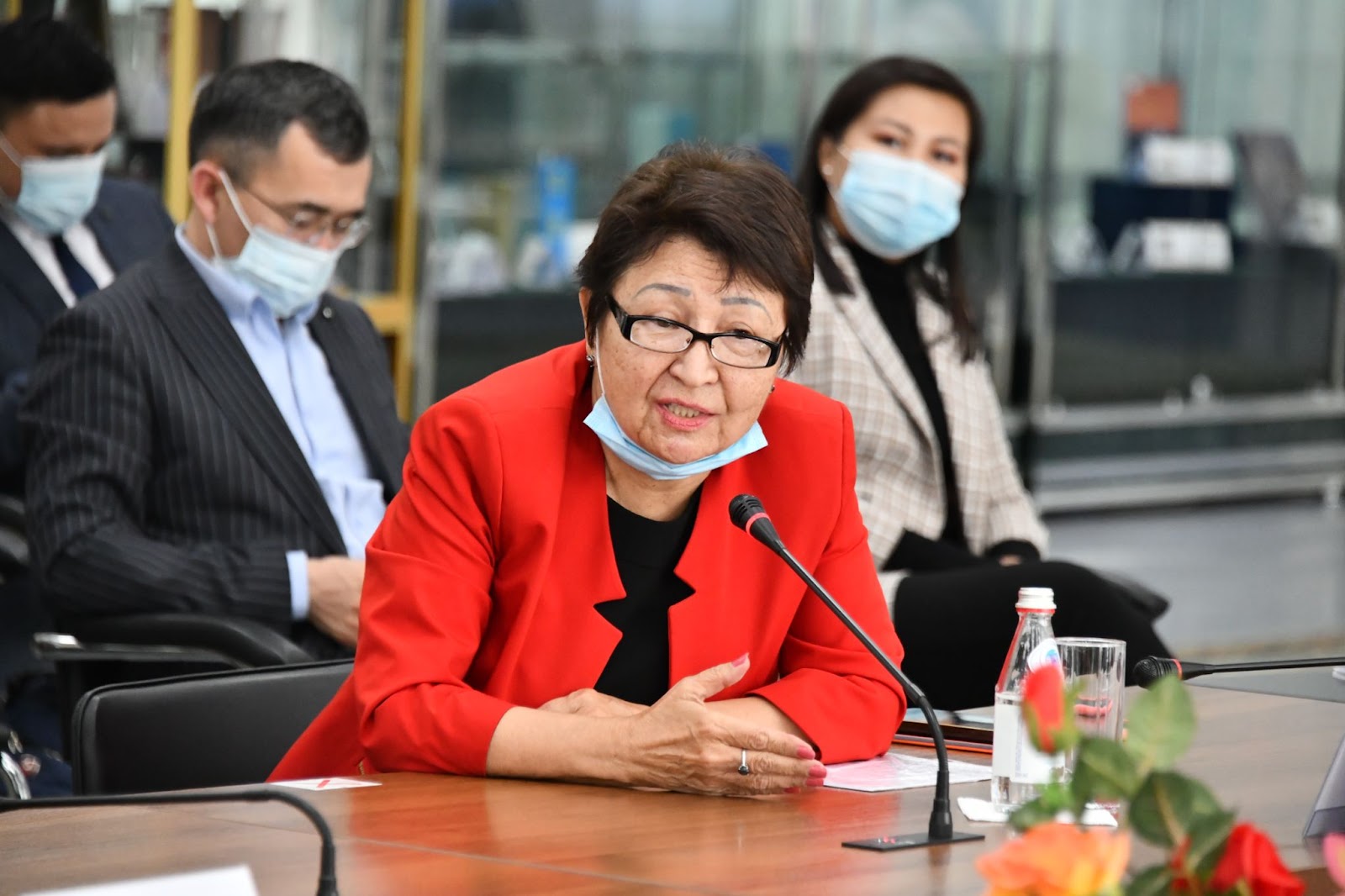 In turn, representatives of state bodies explained the main directions of work within the framework of the national project Ulttyq Ruhani Zhangyru and commented on the issues raised. 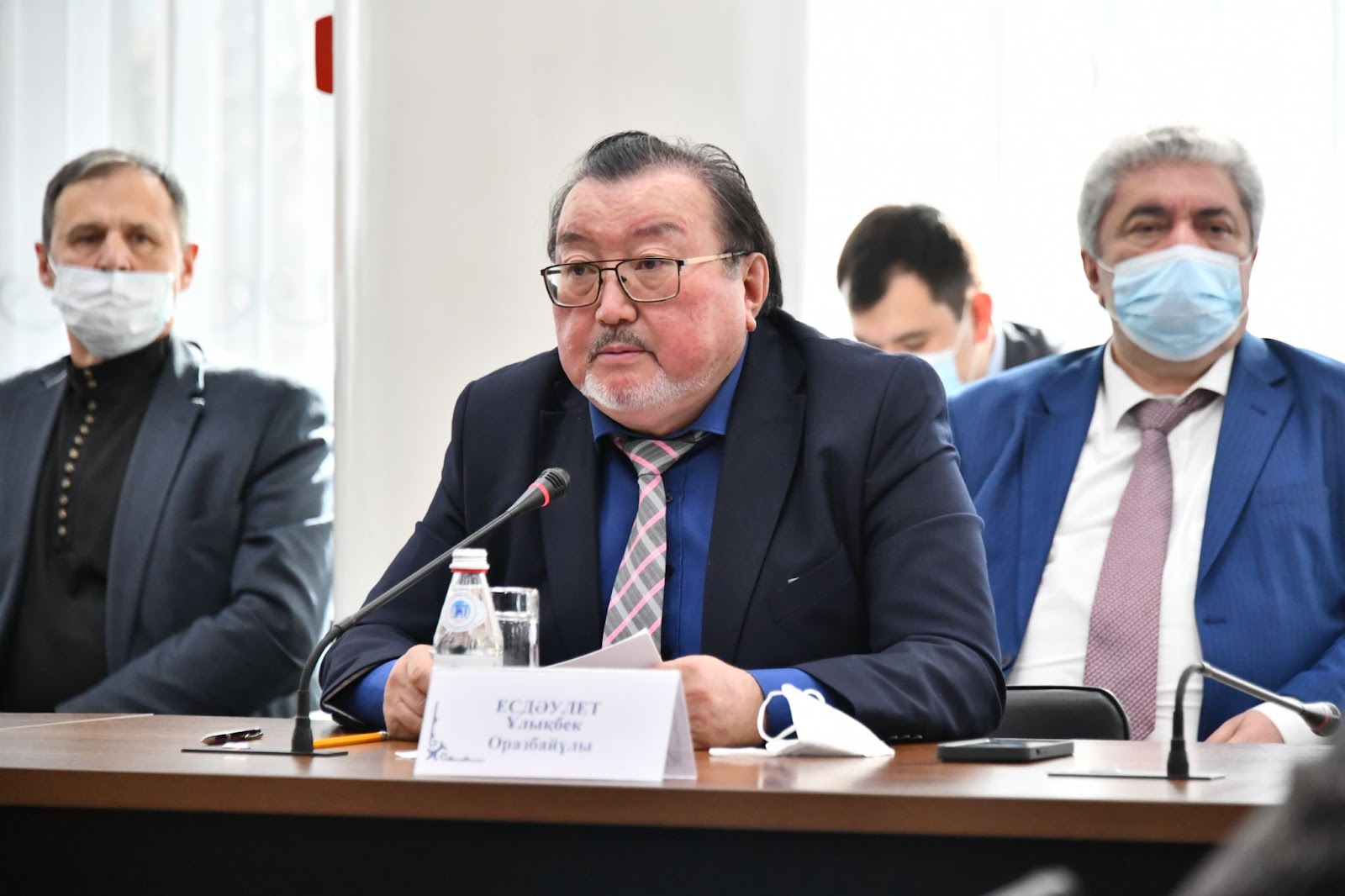 At the end of the meeting, Yeraly Tugzhanov expressed gratitude to the representatives of the scientific and creative intelligentsia for their contribution to the development of the cultural component, increasing the country's creative potential and gave a number of instructions to state bodies to strengthen interaction for the high-quality implementation of national projects, incl. taking into account the proposals voiced during the meeting. 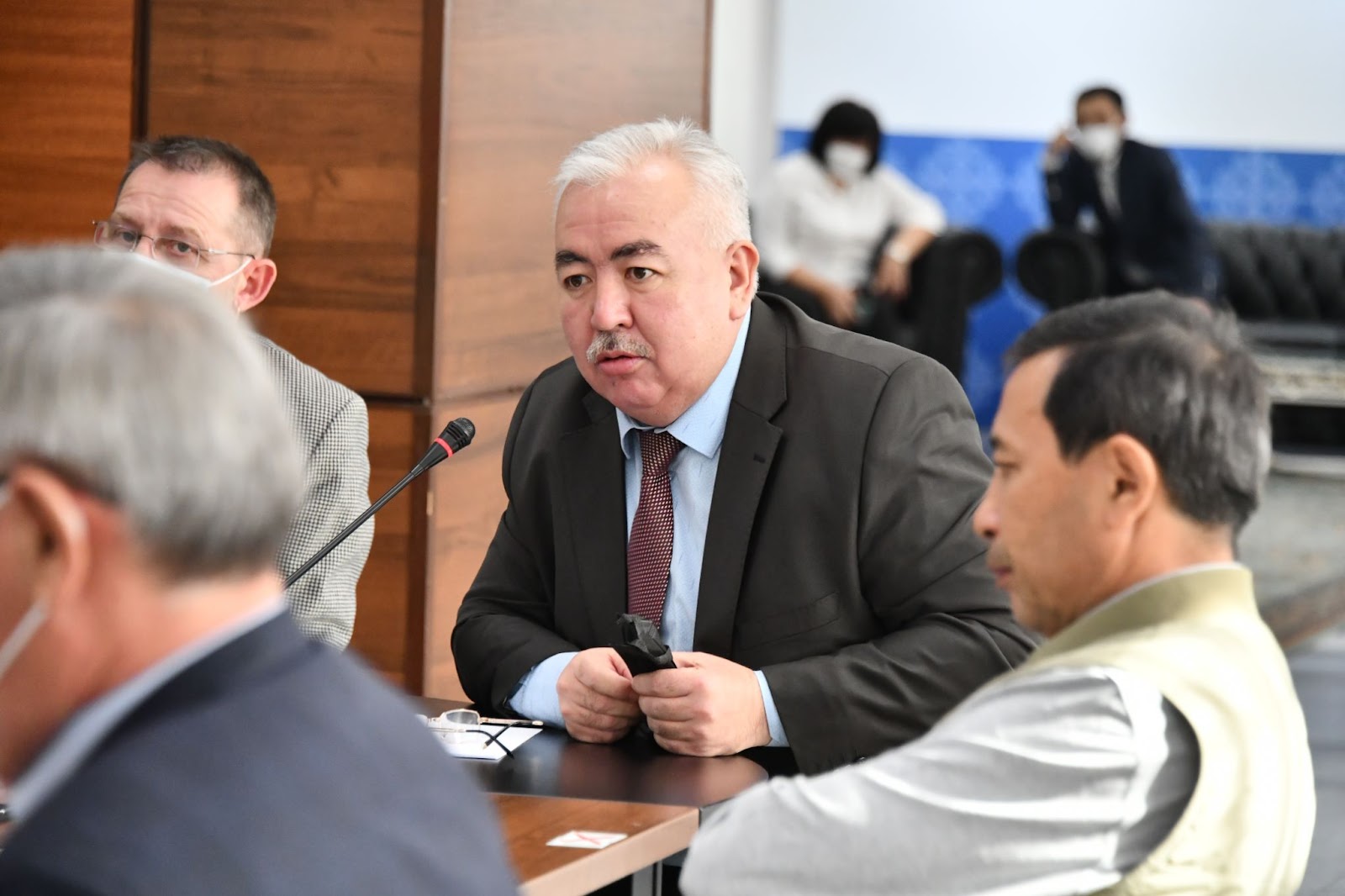 For reference: among the main directions of the implementation of national projects:

- "El Ruhy" will improve the quality of services in the field of culture, ensure the availability and popularization of domestic cultural products.