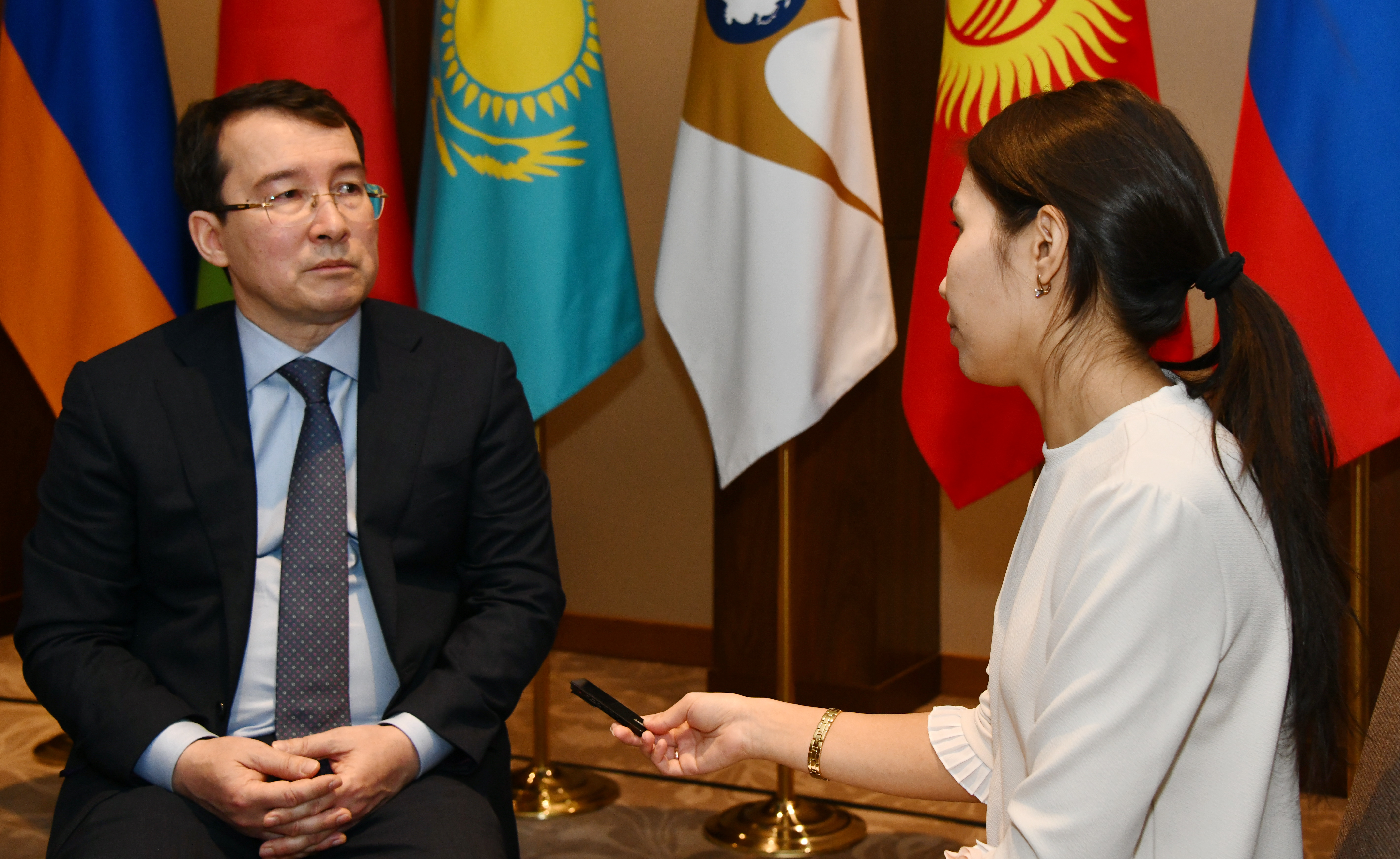 The next meeting of the EAEU Intergovernmental Council will take place on Jan. 31 in Almaty. One of the main topics of the meeting will be the development of trade and digital integration of the participating countries. Minister of the Eurasian Economic Commission for Economics and Financial Policy Timur Zhaksylykov spoke in more detail about the meeting in an interview with Primeminister.kz.

—  What issues will be considered at the upcoming meeting of the EAEU Intergovernmental Council?

—  Traditionally, a wide range of issues is considered at the meetings of the EAEU Intergovernmental Council, they are related to both the current agenda and promising areas of integration development. In particular, I can outline a very important issue that has already become traditional, regarding minimization and reduction of barriers, removal of restrictions on the domestic market of the Union. We have the so-called White Paper of barriers, obstacles and exemptions in the domestic market of the Union. Roadmaps have been created, consistent work is underway to minimize these barriers. This will be discussed tomorrow.

Another important issue related to promising areas of integration is a document called Strategic Directions for the Development of Eurasian Integration until 2025. This is a very important document, since it will determine the pace, nature and content of the integration process for the medium term. The document goes through a very lively discussion. He is at work. Meetings are regularly held, working groups in which the governments of all countries participate. My colleague, Minister Sergey Glazyev, will report on the state of work.

I would also like to note the question of the progress of work on the Agreement on the formation of a common market for alcoholic beverages, which my block is working on. This is also a very important issue that has been in our work for a long time. We are at an advanced stage in agreeing on this issue, but nevertheless we still have inconsistent points. We will also discuss the possibility of agreeing on uncoordinated issues.

—  In EEC, you oversee the work of the Department on Economics and Financial Policy. What important documents are you currently preparing?

Another important area is work on ensuring freedom in the field of labor migration. The key document in this area is the agreement on the provision of pensions for workers, which was signed at the end of last year and is now being ratified by the parties. Work does not end there. Since it is required to develop, coordinate, launch a large number of technological documents that will ensure the practical implementation of this agreement. This also applies to the export of pensions for migrant workers, and a large layer of information documents that are necessary for the effective interaction of the authorized bodies in this area.

— What does this mean for ordinary citizens of the EAEU member states?

—  Thank you for the clarification. We wish you fruitful work at the upcoming meeting!