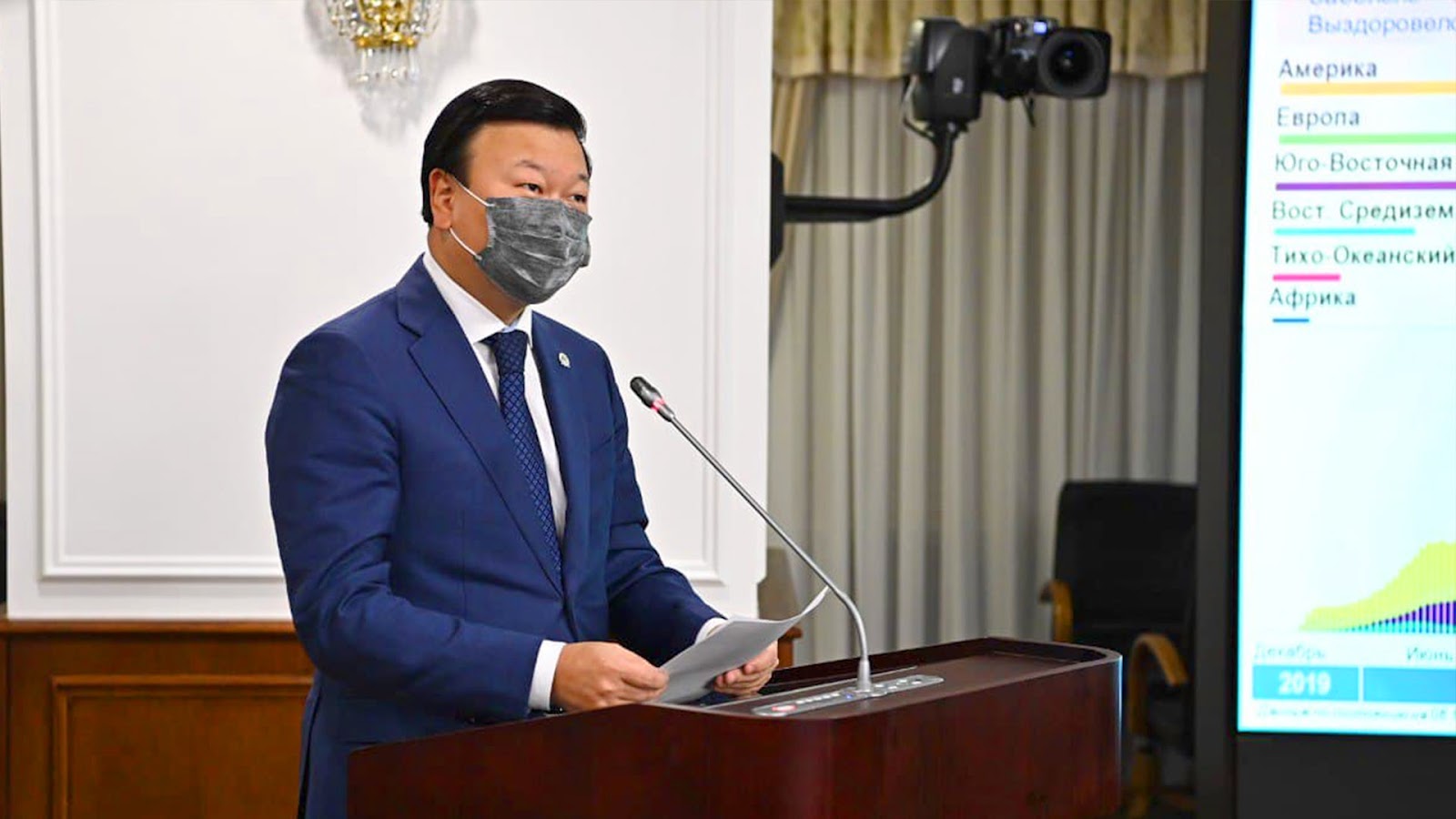 At the government session chaired by Prime Minister Askar Mamin, the sanitary and epidemiological situation was considered. As the Minister of Healthcare Alexey Tsoy reported, more than 267 million cases of CVI have been registered in the world at the moment, more than 500 thousand cases are registered per day. More than 5 million people have died.

In the world ranking per 1 million population, Kazakhstan is in 108th place in morbidity, and in 102nd place in mortality out of 222 countries. In the republic, 977,714 cases of coronavirus infection with a positive PCR test and 83,209 cases with a negative PCR test were registered, more than 95% of patients recovered. The reproductive number is 0.92, and compared to August, there is a decrease of 1.2 times.

Today Akmola region is in the red zone. There are 5 regions in the yellow zone. 11 regions are in the green zone.

There is a positive trend towards a decrease in the number of those continuing treatment; over the past three months, the number of patients has decreased by 3.7 times (from 84,268 to 22,353 patients). Vaccination of the population against CVI continues.

The first component of Comirnaty (Pfizer) vaccine has so far been provided to 128,174 adolescents and 31,747 pregnant and lactating women. The second component was received by 5,592 people. Vaccination continues.

Taking into account the emerging epidemiological situation in the world, the National Advisory Commission on Immunization has revised the tactics of revaccination of the population. So, from Dec. 8, all persons who have completed vaccination with two doses, as well as those who have had a coronavirus infection, are subject to revaccination after 6 months. To date, 44,702 people have been revaccinated.

“The circulation of the Omicron variant of the coronavirus has not been established. Genome-wide sequencing of positive samples taken in all regions of the Republic of Kazakhstan continues,” the minister said.