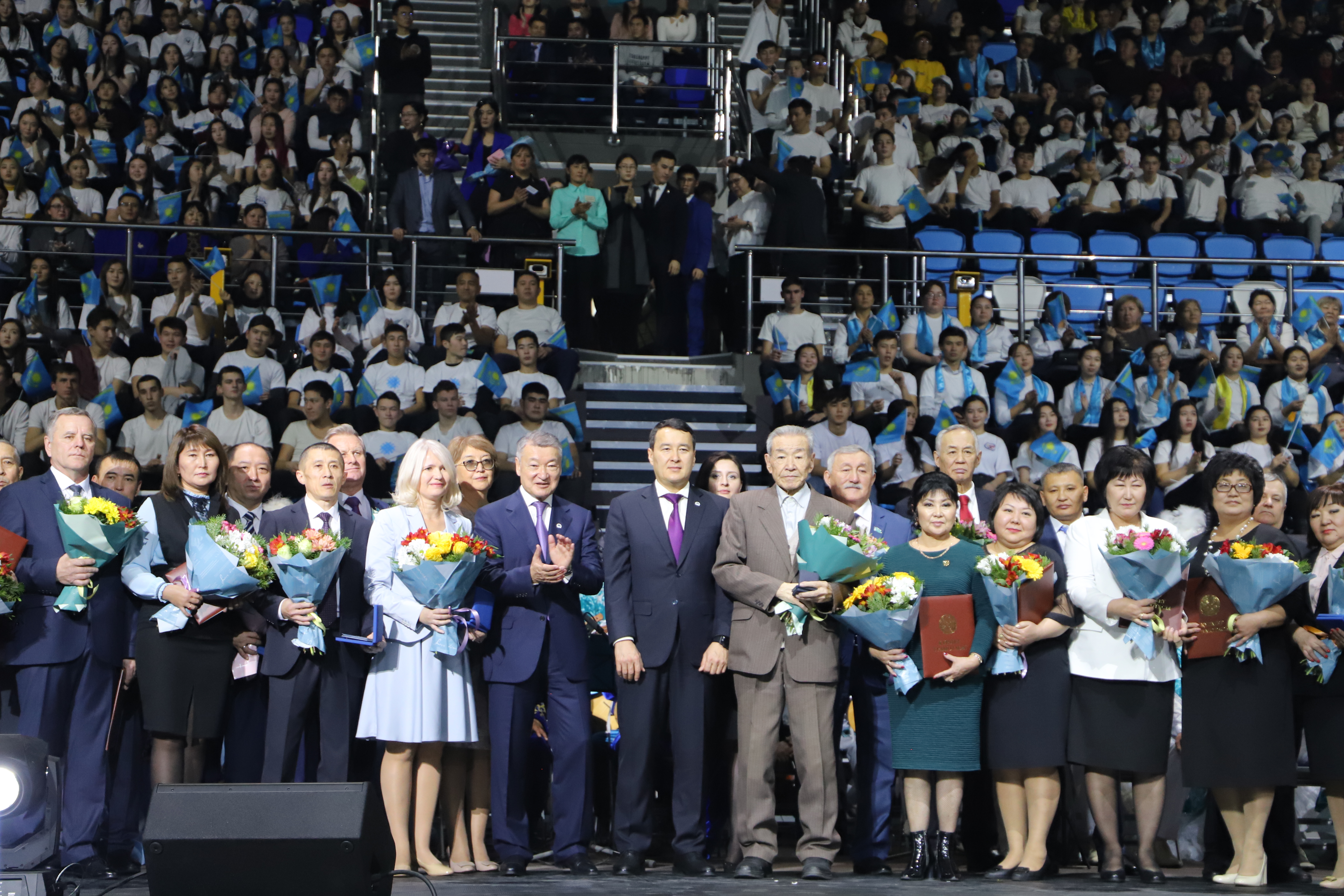 Alikhan Smailov attended the opening of a multifunctional cultural and sports complex in the Karagayly microdistrict, handed the keys to the new settlers and took part in a solemn meeting dedicated to the Independence Day of the Republic of Kazakhstan.

First Deputy Prime Minister Alikhan Smailov and akim of East Kazakhstan oblast Danial Akhmetov handed over the keys to 40 apartments in the Karagayly microdistrict. He congratulated the new settlers on the happy occasion, noting that on behalf of the First President of the Republic of Kazakhstan Nursultan Nazarbayev, special attention was paid to the social sphere in Kazakhstan.

This year in the East Kazakhstan region it is planned to build 112 multi-apartment buildings - this is more than eight thousand apartments. Of these, 25 houses were commissioned for 1493 apartments. In total, according to the results of the year, 2665 people from among the waiting list and investors of Housing Construction Savings Bank will enter new apartments. The state housing programs “7-20-25”, “Happy holidays” are being implemented, within the framework of which preferential conditions are offered for large, incomplete and raising children with disabilities families. Since the beginning of the year, 440 large families of low income from the waiting list have been provided with housing.

First Deputy Prime Minister and Minister of Finance Alikhan Smailov got acquainted with the work of a unique sports complex.

The construction of the sports complex began in 2017. The large hall, where large-scale cultural and sports events are planned, is designed for five thousand seats. Facing is made of aluminum panels according to the principle of “ventilated facade”. The media facade makes it more spectacular.

The complex, built to all international standards, will allow for competitions in various sports. The pool is designed for tournaments, swimming classes, aqua aerobics, water polo and diving, recreational swimming population. The total area of ​​the sports facility is 33.8 thousand square meters. The construction of a large complex was carried out by a domestic company from Semey LLP "Firma Asia".

Alikhan Smailov took part in the solemn meeting dedicated to the Independence Day of the Republic of Kazakhstan, which was held in the new complex.

“The East Kazakhstan region also made a significant contribution to the country's achievements over the years of independence. Your industrial and agricultural region occupies a leading position in the production of tantalum, copper, zinc, and some types of agricultural products. The region ranks first in the country in the number of subsidized business projects, in the number of public-private partnership agreements. It is your first open center for robotic surgery in your country, a neurosurgical hybrid operating room. For two years, all schools are equipped with IT classes. The quality of educational and medical services is steadily increasing. All this creates the basis for the well-being of citizens, ”said Alikhan Smailov.

In more detail about the achievements of the region over 28 years of independence, the akim of the East Kazakhstan region Danial Akhmetov spoke.

“We are rightfully proud of this historical period, a unique chance to revive the most important thing - statehood, language and culture. Rallying around Elbasy, we have passed the path of accomplishment, and today we proudly call ourselves citizens of independent Kazakhstan - a strong and successful state. On the ancient Kazakh land, we are connected by one fate and the great history of Uly Dala Eli,” said Danial Akhmetov. “The future is forming today” – the fundamental political philosophy of Nursultan Nazarbayev defined the strategic line of the country's development, focused on progress and creation. Our sacred duty to future generations is to preserve and strengthen the core values ​​of our Independence.”

During the solemn meeting, 50 East Kazakhstan citizens received state awards. Five of them became holders of the title “Honorary Citizen of East Kazakhstan.”

The solemn meeting ended with a festive concert with the participation of Kazakhstani stars.