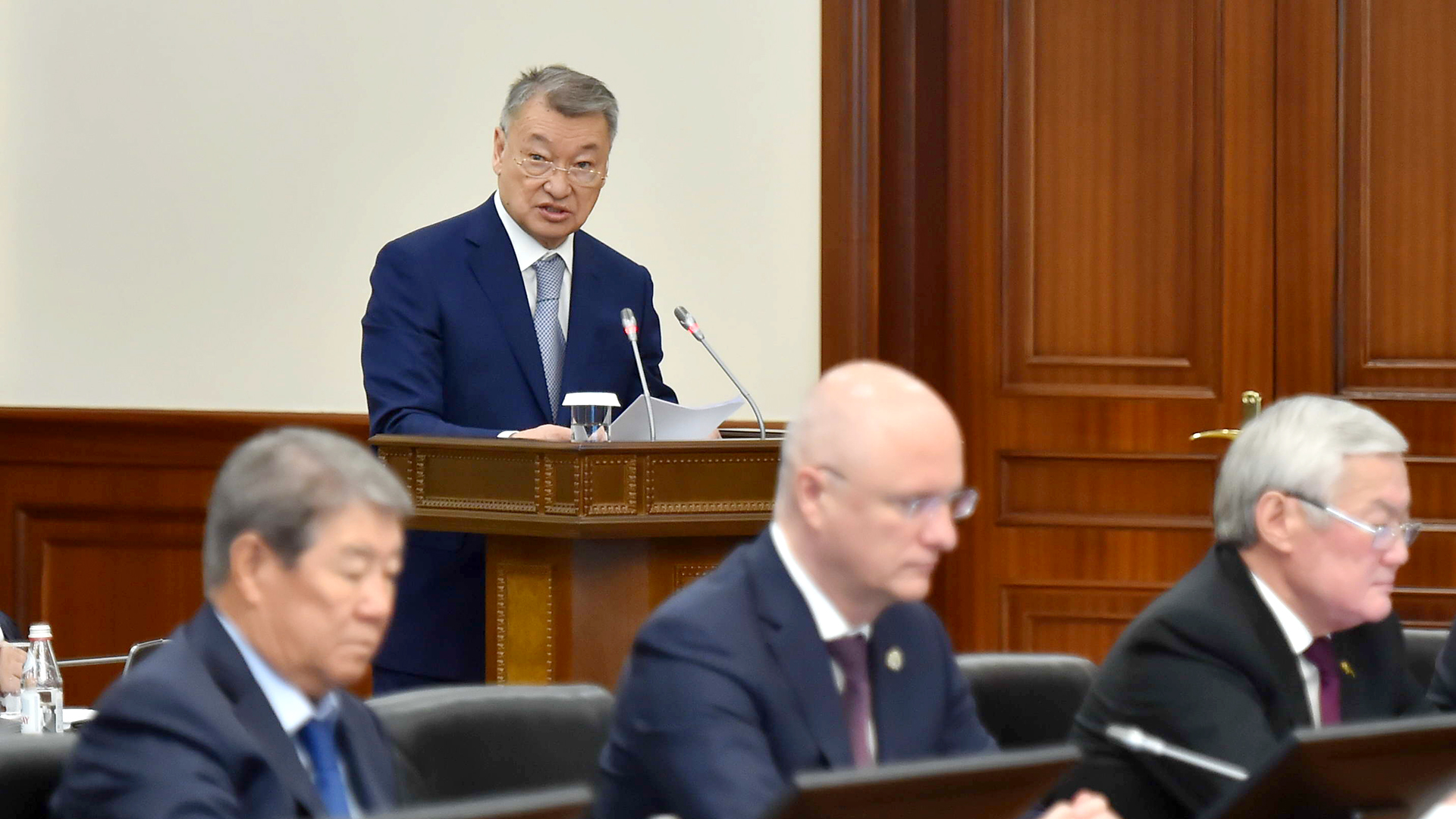 During the extended Government session chaired by the Head of State Kassym-Jomart Tokayev, the regional akim Daniyal Akhmetov reported on the results of the socio-economic development of the East Kazakhstan region for 2019.

According to the akim, the results of 2019 showed that the trajectory of sustainable development in the East Kazakhstan region remains, the growth dynamics of all the main socio-economic indicators are ensured.

Over the past year, gross regional product reached more than 4 trillion tenge. The volume of industrial production increased by 109%, agricultural production — by 104%, investment — by 123%, construction — by 106%. 443 thousand square meters of housing were commissioned, which is 108% more.

“Positive results in the real sector allowed to increase the national budget, tax revenues by 121%, including local budgets by 114%. Incomes of the population increased by 116%, average monthly wages — by 114%, deposits of individuals — by 111%. 27 thousand new jobs were created,” the akim informed.

In the region, special attention is paid to the quality of life of the population, including health care, education and social security.

“We set ourselves the task — to change the principle of development of healthcare in the region from catching up to leading. Within 3 years, 22 billion tenge were invested in the industry. 1,086 modern equipments were purchased. Centers of robotic surgery and transplantology, polytrauma, orthopedics, a hybrid operating room, a stroke center of level III were opened, and stroke centers of level II were created in the regional centers of Altai and Ayagoz,” Akhmetov said.

At the same time, institutions are being accredited for compliance with the International “Gold Standard” — Joint Commission International, which will allow taking a real step towards the development of medical tourism. To match the medical staff to the new system of effective medical care being introduced, more than 5.5 thousand specialists improved their qualifications within the framework of the three-level program, 276 of them in non-CIS countries.

"The measures taken allowed us to raise the level of medicine, reduce infant mortality by 28%, from diseases of the circulatory system by 7%, from tuberculosis by 66%," said the akim.

In the field of education, secondary education has switched to updated content based on the experience of Nazarbayev Intellectual Schools. Equipping all 648 schools in the region with IT classes has been completed. The implementation of the trilingual education project is ongoing.

Moreover, these measures, as well as the program for enhancing the competitiveness of regional universities under the regional project "Bіlіktі Maman," made it possible to increase the availability of higher education from 48 to 64% and reduce the outflow of school graduates to universities in neighboring countries by 3 times.

“Solving the issues of quality of life, we focus on improving the well-being of low-income and large families. According to the results of last year, 495 large families out of 1,700 in the waiting list received houses and apartments. The remaining families will be provided with housing in stages, over a period of three years,” said Akhmetov.

According to the regional akim, not only budgetary funds, but also investments of international financial institutions, as well as investments of public-private partners, are involved in ensuring an increase in the standard of living of the population.

To date, 266 PPP projects are in operation, which is 30% of the projects in the Republic of Kazakhstan. 29% of regional agreements and contracts with the European Bank for Reconstruction and Development in Kazakhstan are in East Kazakhstan region.

“Considering the development prospects of the region and analyzing strategic long-term reserves that can bring the region to a fundamentally new level, the agricultural sector has been identified as the vector direction of the real sector,” said the akim.

Thus, experts estimate the Chinese soybean market in the amount of 97 million tons. China annually imports about 3 million tons of corn. It is these two areas in the next few years that will change the structure of agriculture in East Kazakhstan region.

Another promising development of the economy is the creation of new technologies, the modernization of production processes based on the mineral resource base of the region.

As the akim emphasized, by 2040 the existing large deposits will be practically exhausted. For the full development of this area, the need has arisen for organizing a high level of exploration and prospecting work to a depth of more than 1 km, adopting a program for the extraction and processing of rare and rare-earth metal deposits, and building infrastructure.

Akhmetov also spoke separately about preparations for the 175th anniversary of the birth of Abay Kunanbayev.

“The ideology of all the festive events corresponds to the goals of the First President – the Leader of the Nation Nursultan Nazarbayev reflected in the Rouhani Zhangyru program and the article “The Seven Facets of the Great Steppe.” It is planned to carry out 560 events, including 24 international, 21 national, 515 regional. The implemented projects along with ideological, spiritual and educational tasks will ensure the further development of the region’s economic, infrastructural and tourism potential. Their total amount is 20 billion tenge,” the regional akim summed up.