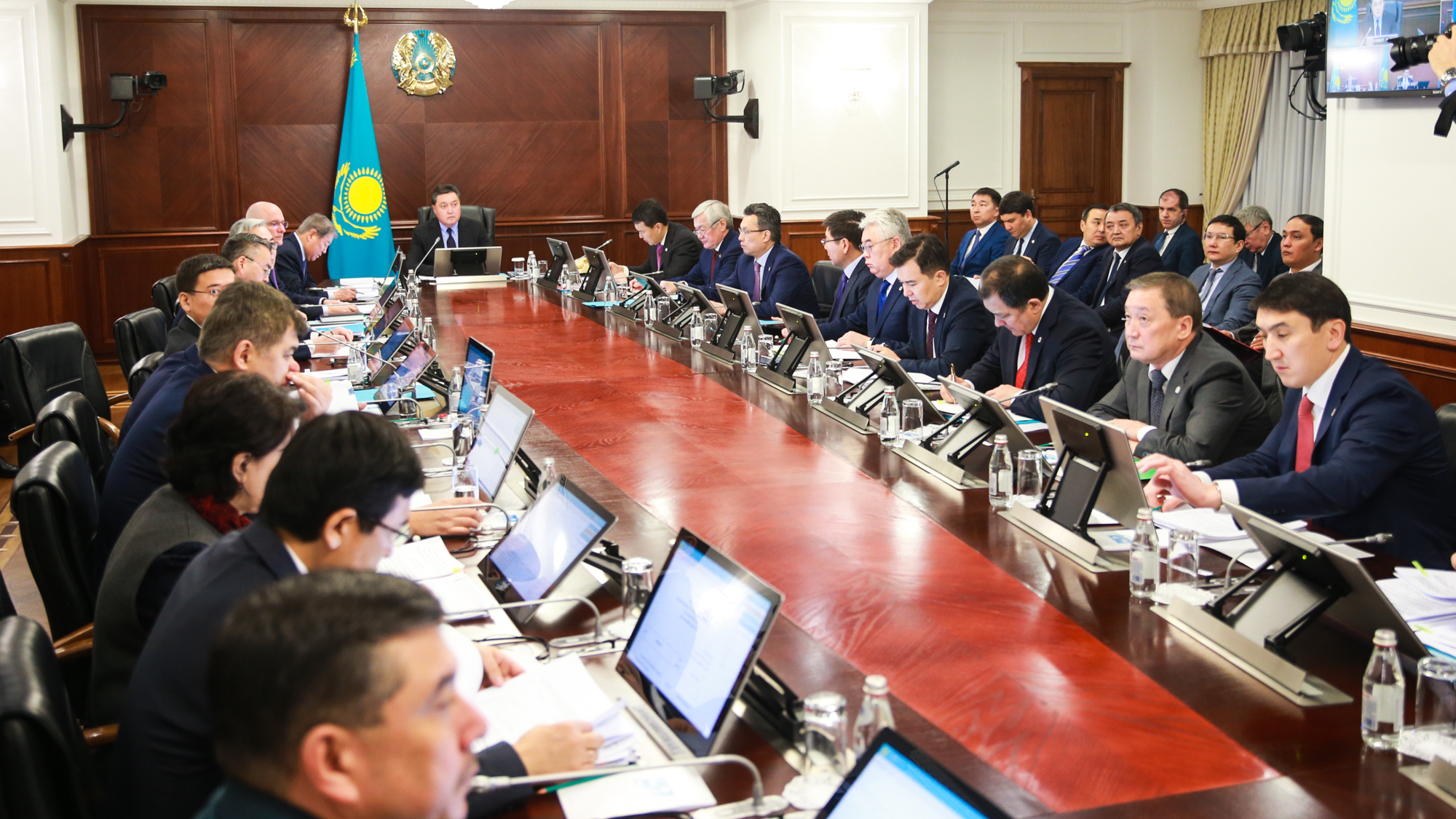 At the Government session chaired by Prime Minister Askar Mamin, the situation on the roads in connection with difficult weather conditions was considered.

Minister of Internal Affairs Yerlan Turgumbayev said that from Dec. 16 to 22, 2019, 104 accidents were registered in the country, as a result of which 39 people died and 158 received various injuries.

The situation on the roads was negatively affected by weather conditions. A sharp increase in temperature to zero degrees and the subsequent formation of ice, as well as limited visibility due to fog, rain and snowfall, led to an increase in accident rate on suburban roads.

Over the past week alone, the police, together with emergency situations and JSC Kazavtozhol limited the movement on roads of republican and local significance in 11 regions.

A total of 57 sections of roads of republican significance with a total length of about 7.5 thousand km (7,272 km) were blocked.

The most difficult situation was observed in the East Kazakhstan, Aktobe, Zhambyl and West Kazakhstan regions.

In total, about 1 thousand cars were in traffic jams, more than 120 cars and over 900 people were evacuated from snow drifts. Evacuated citizens were placed in heating points deployed in nearby settlements. To assist citizens in the regions, operational headquarters were deployed.

More than 200 employees of the Emergency Committee and 300 police officers, 170 units were involved in saving people. rescue equipment and police vehicles, as well as special equipment of local executive bodies and road services.

“Ensuring the safety of drivers and passengers is a very important issue. In the near future, according to forecasts, we will expect more snowstorms and lower temperatures. All services must be prepared for this,” said Mamin.

The head of government instructed the regional akimats to assist in the organization of heating and power points on the roads.

“The Ministry of Industry and Infrastructure Development and Kazavtozhol should maximize the use of equipment for cleaning roads from snow and ice. The Ministry of Internal Affairs – to continue the work on ensuring duty and security on highways,” Mamin said.