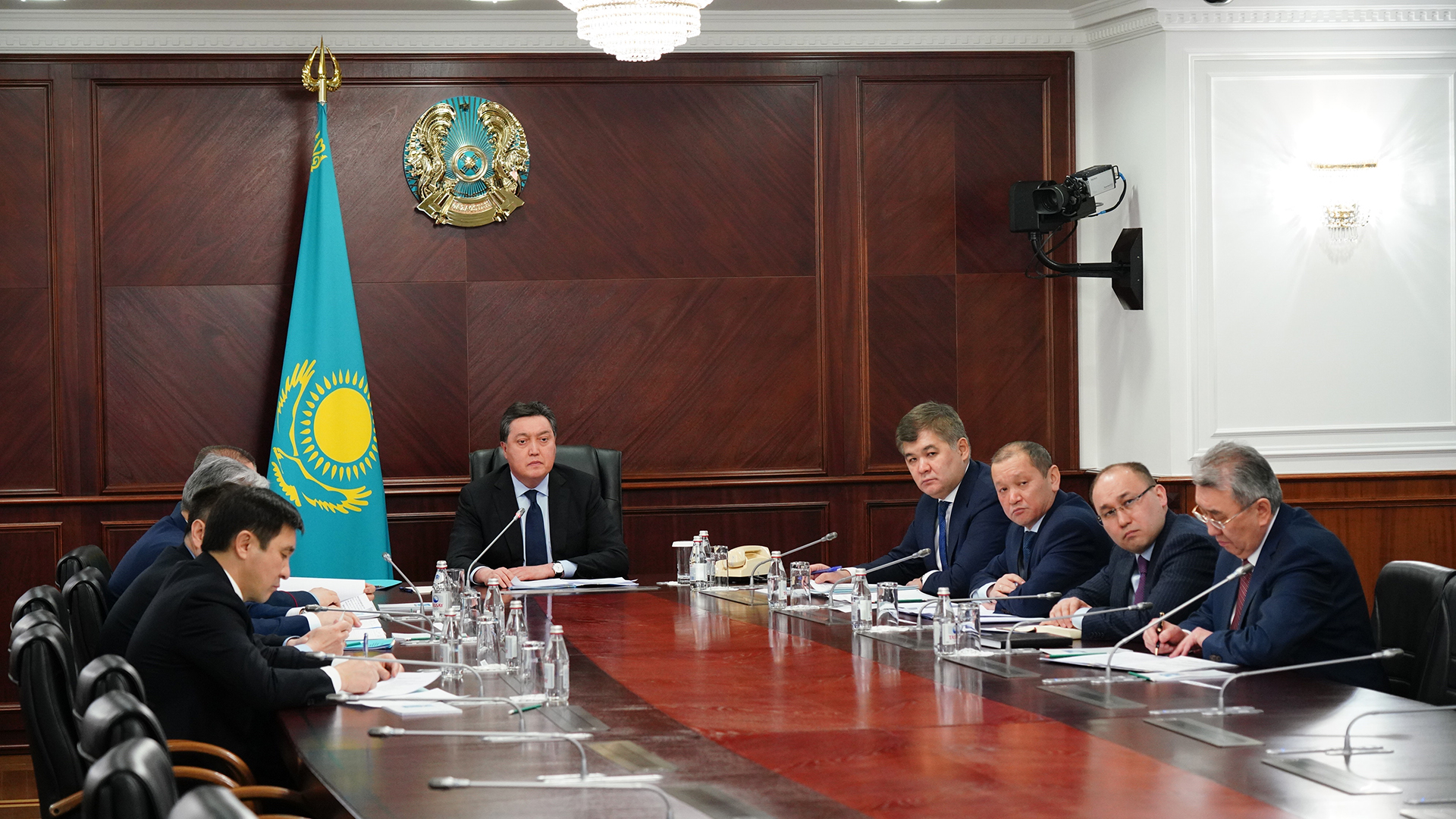 Prime Minister Askar Mamin chaired a meeting of the Government Commission to investigate the causes of the crash of Bek Air airline.

“With deep sorrow, all Kazakhstanis took the sad news of the plane crash in the Almaty region. Unfortunately, people died, many were injured,” Mamin said.

The head of government expressed his condolences to the families and friends of the victims, and wished the victims a speedy recovery.

Deputy Prime Minister Roman Sklyar, Minister of Internal Affairs Yerlan Turgumbayev and Minister of Healthcare Yelzhan Birtanov reported on preliminary results of the pre-trial investigation and ongoing work at the scene led by the Government Commission created following the order of the Head of State Kassym-Jomart Tokayev.

Dec. 27, 2019, at 07.21 a.m. flight No. Z2100 of Bek Air airline, a Fokker-100 aircraft flying in the direction of Almaty – Nur-Sultan lost the altitude during the take-off and broke through a concrete fence. At 07.22 a.m., according to the report of the Kazakh Air Navigation Almaty, an outbreak was observed during the take-off of the dispatcher. The mark from the radar screen disappeared. An alarm has been announced.

At 08.04 a.m., the Emergency Department of Almaty found that the crash of the Foker-100 aircraft took place in the open territory 1.8 km from the runway on the outskirts of Guldala village, Talgar district of Almaty region.

At the time of the take-off of the aircraft in Almaty, 98 people were on board the vessel, including 9 children and 5 crew members.

In total, as a result of the incident, as of 3 p.m., 12 people died, 53 people were hospitalized in various medical institutions of Almaty, of which 17 were in critical condition.

Specialists from leading Republican medical centers, including from the National Center for Neurosurgery and the Research Institute of Traumatology and Orthopedics, flew from Nur-Sultan by the air ambulance board.

The medical organizations of Almaty and Almaty region are providing the necessary medical care, fully supplied with medicines and blood components. Psychologists are working with victims and families of the victims.

“On behalf of the Head of State, 4 million tenge will be allocated to all families of those killed in the crash. The necessary financial assistance will also be provided to all victims,” Mamin said.

The prime minister instructed the Ministry of the Interior to conduct a full pre-trial investigation of the crash of the Bek Air airline, and the Ministry of Healthcare to take all measures for the speedy recovery of the victims.

“The government commission to investigate the causes of the accident should present preliminary results of work by Jan. 10, 2020,” Mamin emphasized.