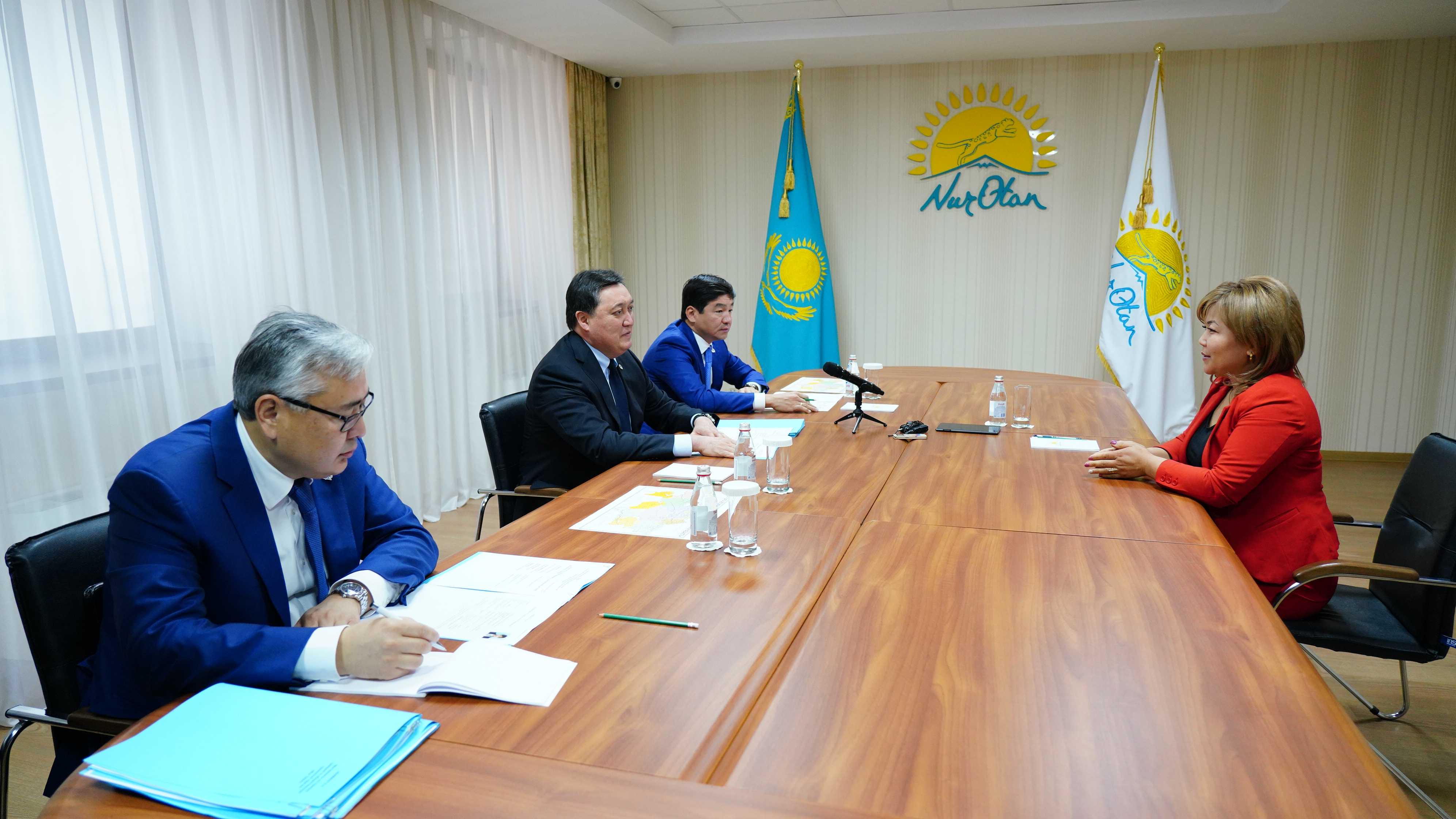 Under the instruction to improve the effectiveness of feedback tools given by the First President – Elbasy Nursultan Nazarbayev to the Political Council of the Nur Otan party, as well as to fulfill the task of forming a “hearing state” set by the Head of State Kassym-Jomart Tokayev in his Address to the People of Kazakhstan, Prime Minister Askar Mamin held a personal reception of citizens at the Nur Otan Party’s Republican Public Reception.

Residents of various regions of the country came to Nur Otan with problems related to the provision of electricity, water supply, infrastructure development and other issues.

Kumysshan Miftakhova, on behalf of over 14 thousand residents of Talapker village, Tselinograd district, Akmola region, raised the issue of providing electricity to the settlement – only 10 transformer substations are working in the village, which causes problems with energy supply.

Mamin instructed the Ministry of Energy and the Akimat of the Akmola region to work out as soon as possible the issue of transferring all power supply facilities to the AREK balance sheet, followed by ensuring uninterrupted power supply, as well as provide for reducing the difference in tariff.

Bazarkeldi Anisov, a resident of the Karasai district of Almaty region, came to the reception office with a request to build a bridge at the Aksengir-Shamalgan railway crossing.

“The bridge and the pedestrian crossing will be built and commissioned before the end of 2020,” said Mamin. The prime minister gave specific instructions to the Ministry of Industry and Infrastructure Development and the Akimat of the Almaty region. In addition, local authorities were instructed to resolve current issues related to the daily and safe crossing of the railway by residents and vehicles.

On behalf of 330 thousand residents of Enbekshikazakh district of Almaty region, Asyl Baitulakov addressed the party's reception with a request to solve the problem of the lack of centralized water supply in 11 villages of the district.

The head of Government said that by now a project has been developed for the construction of a group water supply system worth 4.5 billion tenge, which will solve the existing problem with the district’s water supply by the end of next year.

Entrepreneur Utemis Zhumagaliyev from Atyrau raised the issue of reducing the cost of air tickets on the Atyrau-Nur-Sultan route.

Mamin replied that within the framework of the execution of the order of the First President, Elbasy Nursultan Nazarbayev, FlyArystan airline was created to enhance competition and reduce the cost of air tickets, which will begin flights to Atyrau in May 2020. At the same time, air tickets will be sold at minimum tariffs (5-10 thousand tenge) with their advance purchase. In addition, the Atyrau-Aktobe and Atyrau-Astrakhan highways will be reconstructed to improve transport links.

A school teacher Gulnaz Abdirova contacted the public reception of the Nur Otan party on behalf of more than 3,400 residents of the 195th quarter (Badam) in Shymkent. According to her, in the area there are constantly interruptions in the supply of electricity.

The prime minister replied that 244 million tenge were allocated for powering 828 houses in the 195th quarter of Shymkent. Completion is scheduled for December 2019. The construction of water and gas networks is planned next year.

For each examined appeal, Askar Mamin gave specific instructions to the leadership of the akimats, as well as ministries and departments, assuring the citizens who applied that the solution to the problems raised would be taken under his personal control.

Subsequently, in order to quickly respond to citizens' appeals, the prime minister instructed members of the Government to hold regular meetings with the population in public receptions of the Nur Otan party.