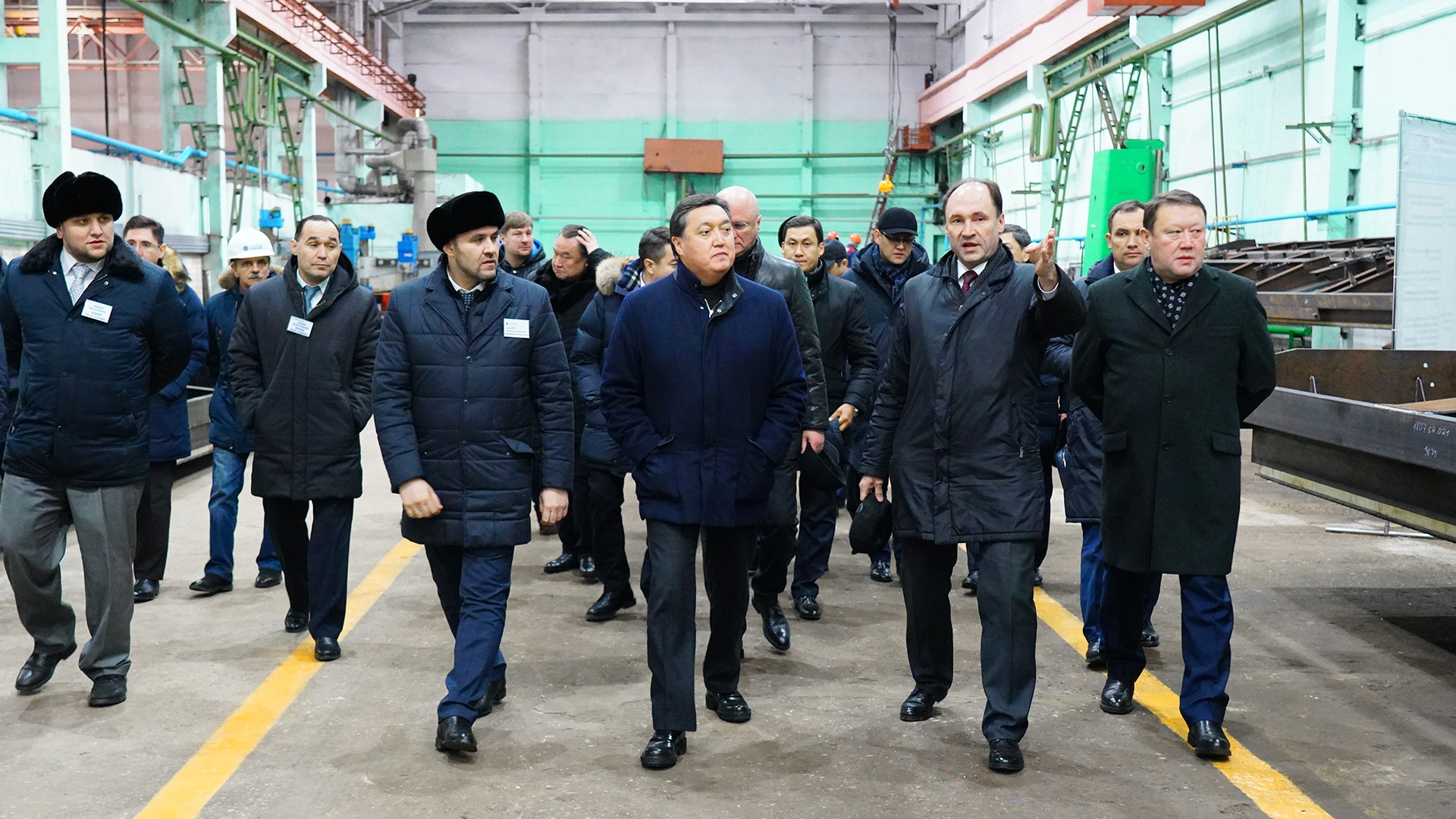 To ensure the implementation of the State Program of Industrial and Innovative Development, the Economy of Simple Things initiated by the First President – Elbasy Nursultan Nazarbayev, as well as the instructions of the Head of State Kasym-Jomart Tokayev on socio-economic development of the North Kazakhstan region, Prime Minister Askar Mamin went there on a working trip.

In Petropavlovsk, the head of the government attended the opening ceremony of the Rim-KazAgro LLP factory for the production of detergents and household chemical goods with a design capacity of 6 thousand tons of liquid and solid soap per year. The enterprise within the framework of the program “the Economy of simple things” will become the first in Kazakhstan to process animal and vegetable fats into environmentally friendly semi-finished products - soap granules that were previously imported.

Mamin got acquainted with the progress of technological modernization of the flagships of the engineering industry of Kazakhstan – JSC Kirov Machine Building Plant and Petropavlovsk Plant of Heavy Engineering. 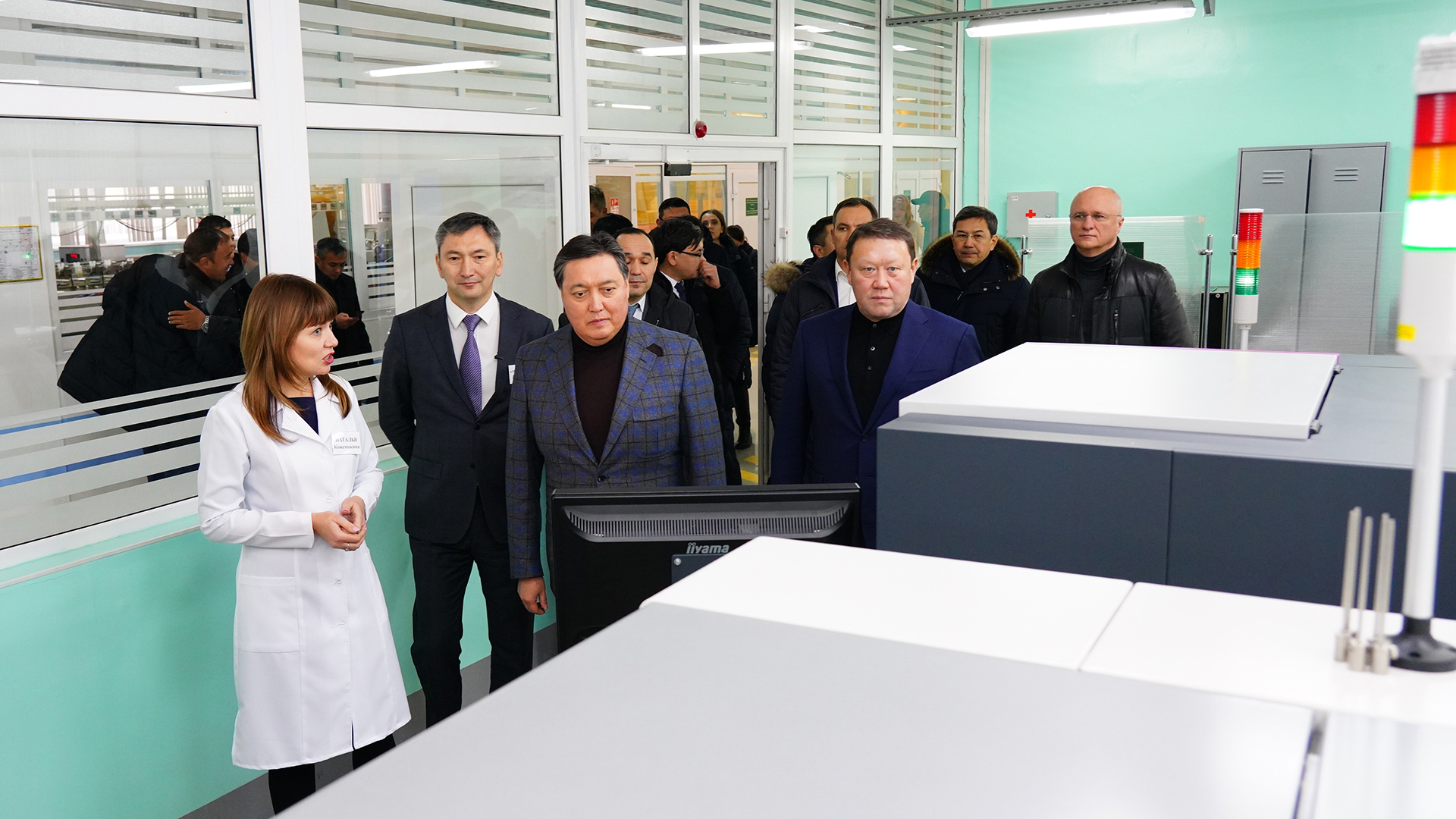 Kirov Plant received modern machines for 2.2 billion tenge. The new workshop produces multi-layer boards – parts for all household appliances. There are no analogues of this equipment in Kazakhstan. This year, the plant masters the modern production of computer equipment under the Kazakhstan brand, which will become an important factor in ensuring the security of domestic information systems and the development of the electronic industry.

Petropavlovsk Plant acquired 39 modern high-performance machines; the entire technological process is computerized. A new line for the production of thermos cars for the transportation of perishable products has been opened According to the results of this year it is expected that the volume of production produced by the plant will reach 9.4 billion tenge, which will be 2.5 times higher than last year (3.4 billion tenge). 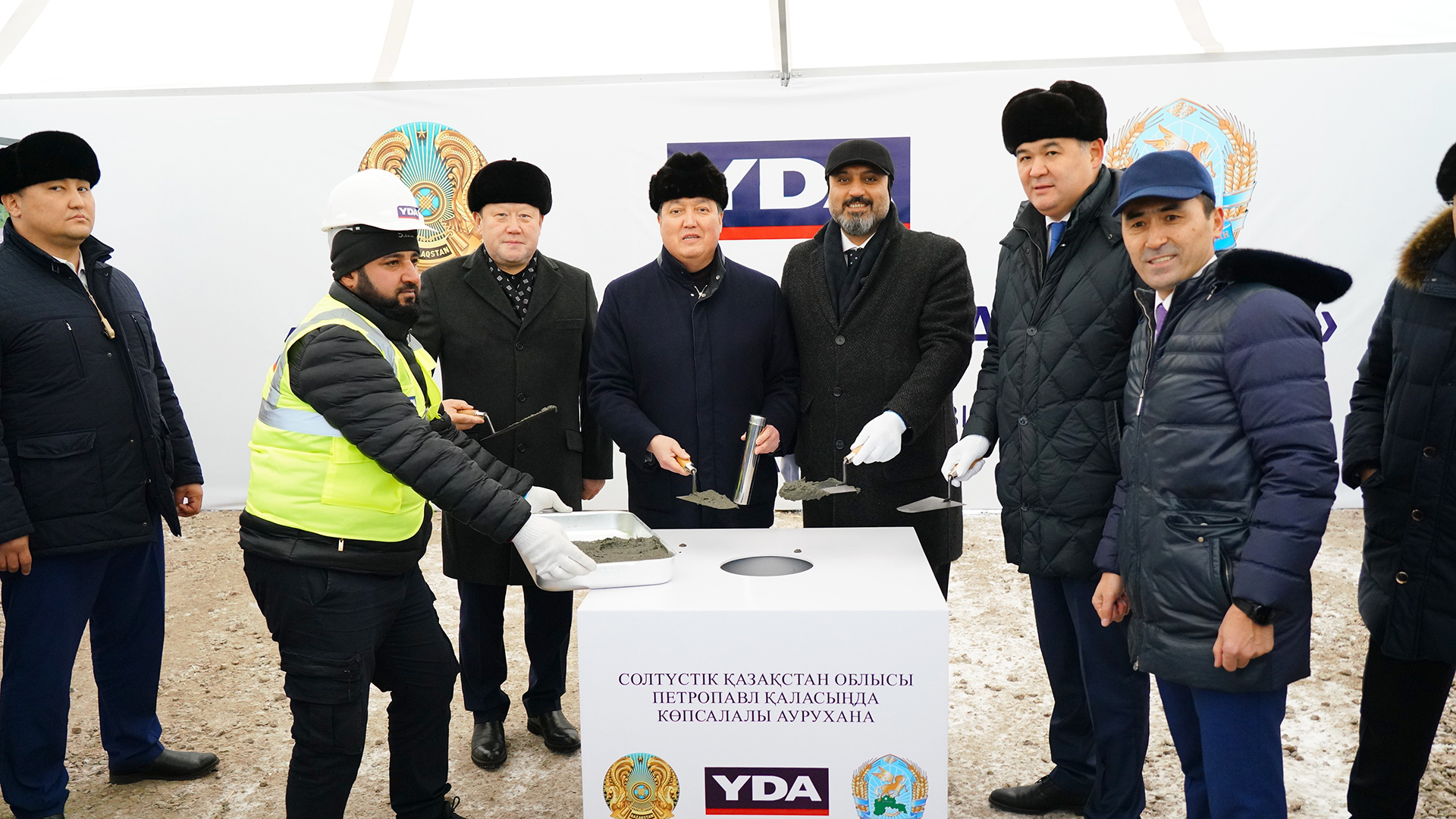 The head of government took part in the capsule laying ceremony at the construction site of a multidisciplinary regional hospital with 530 beds in the Shygys microdistrict of Petropavlovsk. The project will be implemented by mid-2022 by a Turkish investor, YDA Holding, under a public-private partnership agreement. The cost of the facility is 50 billion tenge; about 350 new jobs will be created. About 200 local doctors will take advanced training courses abroad. 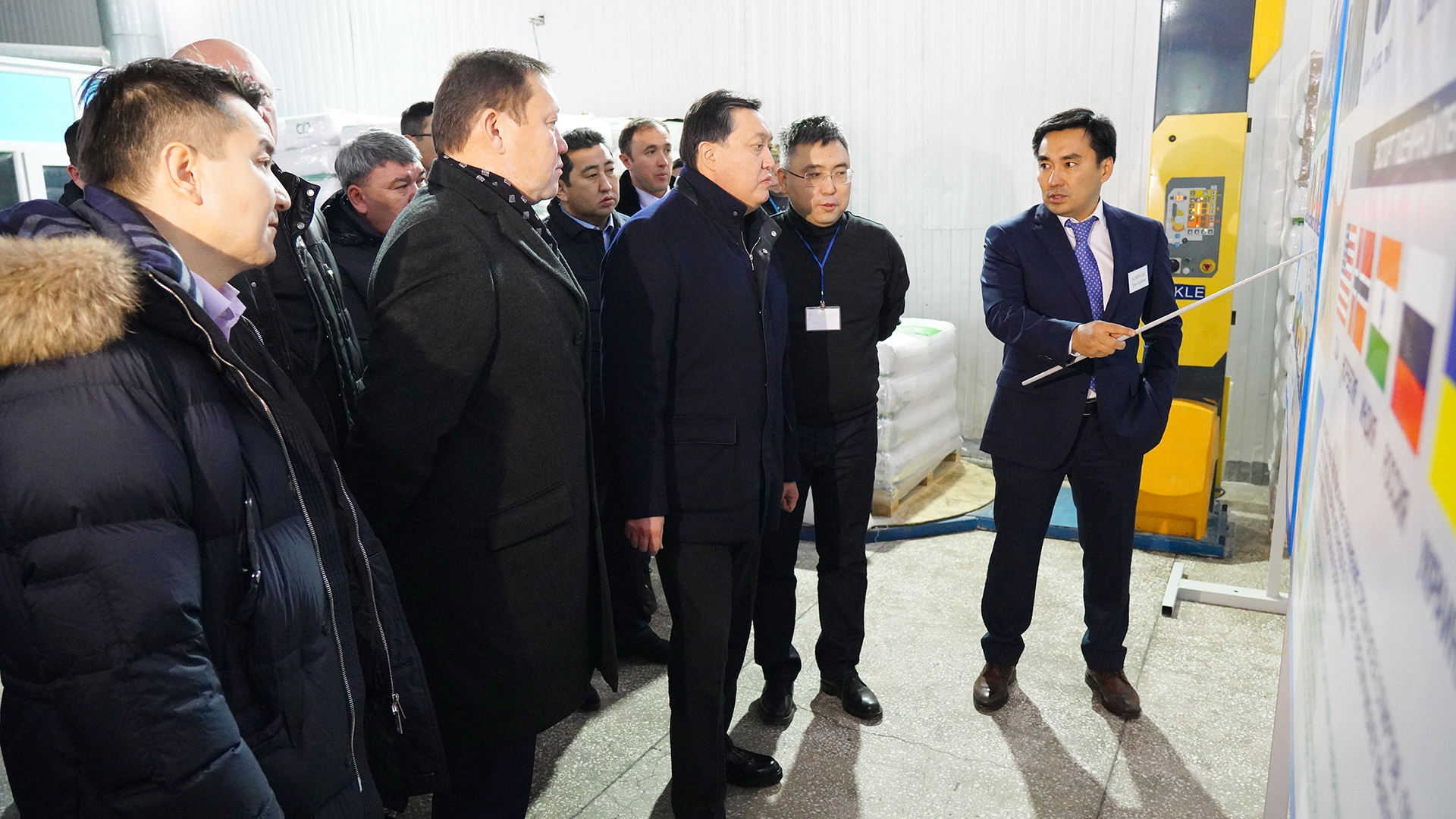 In the city of Taiynsha of the Taiynsha district, Mamin participated in the launch of the second line of the Bio operations factory – a starch and gluten production workshop. It is planned to increase production and processing by 2 times and reach 300 thousand tons per year. The total amount of investments attracted by the enterprise exceeds 11 billion tenge. In December 2019, it is planned to launch a bioethanol production workshop. Upon reaching full capacity, the number of employees of the enterprise will be doubled to 500 people. 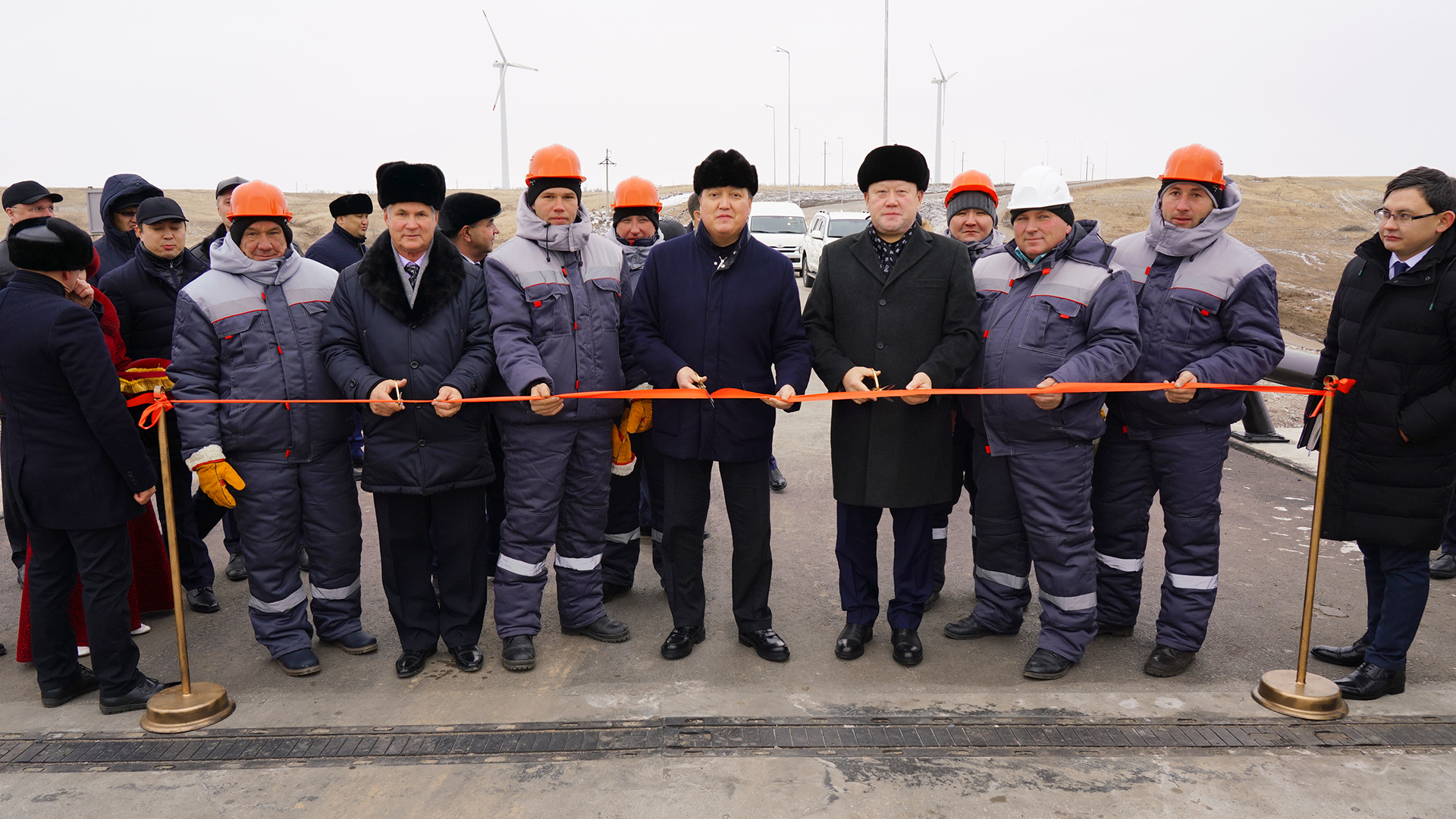 In Novonikolskoye village, Kyzylzhar District, the prime minister attended the opening ceremony of a new automobile bridge over the Yesil River, built as part of a public-private partnership. Previously, during the flood, the old bridge went under water and the villagers were cut off from the outside world. The new bridge will connect 10 settlements.

Since the beginning of the year, the volume of industrial production in the North Kazakhstan region amounted to 193.8 billion tenge, which is 1.1% higher than last year, the gross output in agriculture – 585 billion tenge (+ 2.6%).