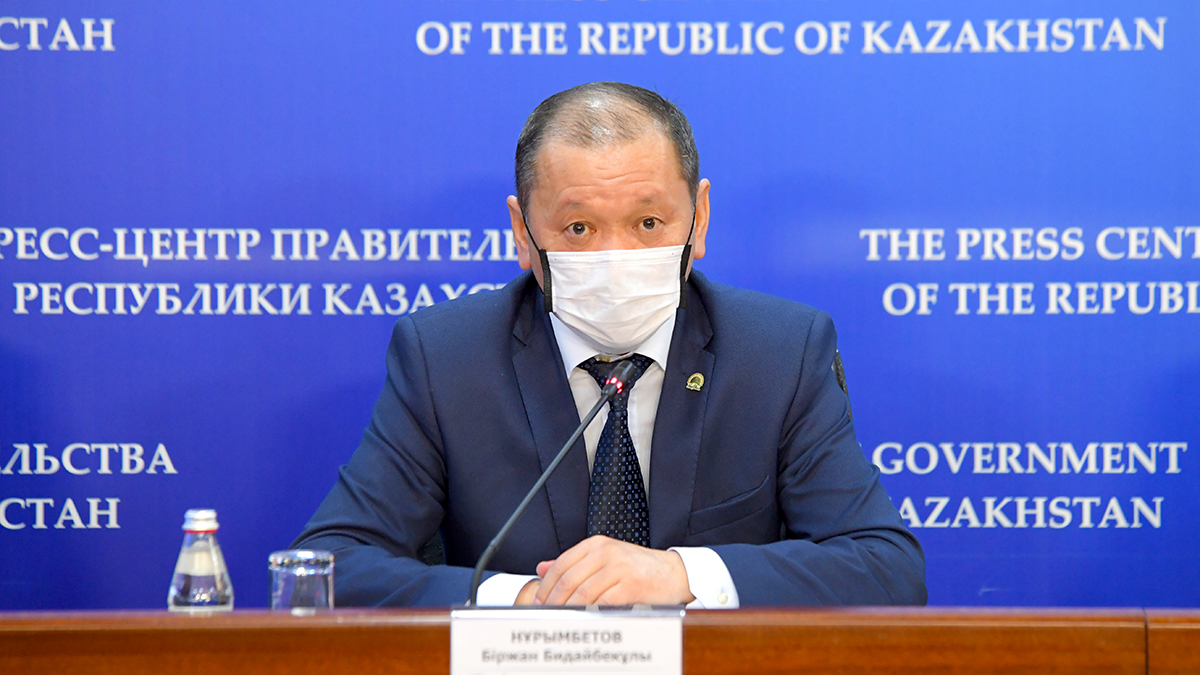 Minister of Labor and Social Protection of the Population Birzhan Nurymbetov, during a briefing at the government's press center, spoke about measures to implement the Address of the Head of State.

According to the minister, the basic principle is that pension savings are necessary for the future pension provision of citizens from the funded pension system. Therefore, a certain amount must remain in the retirement account. In excess of this amount, citizens will be able to use at their choice for the above needs.

“The task is not to give away all the pension savings,” Nurymbetov stressed.

The right to withdraw part of their savings from the Unified Pension Fund will be available for, according to the minister, firstly, citizens of working age who have pension savings — a part of the amount exceeding the so-called "sufficiency threshold" (this is about 529.7 thousand people). Secondly, established pensioners who have savings in the UAPF — up to 50% of the remaining amount (about 178.4 thousand people).

For this category of citizens, the total pension (including old-age pension, basic pension and payments from the Pension Fund) must be at least 40% of the amount of lost income (previously received wages).

Thirdly, citizens who have already issued a pension annuity and have more savings — the remaining amount in the Fund (about 13.3 thousand people).

“Thus, more than 721 thousand Kazakhstanis will be able to use the opportunity of targeted use of part of pension savings,” Birzhan Nurymbetov said.

What is the “threshold of sufficiency”?

The "threshold of sufficiency", according to the minister, is the minimum required amount of pension savings for a contributor of a certain age, which, taking into account future regular 10% pension contributions to the Fund from his income (not lower than the minimum wage), will allow providing pension payments not below the minimum pension up to 82 years.

The main parameters of the “sufficiency threshold” are the same for women and men.

According to the minister, the threshold will be recalculated for new recipients, based on the emerging parameters (profitability, inflation, the size of the minimum payment, etc.)

For each age, starting from 20 years, its own threshold has been determined.

For what purposes can you use your pension savings?

Birzhan Nurymbetov also noted that citizens with "threshold sufficiency" can use part of their pension savings to improve their living conditions or to pay for treatment for themselves, spouses or close relatives (grandparents, parents, children, grandchildren, brothers and sisters). For targeted use, it will also be possible to combine the funds of the specified family members.

“If the established requirements are met, there are no restrictions on the number of withdrawals, that is, it is allowed that citizens can reuse part of their pension savings for the same or another purpose,” he stressed.

What will be the mechanism for using pension savings?

During the briefing, a question was raised about how the mechanism for using pension savings will work, funds can be used only for primary housing or secondary housing, if housing is available, can these funds be used to pay off the mortgage?

“We offer not only the purchase of housing, but also for the improvement of living conditions. Therefore, the funds that can be withdrawn, citizens will be able to use to purchase housing and land, both in the primary and secondary markets. They can be used for the initial payment of obtaining a mortgage, repaying a mortgage and refinancing a loan, regardless of which bank they received, as well as for housing construction, repairs and expansion. If you have housing, you can use it to pay off the mortgage,” Nurymbetov explained.

It is proposed that the newly created Otbasy Bank be designated as an authorized operator for the targeted use of paid pension savings to improve housing conditions, according to the “one window” principle. According to the minister, this issue is under discussion.

The procedure for improving housing conditions through payments of pension savings is being approved by the Ministry of Industry and Infrastructure Development of the Republic of Kazakhstan.

It is assumed that in order to use part of the pension savings to pay for treatment, the contributor will apply to specially created commissions at health departments (regions, cities of republican significance). Having received the opinion of the commission on the need to provide medical care after choosing a clinic for treatment, the investor applies to the Authorized Operator for the targeted use of the paid pension savings to pay for the treatment (to be determined by the Government of Kazakhstan). The rules for referring citizens to receive medical care through payments of pension savings will be determined by the Ministry of Healthcare. The depositor will choose a private financial company for transferring pension savings to it by submitting an application to the Fund.

The rules for transferring pension assets into trust will be determined by the Agency of the Republic of Kazakhstan for the Regulation and Development of the Financial Market.

“These approaches have been supported by the Head of State. For their implementation, by the end of this year, all the necessary regulatory legal acts will be adopted and preparatory work will be carried out. Citizens of the above categories will be able to use the right to withdraw part of their savings from the Fund for targeted use already in 2021,” Nurymbetov said.