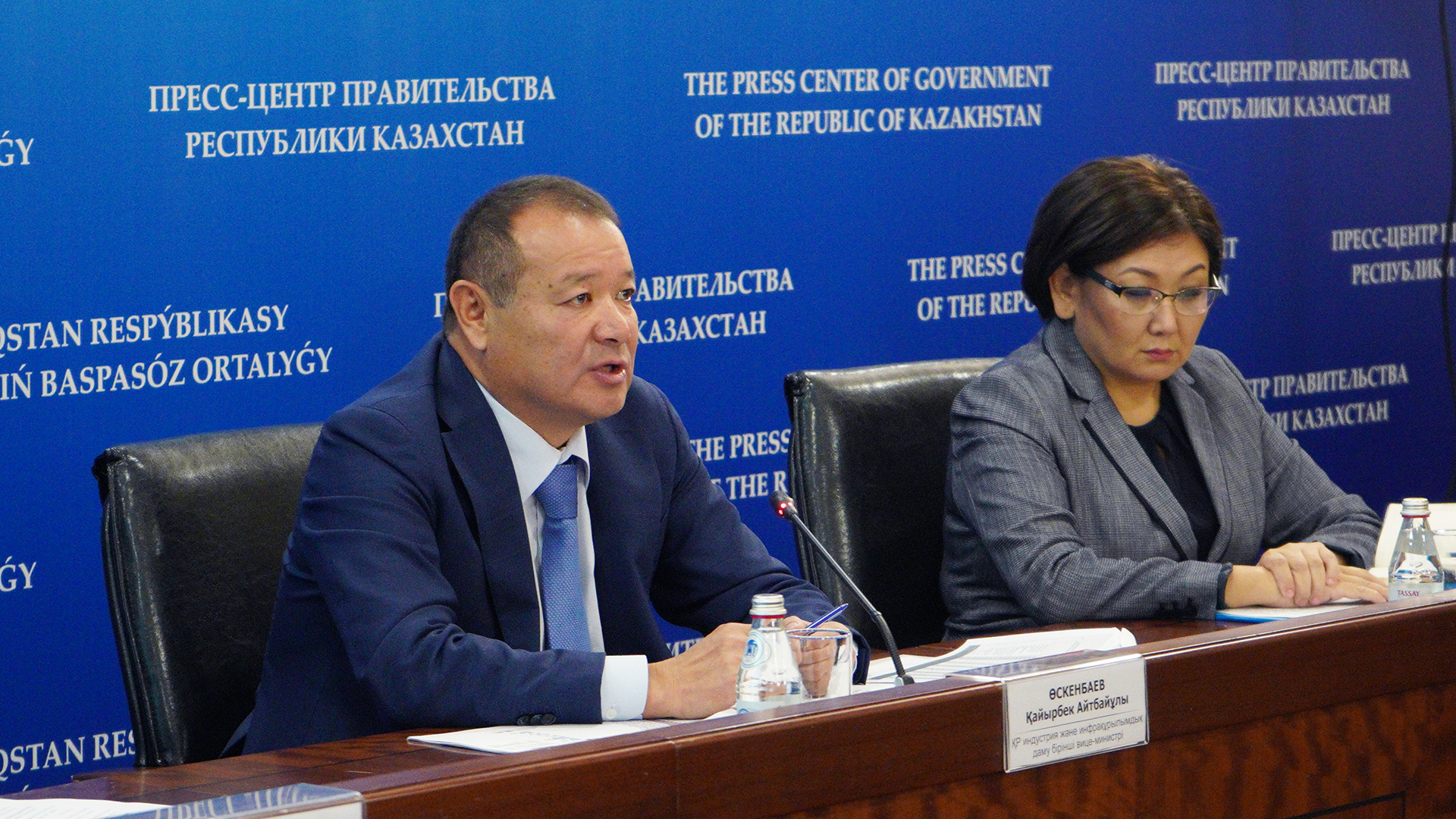 Sep 20 at a briefing in the press center of the Government, First Deputy Minister of Industry and Infrastructure Development Kairbek Uskenbayev and Chairman of the Board of Housing Construction Savings Bank Lyazzat Ibragimova spoke about the ongoing work to increase housing affordability for large families.

Within the framework of the Nurly Zher state program, according to the funds provided in the republican and local budgets for the corresponding financial year, rental housing without the right to purchase is provided:

2) socially vulnerable segments of the population;

In 2019, 32.8 billion tenge was allocated from the republican budget for the construction (acquisition) of 6002 rental homes without redemption for the waiting list of akimats. At least 4 thousand apartments will be commissioned annually.

For large families, until 2025, it is planned to build 40 thousand rental dwellings or 6 thousand apartments annually. For these purposes, 350 billion tenge is provided for 7 years (or 50 billion tenge each year).

“To date, we have already leased 2,813 apartments and are ahead of schedule. We plan not to rent about 6 thousand, but about 8 thousand apartments this year as part of providing mothers with many children,” Uskenbayev said.

The first vice minister also noted that every two weeks he meets with mothers with many children to clarify aspects of the program.

“They want housing right now. But patience is needed. It is necessary to observe the rules of priority. Neither I, nor the minister, nor the head of Government — no one can break the order, and skip someone out of turn. There is the law,” Uskenbayev said.

In addition, Uskenbayev commented on the issue of allocating a separate queue for large families to receive housing.

In May 2019, amendments were made to the law, according to which large families were equated with the primary recipients of preferential housing. A separate line was allocated for the speedy implementation of this initiative in the Nurly Zher program.

The chairman of the board of JSC Housing Construction Savings Bank of Kazakhstan Lyazzat Ibragimova, in turn, spoke about the transparency of the process of forming and promoting the priority when providing akimats with social apartments. According to her, the bank in conjunction with the ministry on an ongoing basis carries out reconciliation of data.

“Today, out of 512 thousand waiting lists, 160 thousand are depositors of our bank. That is, people believed and understood that there will not be absolutely free housing in Kazakhstan and conditions will be created so that people get housing faster. About 20% of these 160 thousand people, who are both the successors of the local executive bodies and the depositors of the bank at the same time, already have savings of more than 1 million tenge,” Ibragimova informed.

This category of people participating in the Nurly Zher program, where 5% per annum and 20% down payment, begin to become homeowners and leave the queue.

In the program Baqytty Otbasy, the same queues as in the local executive bodies — large families, single-parent families and families with disabled children.

“Now on our website hcsbk.kz there is a list of borrowers, that is, a list of families who received a loan. This transparency will be provided with us throughout credit housing. That is, we will publish lists of those people who receive housing,” Ibragimova said.

At the same time, the first vice minister of the relevant department noted the increase in the number of large families.

“Within three years we must fully provide large families with preferential housing. At the time when priority was declared, 29 thousand large families stood in line. Today there are 38,229 families. The line is growing quite rapidly. With a margin of safety, we are building housing for this category, taking into account growth, so the task will be fully completed,” Uskenbayev said.