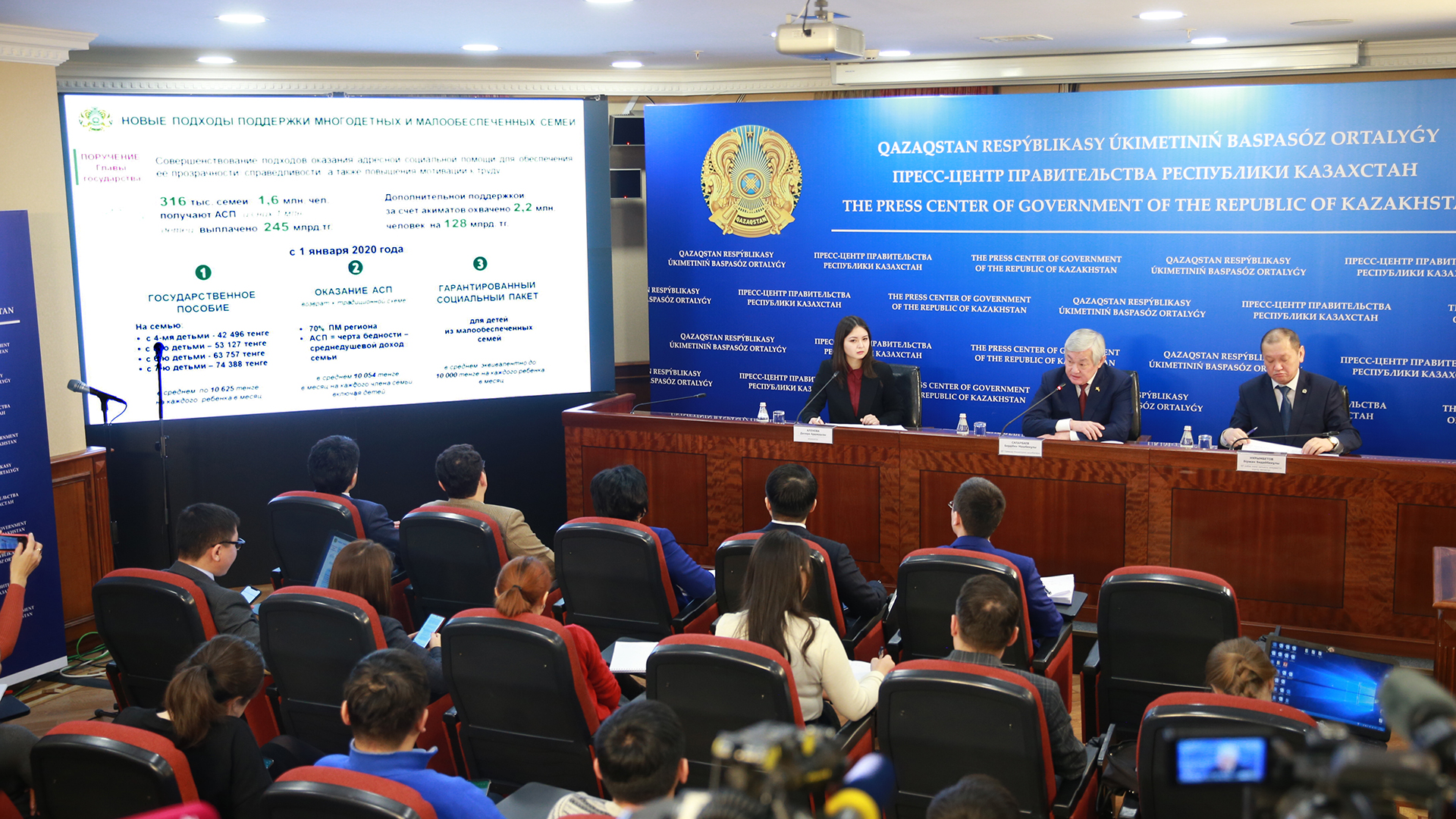 Deputy Prime Minister Berdibek Saparbayev spoke about the implementation of the Enbek State Program for the Development of Productive Employment and Mass Entrepreneurship in 2019.

“For three years in Kazakhstan, the Enbek state program has been implemented. Its main goal is to help Kazakhstanis in finding jobs. This includes training, the provision of skills in a particular specialty, grants, microloans at low interest rates,” Saparbayev said.

So, over 11 months of the current year, measures to promote employment and business development covered 623 thousand Kazakhstanis, including 416 thousand people were employed, 131 thousand people were trained, 46 thousand grants and microloans were issued. 176 billion tenge were allocated for these purposes.

Also in the framework of the third direction of the Enbek state program, it is planned to relocate citizens from labor-surplus regions — Mangystau, Kyzylorda, Zhambyl, Almaty, Turkistan regions, Nur-Sultan — to labor-deficient areas: Pavlodar, Kostanay, North Kazakhstan, East Kazakhstan. This year, about 9 thousand people were relocated from the southern regions of the country to the northern and eastern. To date, about 200 people have been relocated to Ekibastuz from Nur Sultan. They were provided with work and housing. Now this experience is planned to be extended to Akmola and Karaganda regions.

Since next year, the state program expects significant changes. So, short-term vocational training will be carried out only at the request of employers. New mechanisms “First Workplace” and “Generation Contract” will be introduced, the city of Almaty is included in the regions of departure of immigrants, and the reception of Akmola and Karaganda regions.

Facilitated microcredit conditions are planned for large and low-income families in order to stimulate their entrepreneurial activity. In particular, it is expected to reduce the rate from 6% to 4% per annum, increase the terms for issuing microloans from 5 to 7 years and accompanying Atameken branches of business projects from one to two years.