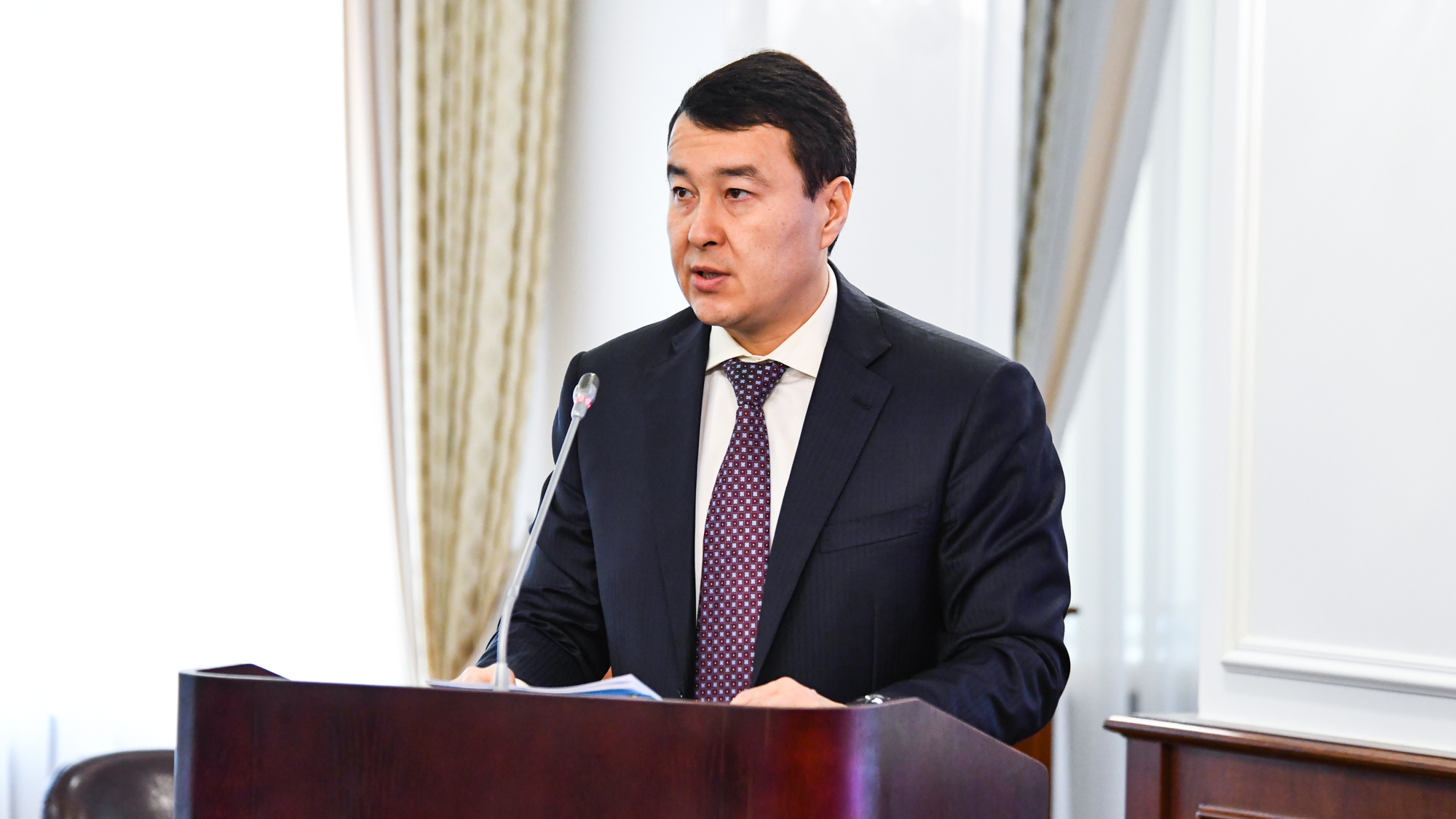 At the government conference call chaired by Prime Minister Askar Mamin, First Deputy Prime Minister – Minister of Finance Alikhan Smailov reported on the revision of the republican budget for 2020, including expenses for supporting the economy, SMEs, citizens and ensuring a balanced budget.

According to him, currently the whole world is faced with two global challenges — the spread of coronavirus infection and the slowdown in economic development. These interrelated factors strike the business, citizens and economy of the country.

“The draft Decree of the President ‘On Specifying the Republican Budget for 2020’ submitted for consideration is aimed at supporting the economy, SMEs, citizens in these difficult conditions and ensuring a balanced budget. The republican budget revenues are determined in the amount of 6.4 trillion tenge. Due to unfavorable external factors, a decrease is expected in terms of VAT, ETP for crude oil and receipts for the use of natural resources,” said Alikhan Smailov.

As Smailov noted, expenses in three areas are additionally provided for supporting citizens and the economy in a state of emergency.

The first direction. The following series of measures are provided to ensure economic stability and the state of emergency.

One trillion tenge will be allocated from the budget for the implementation of the Employment Roadmap. Infrastructure projects will be implemented and 250 thousand jobs created.

“An additional 84.5 billion tenge is planned for the implementation of the Business Roadmap. It is envisaged to strengthen measures to support entrepreneurship through subsidizing and guaranteeing loans to entrepreneurs. This will create about 16 thousand jobs and tax revenues of more than 250 billion tenge,” said Alikhan Smailov.

For the provision of food and household sets for certain categories of citizens, another 30.8 billion tenge are provided. This measure will cover more than 2 million people.

In the framework of the clarification, additional costs in the amount of 50 billion tenge are envisaged for the implementation of the Enbek program. As a result, the development of mass entrepreneurship will continue, the creation of an effective model of labor mediation and skills, including support for socially vulnerable groups of the population.

In addition, Smailov commented that, given the current situation of the spread of coronavirus infection, the Head of State was instructed to make surcharges to medical and other employees involved in quarantine measures. For these purposes 40.5 billion tenge are provided.

The third direction. It is proposed to allocate 293.3 billion tenge to support citizens and the economy, including the implementation of individual instructions of the Head of State.

Within the framework of these funds, it is planned to implement several measures and projects aimed at stimulating production, while improving the quality of life and increasing income and demand.

To cover losses on budget revenues and implement the above measures, the republican budget expenditures by 532 billion tenge were optimized. The budget deficit increased by 841 billion tenge.

As a result, the parameters of the republican budget were as follows:

“The corresponding draft Decree ‘On Specifying the Republican Budget’ will be submitted to the Head of State. After a decision has been made, in order to ensure a quality and timely use of funds, administrators of budget programs will need to conduct public procurement procedures and other relevant activities in time,” concluded Smailov.