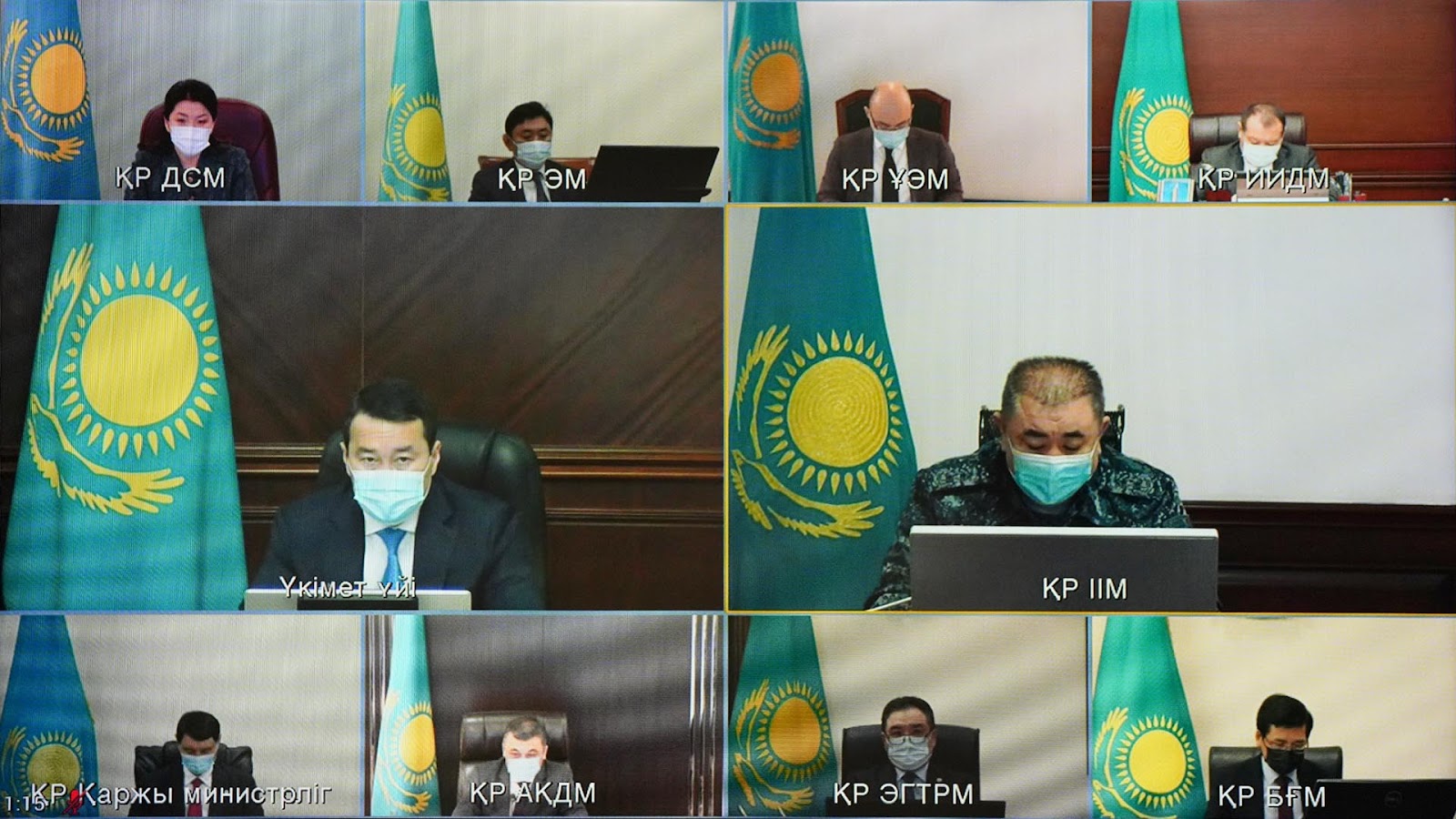 At the government session chaired by Prime Minister Alikhan Smailov, the Plan of Operational Actions to Stabilize the Socio-Economic Situation in the country was considered.

The operational action plan to stabilize the socio-economic situation in the country was prepared on behalf of the Head of State Kassym-Jomart Tokayev.

The document contains a number of operational and short-term measures aimed at the security and comprehensive support of citizens and businesses, as well as the prompt stabilization of the socio-economic situation in the country.

“During the implementation of the Plan, first of all, assistance will be provided to the families of the dead citizens and the injured. Employees of law enforcement agencies and civil protection bodies are also provided with proper support from the state. All points of the Plan relating to the Ministry of Internal Affairs are very important and must be implemented efficiently and promptly,” Smailov said.

The Head of Government stressed that citizens and legal entities affected by the riots were granted a deferment to repay bank loans and microcredits until the end of the state of emergency by region.

According to the results of the work of the Government and regional commissions for the elimination of the consequences of the riots, the necessary financial resources will be allocated from the republican and local budgets to compensate for the damage incurred.

To reduce the burden on business, until Feb. 1, 2022, tax and customs audits of state revenue authorities, as well as the issuance of notices on cameral control, will be suspended.

Together with NCE Atameken it is planned to develop and adopt a program to increase the income of the population.

“The issue of increasing people's incomes should be the most important for us. Any plan, any program should be aimed, first of all, at increasing the incomes of Kazakhstanis. At all levels of management, work efficiency will be assessed precisely by this indicator,” Smailov said.

In order to reduce the level of youth unemployment, the terms of passage and wages will be increased within the framework of the Youth Practice and First Job projects.

The Prime Minister instructed the first heads of state bodies and akims of the regions to take personal control over the implementation of the activities of the Operational Action Plan to stabilize the socio-economic situation in the country.