About 1 million square meters of housing commissioned in 2019 in Aktobe region, which is a record level for region — Ondasyn Urazalin 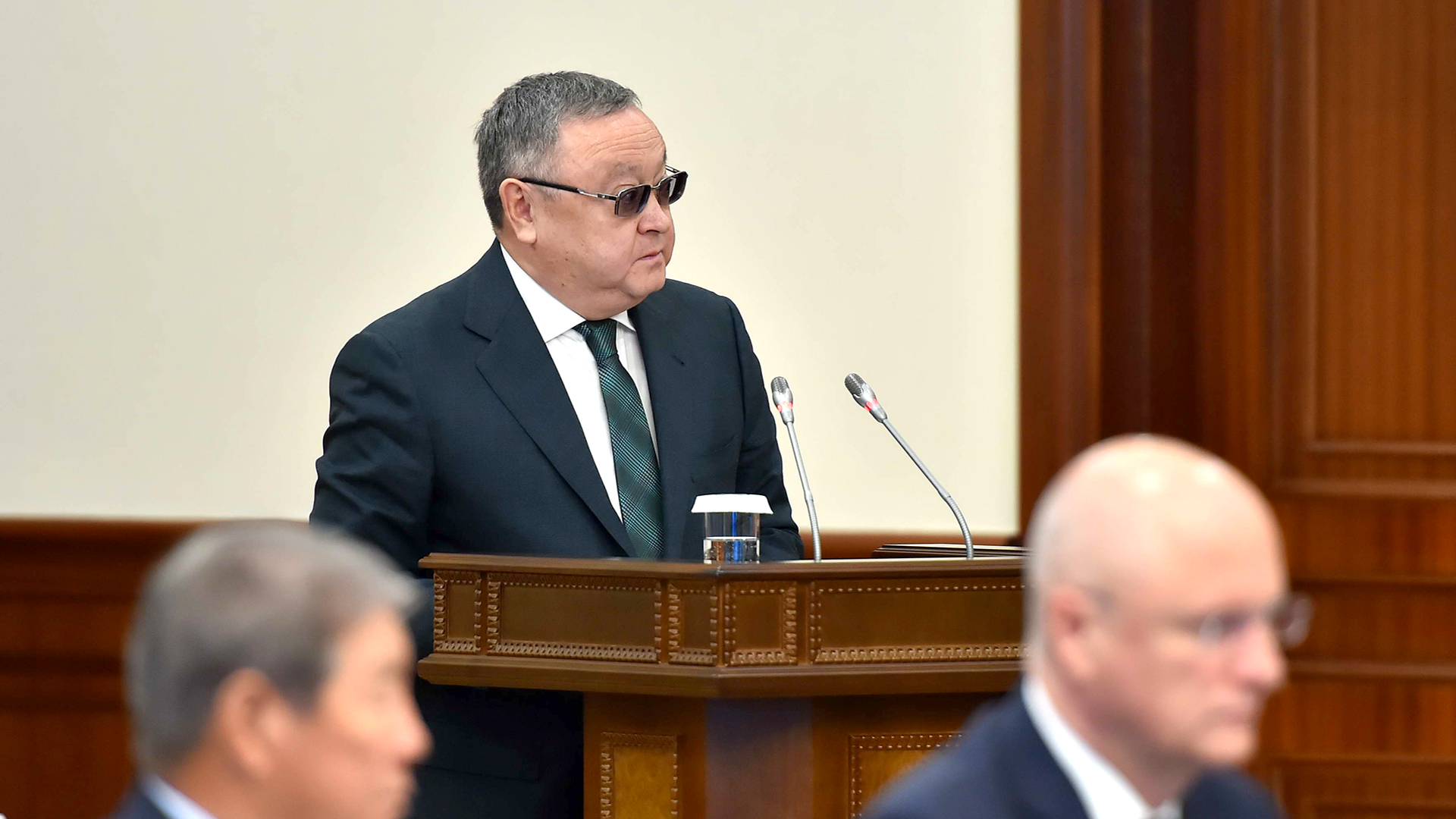 During the extended Government session chaired by the Head of State Kassym-Jomart Tokayev, Akim of the Aktobe Region Ondasyn Urazalin reported on the results of socio-economic development of the Aktobe region in 2019.

According to him, the socio-political situation in the Aktobe region is stable. According to the results of last year, positive dynamics was achieved in all indicators of general socio-economic development, the regional economy grew by 5%. Inflation rate — 105.2%. The record level of revenues to the consolidated budget was set at 547 billion tenge. The growth was 2.4%.

As the akim of the region noted, adherence to the concept of “a State that hears the voice of the people” has become a key principle in implementing state programs. Meetings with the population, regular work with citizens' appeals, monitoring of social networks revealed the main problems that concern the population of the Aktobe region.

“Taking into account the new social and economic challenges, we made a decision to launch a project in the region to transform and adapt the region to modern conditions. This implies a change in approaches to the quality of public administration in the region, aimed at economic growth and satisfaction of citizens of the region, at the application of a pragmatic project approach in the implementation of infrastructure and social projects,” said the akim of the region.

Representatives of civil society, the public sector, large, medium and small businesses, development institutions, as well as the presidential youth talent pool are involved in the transformation of the region.

The region is one of the most important strategic nodes of the republic. About 350 km of roads (including 285 km of regional and local significance) were repaired last year. This year, it is planned to repair about 500 km of roads for which 23 billion tenge are allocated (in 2019 —  19.7 billion tenge).

At the same time, Aktobe International Airport will be in the zone of special attention, especially in the light of plans for the development of the Aktobe agglomeration. One of the most important issues for the region is the opening of three international checkpoints to significantly increase the transport and logistics potential of the region.

According to the akim, a high birth rate, a dynamic population influx and economic growth rates already create an increased demand for housing for the population. In the queue for the receipt and purchase of housing are 30 thousand people, and on the periphery of Aktobe, 150 thousand city dwellers need land for individual housing construction.

“We commissioned 1 million m2 of housing (112.4%), which is a record level for the region. This year we want to focus on the provision of housing assistance for socially vulnerable segments of the population. The local executive bodies have a special control over the further development of the Aktobe agglomeration. This year, we focus on summing up the engineering and communication networks of the agglomeration settlements for gas and water supply,” the regional akim said.

As Urazalin emphasized, improving the investment climate and attracting investments are key tasks for the coming period. Today, in the Aktobe region, the investment contribution to the gross regional product is 20%. Nowadays, the Eurasia SEZ and the Industrial Park are being created together with the Turkish investor GOSB, which will additionally attract more than 500 billion tenge and create at least 15 thousand new jobs.

“In the process of attracting investments, we would like to achieve another important goal, namely, to create a favorable image for foreign investors. This will be ensured by attracting foreign investors with high standards of doing business and social responsibility,” he said.

Attention is also paid to the development of regional science and increasing the level of innovativeness of the economy. Large enterprises of the region allocate about 5 billion tenge per year for research and development.

In addition, the region has set a number of ambitious goals to increase the number of cattle and small cattle by three times until 2025.

“To solve these problems at a fast pace, it will be necessary to increase the feed base. Therefore, we plan to increase the area of ​​irrigated land by 3.5 times or up to 100 thousand hectares, which will significantly increase productivity,” the regional akim summed up.