Incidence of CVI decreased by 4.5 times, mortality rate by 4.8 times over past two months in Kazakhstan — Alexey Tsoy 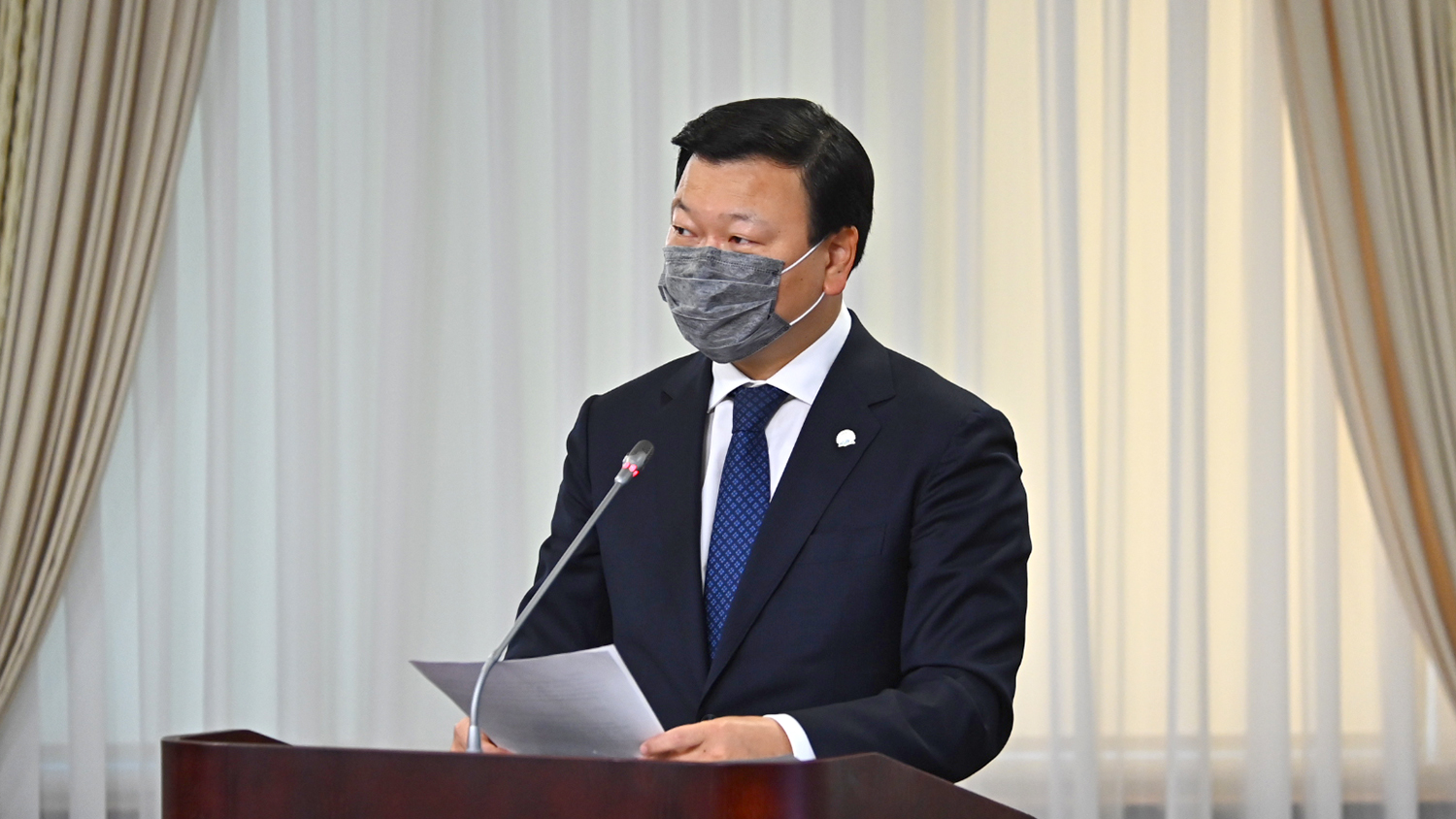 At the government session chaired by Prime Minister Askar Mamin, the sanitary-epidemiological situation in the country was considered. Minister of Healthcare Aleksey Tsoy, akims of the North Kazakhstan region Kumar Aksakalov, the Akmola region — Yermek Marzhikpayev presented their reports.

As the Minister of Healthcare Alexey Tsoy informed, more than 244 million cases of CVI have already been registered in the world, more than 300 thousand cases are registered per day. More than 4.9 million people have died.

A decrease in the increase in morbidity is noted in 19 countries of the EuroWHO, including Israel by 58%, Spain by 28%, Switzerland by 16%, Montenegro by 4%, and Italy by 3%.

In Kazakhstan, the incidence has decreased by 11% over the past two weeks.

“Today, there are 8 regions in the green zone: Zhambyl, Mangystau, Turkistan, Aktobe, West Kazakhstan, Atyrau, Almaty regions and the city of Shymkent. The Republic of Kazakhstan and 5 regions are in the yellow zone (East Kazakhstan, Kyzylorda, Karaganda regions, the cities of Almaty and Nur-Sultan). Four regions remain in the red zone (Akmola, Kostanay, Pavlodar and North Kazakhstan regions). The reproductive number is 0.96,” Tsoy informed.

In general, in Kazakhstan, over the past two months, the incidence has decreased by 4.5 times, and the mortality rate by 4.8 times.

In Kazakhstan, since Aug. 1, there has been a decrease in the employment rate of infectious beds from 56 to 37%, intensive care beds from 45 to 30%. There are more than 30 thousand beds in the reserve.

“In connection with the stabilization of the epidemiological situation, work continues on the closure of temporary infectious facilities. In the period from Aug. 25 to Oct. 18, 2021, 103 facilities have been closed in all regions,” the minister said.

It is worth noting that the ministry has updated the forecast of the epidemiological situation for coronavirus infection for the next 3 months.

So, under the pessimistic scenario, the average daily number of registered cases in November will be up to 1,800 cases, in December up to 2,350 cases.

The Ministry of Healthcare, together with local executive bodies, continues to monitor and implement preventive and anti-epidemic measures for CVI.

Akim of the North Kazakhstan region Kumar Aksakalov informed that the sanitary and epidemiological situation in the region is under control. Since the beginning of the pandemic, 27,865 cases of infection have been registered, of which 135 over the last day. 90% of patients recovered, 276 people died.

“We believe that the incidence has reached peak values ​​and we have reached a steady plateau. We expect a gradual decline from next week,” Aksakalov said.

The main reasons for the increase in the incidence are not full compliance by the population with sanitary standards, a small proportion of vaccinated people over 61 years old, as well as an increase in the number of citizens with ARVI symptoms. Over the past 2 weeks, in comparison with the last epidemic season, the number of ARVI cases has increased by 1.5 times from 1,665 to 2,470 people.

According to the akim of the North Kazakhstan region, the medical institutions are working as usual. Infectious diseases hospitals are 53% occupied, 841 people are undergoing treatment. There are 51 patients in intensive care units. The number of hospitalizations averaged around 70 per day. In case the situation worsens, we are ready to deploy another 1,000 beds. The medical and pharmacy chains are provided with drugs in full.

“Against the background of the complication of the situation, restrictive measures in the sphere of trade have been strengthened, all mass events have been banned, and sanitary requirements have been strengthened in public transport. The work of the monitoring groups continues, bringing the violators to administrative responsibility. Attempts to violate the isolation regime according to the Ashyk application are suppressed,” Aksakalov said.

In turn, akim of Akmola region Yermek Marzhikpayev said that from the beginning of this year, more than 37 thousand cases of coronavirus have been registered. Over the week, the average increase in morbidity was 0.3%, over the last day — 0.3%.

One thousand infectious beds were deployed on the basis of 20 infectious diseases hospitals. 571 people receive treatment in them, 57% of beds are occupied. There are 2.5 thousand beds in the reserve. 112 intensive care beds have been deployed, of which 64 are occupied.

“The intensive care units are 100% equipped with medical equipment. An irreducible 2-month supply of drugs in demand has been created. Also, pharmacies have all the necessary medicines for the treatment of viral diseases. An additional 500 million tenge is provided in the stabilization fund,” Marzhikpayev informed.

Restrictive measures remain in the region. In general, a ban on holding mass events has been introduced. The activity of shopping centers, public catering facilities is limited, with the exception of those working in the Ashyq project. In educational organizations, work has been strengthened to comply with sanitary standards.